7 Things You Didn’t Know About ‘Murder, She Wrote’

Murder, She Wrote was a hugely popular show in the ’80s and early ’90s. Starring Angela Lansbury, the premise of the show was about a woman named Jessica Fletcher, who worked as a mystery writer and amateur detective. The series lasted for an impressive 12 seasons, which aired from 1984 to 1996 on CBS. It goes down in history as one of the most successful and longest-running shows in history! It’s been over 20 years since the season finale, so here’s a look at 7 things you didn’t know about Murder, She Wrote!

As we all know now Angela Lansbury landed the role of Jessica Fletcher and played it well! She earned four Golden Globe Awards for her performance in addition to six more nominations, and numerous Emmy Award nominations. Safe to say we couldn’t imagine any other actress in that iconic role, but when the show was first being shopped around that role was offered to Doris Day and Jean Stapleton, who’d turned down the role for “personal reasons.”

The title “Murder, She Wrote” was not surprisingly inspired by the 1961 film Murder She Said. Not only that but Jessica Fletcher’s character was also modeled after Murder She Said‘s main character, Miss Marple, and the author Agatha Christie. Miss Maple was a hit on British television in the ’80s, so CBS used her as a model to bring that success to an American audience.

Murder, She Wrote was set in the fictional town of Cabot Cove, Maine. This is where Jessica Fletcher lived with her husband and son. When a scene took place in the harbor of this little town, it was filmed at the Universal Studios’ ‘Jaws Lake.’ Also the exterior shots of her house at 698 Candlewood Lane were shot at the Blair House Bed & Breakfast in Mendocino, California.

4. Angela Lansbury was Protective of her Character

In an interview with the Los Angeles Times in 1985, Lansbury prided herself on not only learning her lines, but also on her high set of standards for herself and her character. “I’ve shouted a few times, and said, ‘Listen here, now, I think we have to watch out for this. We’ve got to keep her credibility high.’ Any kind of reference to her being an old fogy or being out of date, or making deprecatory remarks about a type of person — I don’t think Jessica is about that,” said Lansbury. “She’s a hep cat, a smart cookie; she really is. She knows a lot about a lot of things, so whenever they tend to get her a little eccentric in a wrong way, I just take it right out.”

Throughout all 12 seasons Jessica Fletcher never drove a car. She always rode a bike, took a cab, the train, or hitched a ride with a friend. According to Lansbury, writer and co-executive producer Peter Fischer indulged in the idea that Fletcher was a younger version of Miss Marple. “He played up the fact that physically, Jessica was a very active woman — she rode a bicycle, she jogged, she looked after herself. She did not drive a car; I don’t know why. As it turned out, it was a very good thing she didn’t because it precludes, in a sense, the need for car chases. We have enough of them — there are enough shows that do very, very exciting car chases,” she said to the L.A. Times.

In 1996, during Murder, She Wrote‘s last season, CBS’s programming chief, Leslie Moonves took Murder, She Wrote out of its highly popular Sunday time slot and moved it to Thursday to compete against NBC’s Must See TV lineup which included Friends, a rising show at the time.  This change was seen as a sabotage by Angela Lansbury and many viewers. The episodes “Murder Among Friends” and “Death by Demographics” in season 12 were digs at CBS for cancelling the show and setting it up for failure. When the series ended, it went on to create four TV movies which were released between 1997 and 2003.

Jessica Fletcher’s middle name is Beatrice, and there’s a special meaning behind that! The name Beatrice comes from Angela Lansbury’s real-life friend, Beatrice Arthur, who was also her co-star on Mame. Also, Jessica’s late husband, Frank, was named after Lansbury’s Maude co-star who was also named Frank, and Beatrice Arthur’s birth name which was Bernice Frankel. That’s a lot of crossover! 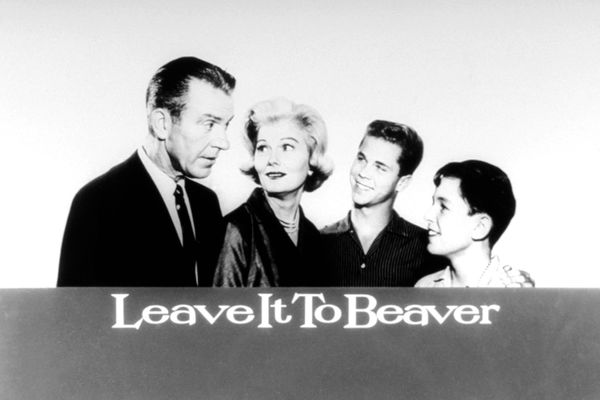 8 Things You Didn’t Know About ‘Leave It To Beaver’