8 Things You Didn’t Know About ‘Leave It To Beaver’

Leave It to Beaver has become an iconic American sitcom from the 1950s and 1960s and well known as the first primetime sitcom told from a child’s point of view. The show followed the life of Theodore “The Beaver” Cleaver and his family, June and Ward Cleaver, and Beaver’s brother Wally. Leave It to Beaver ran for six seasons first on CBS and later on ABC from 1957 to 1963. It’s been over 50 years since the show was on the air, so let’s take a look back at 8 things you might not have known about the series!

8. Based on Real Experiences

Many of the show’s storylines were developed from real life stories of the writers and show creators, Joe Connelly and Bob Masher. Connelly based the characters of Wally and Beaver on his own two sons, while Eddie and Larry were developed off their friends. Connelly even went so far as to record his sons conversations with their friends in a notebook! The episode “The Haircut” was based off a real life experience of Mosher when he had to wear a stocking cap in a school play after he gave himself a bad haircut. Connelly’s 14-year-old son Jay had a habit of combing his hair too frequently which was then incorporated into Wally’s character.

Fans didn’t have many critical things to say about this classic TV show, but one thing that did bother some was that June, the family matriarch, was always vacuuming or washing dishes while wearing high heels. What viewers might not remember is that she actually wore flats throughout the entire first season. She started wearing heels in the second season at the request of producers because her TV sons were having growth spurts and they wanted her to be taller than them if possible. In an interview from 2007, Barbara Billingsley revealed why she always wore pearls on camera. It was because she had a small indentation above her sternum that didn’t photograph well.

According to Tony Dow, the show went out of its way to have what he called a “low key sense of humor.” He said “if any line got too much of a laugh, they’d take it out. They didn’t want a big laugh; they wanted chuckles.” In order to achieve this Connelly and Mosher created humor in simple, everyday life situations instead of relying on contrived jokes.

Leave It To Beaver became the first primetime American production to have a series finale in 1963 when star of the show, Jerry Mathers, decided he wanted to retire and focus on school. He’d been acting since he was two-and-a-half and decided it was time to switch gears. It was a hard decision for producers because the show was still earning high ratings.

Tony Dow was cast in the show by fluke. He had no prior acting experience and no aspirations to become an actor. He was a Junior Olympics diving champion. In fact, he hadn’t even gone to the audition to get a part on the show — he was there to accompany a friend. The producers remembered him from the auditions when it came time to cast Beaver’s older brother, who was a high school jock, and the rest is history! When Jerry Mathers auditioned for the role of Theodore Cleaver, he showed up in a Cub Scout uniform. He won over the casting directors with his witty remarks like saying he had to “leave for his den meeting” and innocent candor which led to him being cast in the lead role.

3. Wally and the Beaver

The pilot episode which aired on April 23, 1957 was originally supposed to be called Wally and The Beaver. The name was changed on the advice of potential sponsor Remington Rand who advised against it because they thought viewers would think the show was a nature program and not a family sitcom. Another name that was in the mix was It’s a Small World — in fact the pilot aired under that title.

The cost of creating Leave It to Beaver was high, it was one of the most expensive productions during its time. One of the more costly expenses for the show was the outdoor scenes. Each episode was budgeted at $30,000 to $40,000 each, and the most expensive episode was “In the Soup,” where Beaver gets stuck in an advertising billboard. This particular episode cost about $50,000. The production team had to build two giant billboards for the scene.

Like many other shows Leave It to Beaver had several main sponsors. These brands were Ralston Purina, General Electric and Chrysler Corporation — their products were exclusively featured on the show with the GE logo clearly featured on all the kitchen appliances and Ward Cleaver was seen driving a Plymouth Fury in the opening credits of the show from season 3 and onward. In season 1 and 2 he drove a 1957 Ford. 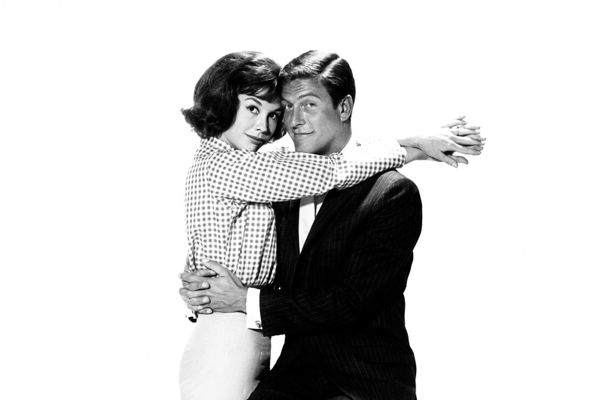