Who else thinks Jason Thompson is rocking his Billy Abbott character on the Young and the Restless (Y&R)? While some fans may remember him as Dr. Patrick Drake during his 10-year tenure with General Hospital (GH), Y&R audiences are certainly warming up to this new Billy. There is so much more to this incredible actor than what he does on soaps, so here are 10 things you might not have known about the Y&R’s Jason Thompson.

Thompson was born and raised in Alberta, Canada, and has said it’s hard for him to hide his Canadian roots because he constantly talks about hockey, wears a lot jeans and jean jackets, and will often frolic and roll around in the snow when it is part of a set! That’s because he misses the snow so much. Thompson ensures he visits the Great White North as much as he can because Canada is still home to him.

It might not be a huge surprise to fans that Thompson’s hobbies include hockey and snowboarding. In fact, he’s a huge fan of the Edmonton Oilers (shocker) and in an interview he stated that he would never be a fan of another team until one of his kiddos starts playing in the NHL. That is commitment!

Thompson has clearly stayed close to his Canadian roots considering he co-owns three restaurants (along with two of his best friends from childhood). The establishments are The Bower, Redstar, and Lock Stock Coffee, and are all located in the city of Edmonton, Alberta. They clearly are all a great success, as they have been open for about 17 years now.

Thompson knew from a young age that he was destine for the entertainment business. At 16 he was discovered by a modelling scout while working at an Edmonton restaurant. Two years later, he left his family behind to pursue modelling and was even part of the famous 1999 Gap ads, ‘Everyone in Cords’, ‘Everyone in Vests’, and ‘Everyone in Leather’. While he clearly enjoyed modelling, Thompson always had the idea of diving into the world of acting.

After Thompson decided to make the transition from model to actor, he began dabbling in a variety of theatre, film, and television projects. He was the lead in the following plays: Jakob, More Than You, and The Academy, and appeared in the films Fulfilled, Divide, and Wishmaster: The Prophecy. Some audiences may recall the television stints Thompson has had on hit shows like Flipper, Felicity, and Castle before he hit GH in 2005 and began carving out an incredible career in daytime drama. He has racked up five (consecutive) nominations in total over the years.

5. A Romantic At Heart

Thompson has experienced great success in the land of soaps which isn’t shocking considering he seems to be a romantic at heart. He proposed to long-time girlfriend Paloma Jones in 2014 while the two were on a weekend away in Mexico. About a year later they went back to Mexico and got married on the beach. The two are share a wonderful life together with one son and a baby girl on the way!

GH castmate Billy Miller (Jason Morgan) once played the infamous Y&R’s Billy Abbott, the role Thompson recently stepped into. In late 2015, when Thompson exited GH to head to the Y&R, colleague Miller had no issues mentoring Jason to help him out with his new character. As Thompson puts it, Billy was very ‘cool’ about it. Nice to know that even in the land of daytime drama friends help friends.

There is no denying Thompson’s good looks. As a model and soap actor it is sort of a requirement to be handsome. In 2007 Thompson got quite the accolade when he was listed as People’s ‘Sexiest Soap Star’ in their ‘Sexiest’ November edition for that year.

2. Teacher For A Day

Turns out Thompson can not only can act, but he can teach too and he did it for an awesome cause. In 2007 when Thompson was a part of GH, he took part in a Fan February promotion initiative that ABC had launched. As such, the actor swapped jobs with a teacher who taught first grade in Texas. What an incredible experience that must have been for Thompson, the teacher, and her class!

A interesting tidbit that many don’t know is that he actually had to repeat the second grade when he was growing up. Good news is, it was only a minor stumble in his academic career and Thompson ended graduating from St. Albert High School years later. 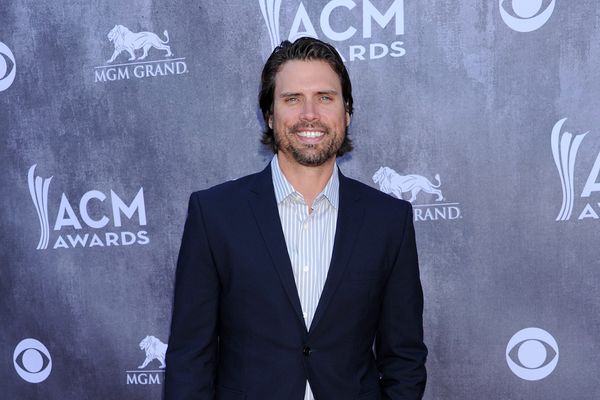