Zac Efron has been busy trying to make the transition from teen heartthrob to respectable adult actor. With Neighbors 2: Sorority Rising hitting theatres, he’s been making the press rounds, giving us all little tidbits about his life. We’re personally dying to know more, so here are 10 things you probably didn’t know about the High School Musical hottie:

He was born in San Luis Obispo, California, but was raised in Arroyo Grande, California. His father is an electrical engineer at a power station and his mother is a secretary there. He decided to get into acting when his parents urged him to do some extracurricular activity.

Before Efron got his big break in High School Musical at the age of 17, he was planning on going to USC to study film.

Even though The Paperboy actor really wanted to do the remake of Footloose, he ultimately chose not to because he didn’t want to do another musical. “I was aching to do it,” he said. “It just sounded like so much fun. But I knew if I did that, it would ultimately be limiting. And at that point, I was really searching for something else. It was never about money for me, [but] the hardest part was saying no to Kenny because I adore him so much.”

The former teen heartthrob was raised in an agnostic household. His parents didn’t practice any religion when he was growing up; however, his family name Efron is Ashkenazi Jewish surname, taken from a Biblical place name.

6. Not a Good Athlete

Growing up, he wasn’t a great athlete. “I was always the shortest kid at school. Always the worst kid on the team. I’d come home after practice and my dad would build a basketball hoop. Then we’d go out and shoot 100 free throws. Pretty soon every time I got fouled I would make my free throws,” he told Elle.

Tom Cruise taught the Neighbors star how to ride a motorcycle. According to Efron, Cruise flagged him down in the lobby of CAA and invited the young star to his home. There he taught Efron how a motorcycle engine works and then let him ride one of his bikes.

The High School Musical star has difficulty sleeping and he struggles with anxiety.

In 2013, Efron went to rehab for alcohol and substance abuse issues. “I was drinking a lot, way too much,” he told The Hollywood Reporter. “It’s never one specific thing. I mean, you’re in your 20s, single, going through life in Hollywood, you know? Everything is thrown at you. I wouldn’t take anything back; I needed to learn everything I did. But it was an interesting journey, to say the least.”

He broke his jaw in his L.A. home back in 2013. He reportedly slipped on a puddle and then had to have his jaw wired shut. He also had a gash from the incident, which required stitches.

The Hairspray actor told The Hollywood Reporter in 2014 that he attends AA meetings. “I just started going. And I think it’s changed my life. I’m much more comfortable in my own skin. Things are so much easier now. It’s a never-ending struggle,” he said. 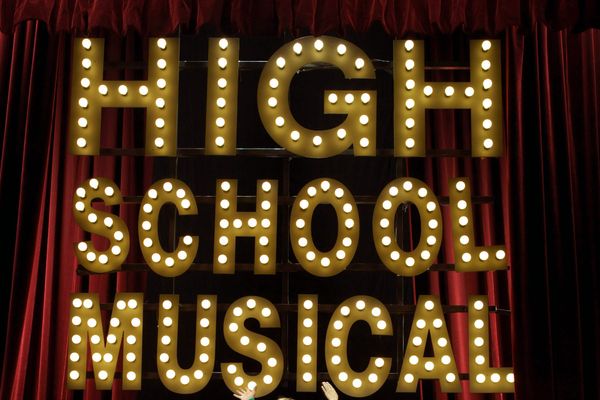