There’s something satisfying in knowing that our favorite celebrities are human just like us, like seeing them get caught with a mouth full of food. But what about those celebs who’ve been caught doing worse things? Many celebrities — even well respected ones — have done questionable things that landed them in heaps of trouble. Here’s a list of 10 revered celebrities who have also committed some pretty awful crimes.

Even though she’s America’s most famous homemaker, Martha Stewart was not exempt from the law. In 2001, she received insider trading information that influenced her decision to sell her stock in ImClone systems. The following day, shares in ImClone fell, and led people to scrutinize her actions. In 2004, Stewart was found guilty of all charges brought against her: 2 counts of false statements, 1 count of conspiracy, and 1 count of obstruction of justice. At the age of 62, she served 5 months in a federal correctional institution and was also ordered to pay a fine of $30,000. 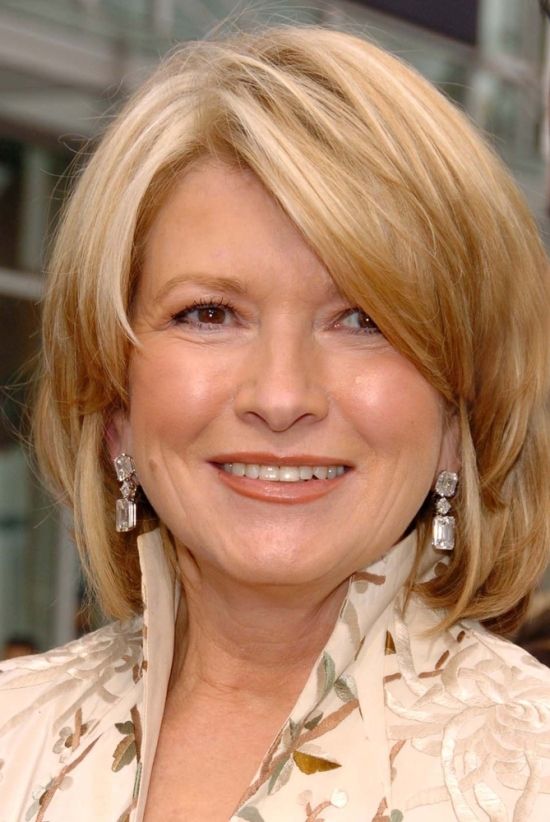 A darling of romantic comedies, Hugh Grant was once charged for “indecent conduct.” In 1995, Grant was arrested after police caught him with a prostitute. Lorie Taylor, a Los Angeles Police officer, detailed the night he was arrested: “Grant was observed to drive a vehicle up to a prostitute and allow her to enter. They drove a short distance to a residential street and engaged in lewd conduct.” He was fined $1,180 for his conduct and subjected to 2 years probation. At the time of the incident, Grant was dating fellow Brit, Elizabeth Hurley. The couple split amicably in 2000. 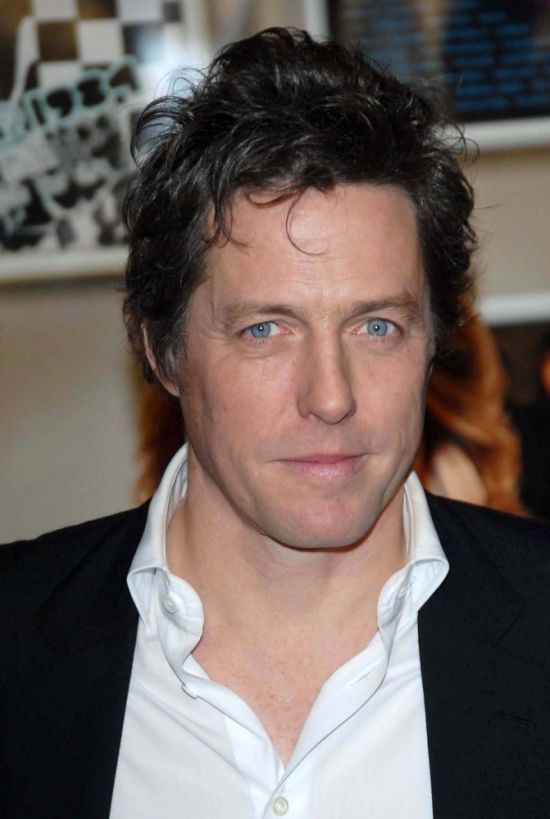 Before he was “Marky Mark,” Mark Wahlberg had several run-ins with the law. As a teenager he was well-known to police. Not only was he addicted to drugs like cocaine, he also committed a series of crimes that landed him in jail. In the mid-80s, he and his friends threw rocks at black schoolchildren and hurled racist slurs at them. In 1988, he committed two more racially motivated crimes. Only 16 at the time, he attacked a Vietnamese man, causing him to go unconscious. On the same day, Wahlberg hit another Vietnamese man, and his violent actions left the man blind in one eye. Although he was charged with attempted murder, his charge was reduced to assault, to which he pled guilty. Wahlberg served 45 days of a two-year sentence. Since his time in jail, Wahlberg has tried to set a better example. He spoke about his troubled past in a series of TV interviews in 2014, stating, ‘I’ve worked really hard to be a positive influence for kids growing up in communities like mine who don’t really have a chance, and try to provide an opportunity for them to be more successful and that’s why I’m doing it.” 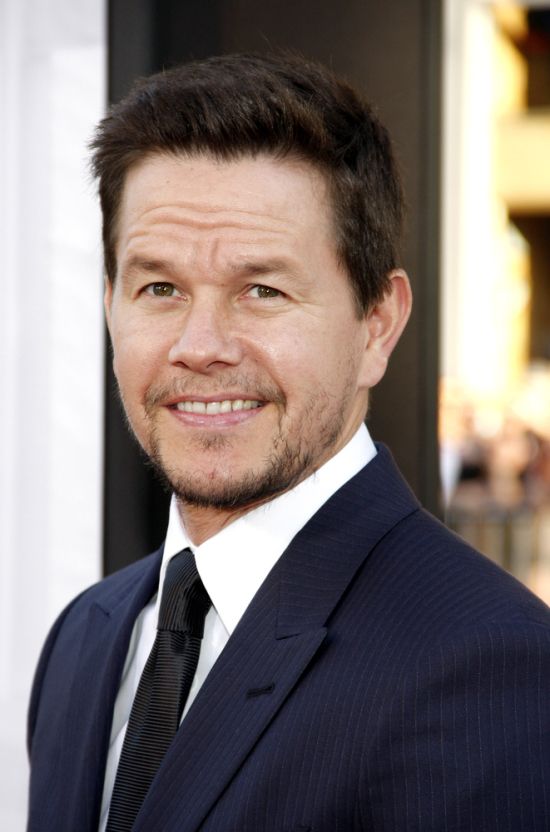 In the days before he became known as Tim “The Tool Man” Taylor, Tim Allen served time in jail for being a drug dealer. In 1978, Allen was busted for attempting to smuggle more than 650 grams of cocaine through an international airport in Michigan. In court he pled guilty and was given a life sentence. However, he was able to negotiate a lesser sentence in exchange for revealing the names of other dealers involved in the drug trade. In 1997, while working on ABC’s Home Improvement, Allen was pulled over for drunk driving. He served a 1 year probation sentence. 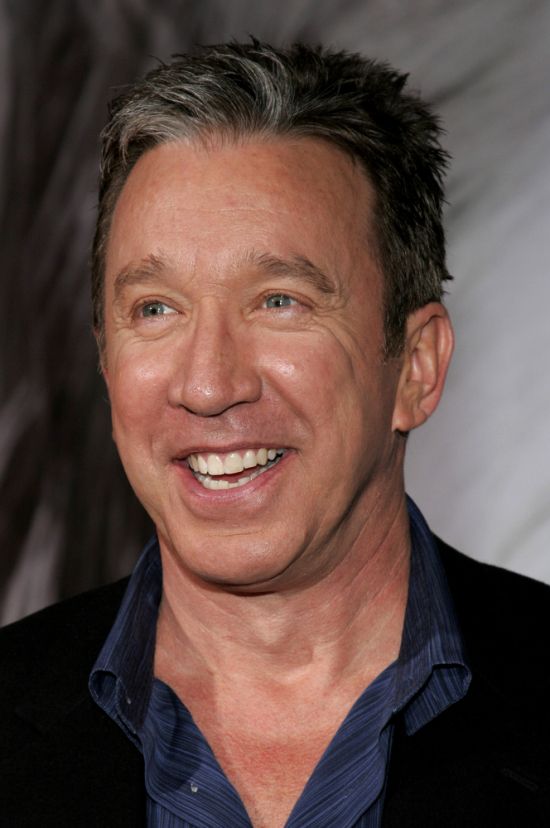 At the age of 31, Winona Ryder’s questionable actions landed her a criminal record. Ryder was arrested for shoplifting in 2001 after she was found with more than $5,000 worth of merchandise from Saks Fifth Avenue. The items included a $540 Natori handbag and a $760 top by Marc Jacobs. She was found guilty of vandalism, shoplifting, and grand theft. Although she didn’t serve jail time, she was sentenced to 3 years of probation, $6,355 in repayment to Saks Fifth Avenue, $3,700 in fines, and almost 500 hours of community service. Ryder talked about the incident in a 2007 interview with Vogue. “Two months prior to that, I broke my arm in two places, and the doctor, a sort of quack doctor, was giving me a lot of stuff and I was taking it at first to get through the pain.” That caused her to be a state of “confusion.” In speaking the shoplifting incident, she says the arrest “was a blessing, because [she] couldn’t do that [painkillers] anymore.” 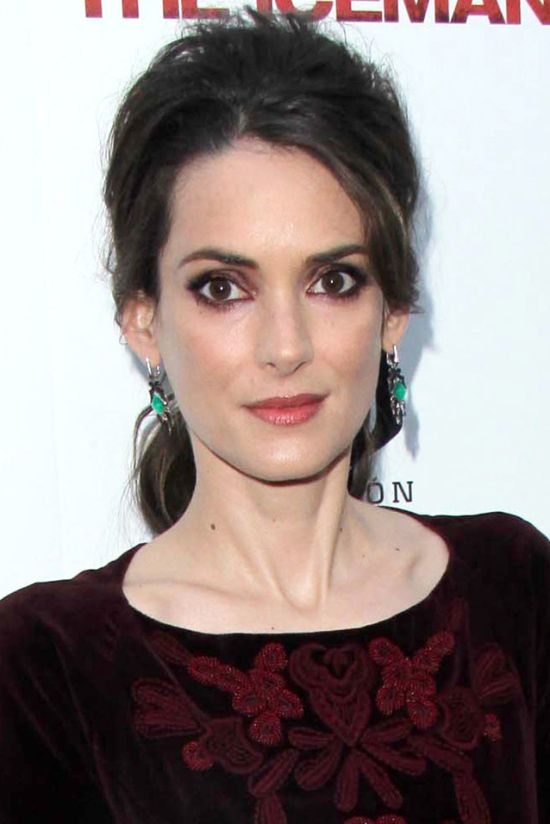 While today Jay Z is known as a respected hip-hop artist, entrepreneur, and family man to wife Beyoncé and daughter Blue Ivy, he has a dark past. In 1999, Jay-Z stabbed Lance “Un” Riveria, a record executive, whom he believed had sold copies of his album Vol. 3 illegally. The altercation occurred at a night club in Manhattan. That same evening he went to the police to turn himself in, and was subsequently placed under arrest. In 2001, he pled guilty to a misdemeanor charge and received 3 years’ probation. Jay Z wrote about the incident in his book, Decoded, published in 2010. “There was no reason to put my life on the line, and the lives of everyone who depends on me, because of a momentary loss of control….. I vowed to never allow myself to be in a situation like that again.” 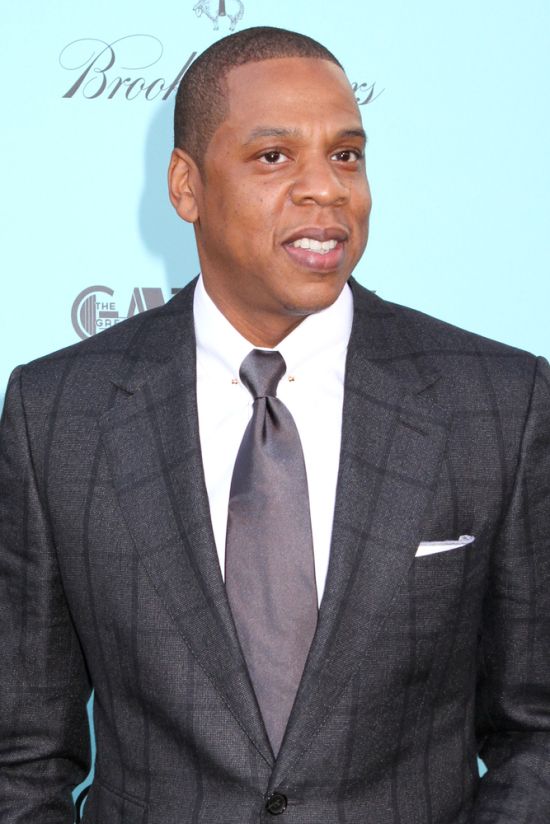 Before he was the superhero Iron Man, Robert Downey Jr. had a less than model past. Although he is respected for his acting career, Downey’s long history of struggling with drug abuse almost ruined his career. From 2000 to 2001, he was arrested 3 times for drug possession, which resulted in him being fired from his role as Calista Flockhart’s beau on Ally McBeal. In one of the incidents, he was found with Valium and cocaine while staying at a Palm Springs hotel. After attending drug rehabilitation in 2001, Downey slowly rebuilt his Hollywood career. In 2008, he starred as Tony Stark in his first blockbuster, Iron Man, a role he has since played 6 more times. 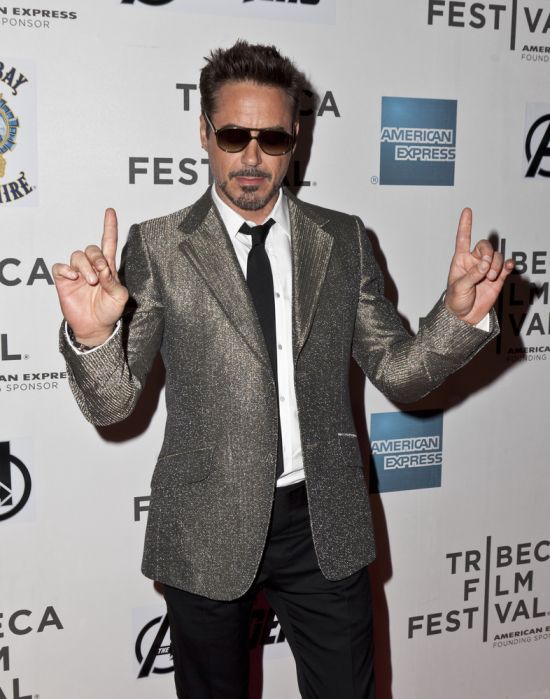 Christian Slater has had several brushes with the law over the years. In 1989, the court sentenced him to 10 days in jail after he was arrested for assault and drunk driving. In 1997, Slater found himself back in court after police were called to a fight at a party in L.A. Officers found Slater brawling with another man after the latter tried to protect Slater’s girlfriend from being punched by the actor. Slater was under the influence of alcohol, cocaine, and heroin at the time, and said he “had only a couple hours of sleep.” He was convicted and spent 3 months in a rehabilitation facility. Slater was arrested again in 2005 for sexual harassment after he grabbed a woman in the street. Reports claim he was intoxicated at the time. The charges were dropped on the condition that he demonstrate good behavior for the next 6 months. 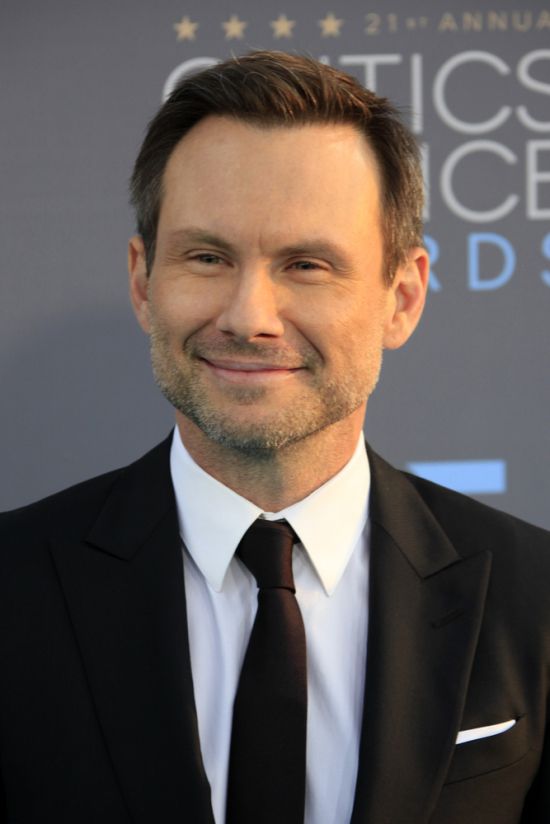 The younger brother of Ben, Casey Affleck has a less than stellar reputation when it comes to having positive work relationships. In 2010, Affleck was sued by 2 women who had previously worked for him. The women said they were subjected to sexual harassment by Affleck while they were working the faux-documentary, “I’m Still Here,” with Joaquin Phoenix. Cinematographer Magdalena Gorka said Affleck made sexual advances towards her and groped her while she was sleeping. Producer Amanda White said she quit working on the film due to Affleck’s behavior that involved trying to get her to sleep with him in a hotel room. The cases were settled out of court. A statement released by Affleck’s representatives in response read: “The disputes between Flemmy Productions, LLC and Casey Affleck with Amanda White and Magdalena Gorka in connection with the film ‘I’m Still Here’ have been resolved to the mutual satisfaction of the parties and the lawsuits are being dismissed.” 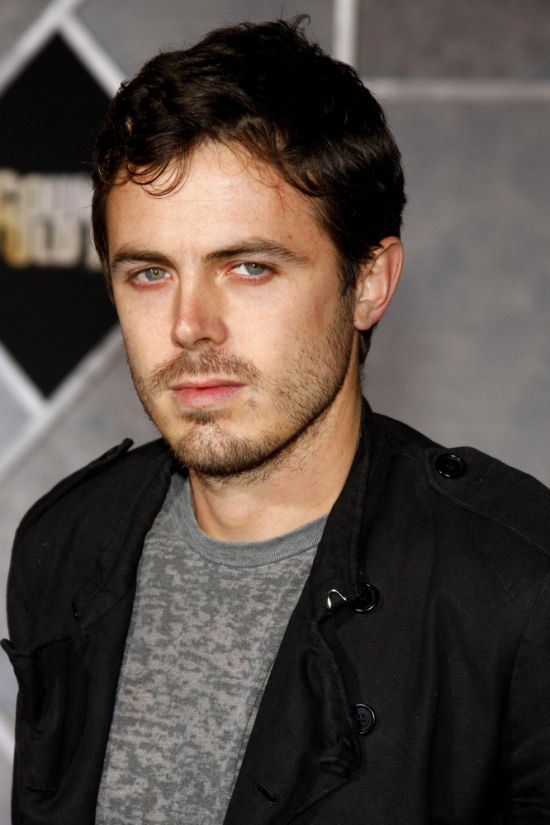 Not long after the success of Ferris Bueller’s Day Off, Matthew Broderick was involved in a horrific car crash that resulted in fatalities. In 1987, Broderick was driving in Ireland with then-girlfriend Jennifer Grey when he crossed into the wrong lane and hit an oncoming car. The 2 women in the car were killed, and Broderick was charged with dangerous driving with a sentence of up to 5 years in prison. Broderick was convicted on the lesser charge of careless driving and fined $175. In Best magazine in 2012, he spoke about how he came to terms with the accident. “It was extremely difficult coming to grips with what happened,” he said, “But in time I felt better about that terrible experience. Therapy helped.” 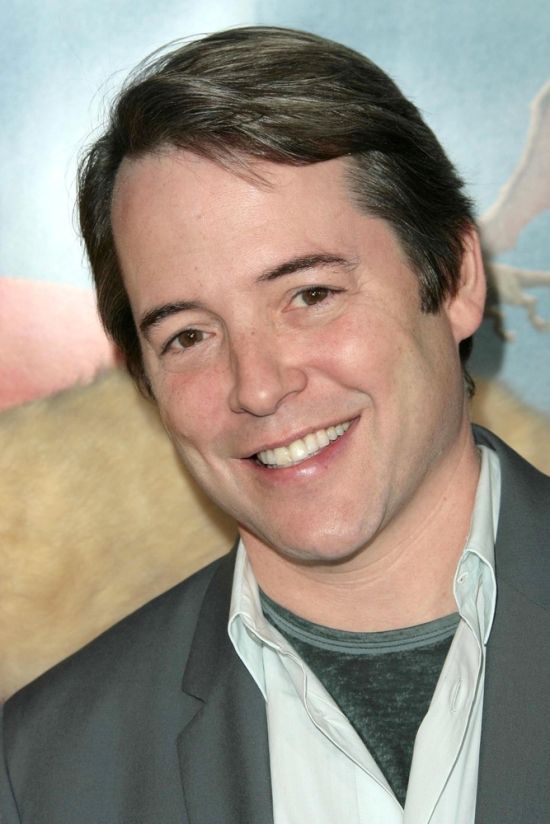 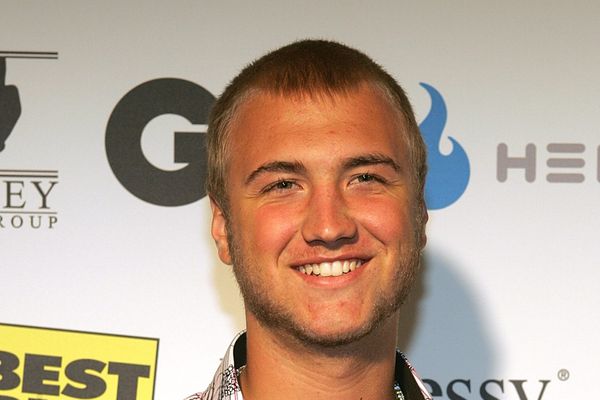