When it comes to soap operas, talented actors and actresses can make or break a daytime drama. As with any show, you have the cream of the crop and some people who seem to miss their mark. Days of Our Lives (DOOL) is no exception, with some pretty incredible actors and actresses that have graced the Salem set over the years. There have also been some talents, who have not been so epic. Below is a top ten list of the worst DOOL actors and actresses.

Thanks to soap opera rapid aging syndrome (SORAS), Claire Brady bounced onto the DOOL scene in 2015 as a talented singing teenager, dealing with the split up of her parents, Belle and Shawn. Olivia Rose Keegan is stunning and has an incredible resemblance to Martha Madison (the actress currently playing ‘Belle’, Claire’s mother), and the girl sure can sing. However, she still needs to hone her skills at acting as the seventeen-year-old Claire has the same facial expression for every situation, and that is ‘confused’ regardless of what is going on in and around her.

Speaking of Belle, before Marth Madison took the role on in 2004, there was an actress by the name of Charity Rahmer’s who played Belle between Madison and Kristen Storms. However, if you blinked you may have missed this as Rahmer only taped a mere 16 episodes in that role. The official DOOL statement on why Charity was let go in such a short time? A spokesperson noted, “The producers felt that the full potential of the role was not being realized and decided it was better to make a change sooner rather than later.” A very nice way of saying perhaps she didn’t nail the part in the acting department.

Speaking of Belle, after Rahmer was let go Martha Madison entered the Belle Black role in 2004 and had a nice four-year stint before having to say goodbye to Salem and hello to new adventures. Returning in 2015, it seems like the little town around Belle has evolved, but she hasn’t much. She is a parent of a teenager, yet still seems to have the demeanor of a teen herself running to her parents for help whenever she can. She is still being bullied by her older sister Sammi when it comes to schemes and running to old high school sweetheart Phillip as soon as Shawn gave her the boot. It’s the way she holds herself, the way she talks, the way she allows others to talk to her. Belle is going through a hard time, but she is supposed to be a lawyer — yet Madison is still portraying her as the teeny bopper young mother that she was once. Times have changed, so should Belle.

Shawn-Douglas Brady rounds up the Brady/Black family and can also be placed under the ‘worst actor’ category on this list. Jason Cook originated the role when Shawn became a teenager on the show, but he was replaced by Brandon Beemer in the fall of 2006 due to contract negotiations. Call it a recasting decision gone wrong, but Beemer has never really been able to nail the true essence of Shawn-Douglas, something that Cook was able to easily portray. In fact, Cook was brought back in late 2015 for DOOL’s 50th anniversary, yet sadly when the Brady/Black family returned to Salem for good shortly after, Cook was replaced once again with Beemer. It was announced in March of this year that DOOL had released some of its talent, and it seems that Martha and Brandon landed on that list. Change of storylines…or bad acting…you decide.

SORAS was hard at work in Salem last fall producing a little teenage group in 2015 and creating friendships and bonds between third generation characters that mimic their parents and grandparents. Theo Carver was one of the victims of Salem’s SORAS epidemic and while the child who played him before he turned into a teenager was quite solid, Pettis can’t seem to nail the role down. A newcomer to soaps at the young age of 23, Pettis has time to hone and craft the Theo role and shape it into something a little more than what he has done to date.

With Theo, Ciara and Claire all teens now it was only natural to bring in Joey Johnson — Steve and Kayla’s sole son – to represent the Johnson clan. Much like some of the other young actors on the DOOL set, James is a newcomer which also means he lacks the experience and this can affect his portrayal of Joey. James is slowly entering his first year in Salem and hopefully this soap rookie can shake the dust off, and start improving on his craft.

Speaking of the Johnson clan, both of Stephanie’s parents are in town and her brother ran away from boarding to school to join the family. The three Johnsons have fought Ava, relationship woes, illnesses and so much more, but where’s Stephanie in all this? Maybe it’s a good thing that Stephanie hasn’t been brought back since Shelley Henning provided a very weak and shallow portrayal of a character who should have been a strong, smart and passionate young lady (considering who her parents are).

Over the years DOOL had to recast many roles and more often than not when the character moves out of Salem and then returns the show has often flipped and flopped between original actors who have played the role and recasts. Such is the case with the Shawn-Douglas character with Beemer and Cook and we have seen the same incident occur with the Austin Reed character where Patrick Muldoon originated the character, only to have Austin Peck replace him and Patrick return again. Still, at the end of the day, sometimes there is no replacing the original and, when it comes to acting, Peck has always played second fiddle to Muldoon, as it relates to the Austin Reed. Peck just lacked the passion, the street-smarts and overall sex appeal.

While DOOL fans were outraged this past fall when the beloved Will Horton became a victim to the infamous Necktie Killer, maybe there was a method to the producers’ madness. After all, Guy Wilson was terrible in the role, replacing fan favorite Chandler Massey in 2014. Wilson never really embraced the ground-breaking soap opera character and had very little chemistry with Sonny Kiriakis.

Digging into the DOOL history vault and hitting number one on this list is Krista Allen. Her claim to fame is her three-year stint only the soap show playing Billie Reed from 1996 to 1999. Sadly, Allen is not only the worst actress to play Billie Reid on DOOL (there were four in total), but she was probably one of the worst actresses to grace the soap opera. Stunningly beautiful, she portrayed Billie with too much fluff and not enough flare and the character seemed to lose all validity when she stepped into the role. Allen lacked the feistiness that Billy had and all around chemistry that Reed shared with long-time love, Bo Brady. 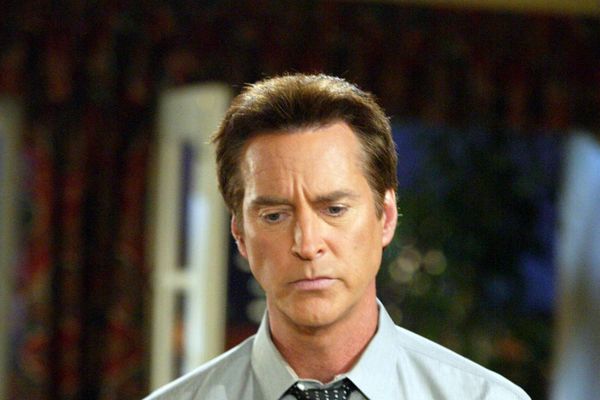