After Milli Vanilli was exposed in the ’90s for lip-syncing to other singers’ vocals and passing them off as their own, lip-syncing has had a bad reputation. Nowadays, prerecorded vocal tracks are pretty common and many singers today use them; however, we still feel let down when we hear a singer has lip-synced. Here are 9 famous singers who have been caught in lip-syncing scandals!

Beyonce admitted that she lip-synced to a recording of the national anthem at President Barack Obama’s Inauguration. She was so busy at the time that she was unable to rehearse with the U.S. Marine band. “Due to no proper sound check, I did not feel comfortable taking a risk,” she said in a statement days later.

Shakira was caught lip-syncing when she performed at the 2010 FIFA World Cup Kickoff Concert. Her song accidentally started playing early and, when she took the stage, she didn’t even appear to try to match her mouth to the words, much to her fans dismay.

Lindsay Lohan was accused of lip syncing during a live performance on “Good Morning America” back in 2004. Apparently the “Mean Girl” star’s mouth was not moving, but words were still heard when she was “singing” two songs from her new album. A rep from Lohan’s label later admitted that Lohan was using background tracks during her performance.

Lady Gaga was accused of lip-syncing on Australia’s morning show “Sunrise” back in 2008, prompting music bloggers to attack her. According to the singer, she was singing over her song because she was dancing. After that debacle, she vowed she will never lip sync again.

Mariah Carey – who is widely regarded as one of the world’s top vocal performers – was accused of lip-syncing at the BET Awards in 2013. She was singing her single “Beautiful” when her microphone, voice and mouth looked and sounded completely out of sync. Fans and viewers were appalled, but Mimi seemed to shrug off the criticism. Carey was a victim of lip syncing once again on the most recent Dick Clark’s New Year’s Rockin’ Eve with Ryan Seacrest. Things started going south early on in her performance as she became visibly flustered because she could not hear the backup vocals that were being heard on the live broadcast. When she moved onto her second single, “Emotions,” the problems continued. She didn’t even try to cover it up the fact that she was lip syncing as she barely even tried to sing and at one point even said, “We didn’t have a [sound] check for this song, so we’ll just say it went to No. 1 and that’s what it is, okay?” Things just went from bad to worse as they moved from song to song, and while she tried to hold her own on stage, she ended up just walking off in the middle of her performance and later tweeted: “Sh-t happens. Have a happy and healthy new year everybody! Here’s to making more headlines in 2017.” At least she can laugh about it!

Katy Perry botched her “Roar” performance at the NRJ Awards in Cannesin 2013, but it may not have been entirely her fault. She wasn’t synced with the music during her performance, so the host came on stage to cut the music. Before he got on the stage, Perry had already put down her microphone and her pre-recorded singing continued in the background.

When Britney Spears delivered a disastrous performance at the 2007 VMAs, the world was shocked and disappointed. She seemed to sleep walk through all of the dance routines and her backup dancers were easily able to out dance her. It was also obvious that she was lip syncing because she was out of sync with the recording that was being played. Immediately following her performance, the Internet lit up with comments and criticism surrounding the performance.

Chris Brown was accused of lip-syncing at the 2012 Billboard Music Awards. His dance routine was pretty heavy, so it looks like he used prerecorded vocals to aid in his performance. Unfortunately, his peers were less than impressed. Rocker Pink blasted him on Twitter. “One day if I lip-sync, I hope I do it as well as him.”

Back in 2004, Ashlee Simpson was caught lip-syncing on “Saturday Night Live” when she attempted to perform her second song of the night “Autobiography” and “Pieces of Me” ended up playing instead. Simpson looked confused for a few moments and did a few awkward dance moves before quickly exiting the stage with the song still playing. 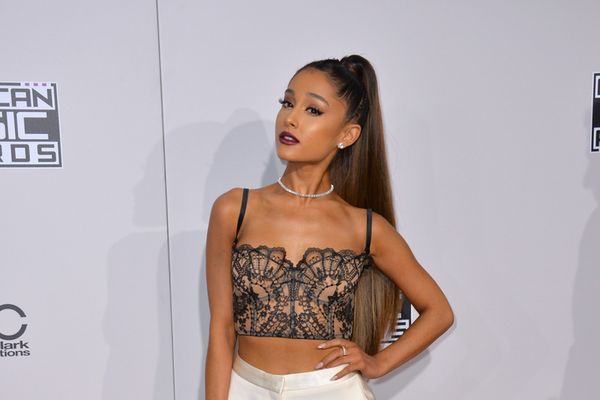