Dawson’s Creek was so memorable as a series because it was so unique. Sure, it was a teen drama, and we’d seen a lot of that. But suddenly they were talking about things real teens talked about, including pop culture. And they talked about it all in a completely unique way when it came to TV. That’s because it was created by Kevin Williamson, who we’d previously seen putting humorously intelligent musings into teens’ mouths in the Scream movie series. Needless to say, that great writing led to a lot of memorable episodes of TV. Here are the 11 most memorable.

To set the scene, Abby Morgan, who was a great antagonist for about a year, died in the previous episode when she drunkenly hit her head and fell in the creek. In this episode, everyone is dealing with the aftermath, especially Jen, who had become good friends with Abby. Jen doesn’t understand why everyone is denying the fact that Abby was kind of nasty. Eventually Jen gets drunk and nihilistic, essentially deciding that there’s nothing good in the world and Abby is probably in hell laughing at everyone. She goes on to give one doozy of a eulogy. Good stuff.  Andie, who had hilariously discovered Abby’s diary, which revealed she actually felt all the nasty things she said about people, gives another eulogy. Andie shows the other side of Abby’s coin, saying she was an admirably truthful person. And it ends with a truly bizarre scene where Andie seems to see Abby’s ghost in a mirror.

This episode is just plain fun, almost like an extended Faulty Towers episode. Well, maybe that’s going a little too far. It takes place in Joey and her sister’s bed and breakfast and follows Murphy’s law: everything that can go wrong does go wrong. Pacey invites a New York Times reviewer to drum up business, because the Potter sisters are in danger of going out of business. Joey’s sister flirts with the reviewer, the furnace dies, and a lot of buried feelings come to the surface: Dawson’s feelings about his divorced parents’ ambiguous relationship; Dawson’s feelings about Jen’s sexual history; Jack realizes he should move back home. And Pacey seems to realize that he’s totally in love with Joey as he tries to not-creepily watch her sleep.

This is the first of three episodes on this list from the end of season three, a particularly impressive run in the series. Pacey and Joey have gotten together and are understandably worried about how Dawson will react. But we get some unique storytelling, as we see it all play out from three points of view, feeding us a little more of the story each time. First, Pacey wants to tell Dawson, but chickens out and Joey decides to do it. Dawson appears to find out when the new couple is arguing and Pacey tells him he and Joey are an “us.” The second storyline adds a scene where Joey tries to tell Dawson while he’s watching The Last Picture Show, which has a similar plot to what’s going on in their lives. This storyline ends with Dawson telling them he already knew. And the third one reveals Jen accidentally spilled the beans to Dawson, which is how he found out.

There’s a lot of meaty stuff about classism and even some reverse-sexism stuff in this one, but it’s fun for a lot of other reasons, too. It’s time for the Miss Windjammer contest, a beauty pageant with a $5,000 prize. Joey isn’t down with beauty contests, but needs the money for college. And Pacey enters, too, because he wants money to move out on his own, and notices there’s no rule against men entering. There’s a great scene where Joey is singing and Dawson’s heart gets all mushy. It’s a relatable moment, when the object of your affection shows talent and you fall even more in love. And then Pacey lashes out at the notion that he probably won’t win through an awesome monologue from Braveheart.

The junior prom is looming on the horizon and most of our Capeside friends already think it’s a bit of a dubious tradition. Dawson and Joey aren’t together, but he asks her to go as “friends.” She agrees. Andie and Pacey aren’t together anymore, but she asks him to go. And he declines. And then there’s Jack, who wants to take his boyfriend Ethan. He’s nervous enough about this, when someone tells him he can’t bring a guy to prom. So Dawson decides to hold the “anti-prom,” where you can just be who you are. But things even get weird there. Joey doesn’t like that Dawson seems to be flaunting their “date” in front of Pacey. Jack doesn’t like that he can’t go to the normal prom. Jen doesn’t like that her boyfriend is going to football camp. Joey asks Pacey to dance, which makes Dawson and Andie mad. It’s a great love triangle episode and sets up an even better one we’ll talk about later.

Ah, the series finale (technically two episodes that aired on one night, so it gets one spot here). You never know what you’re going to get: a Seinfeld clunker or a Six Feet Under gem… or something in between. And while it wasn’t perfect, it was a very good episode of Dawson’s Creek and a great way to end a series that had floundered for a bit in the later seasons. It hilariously opens with a scene reminiscent of the first scene in the pilot, with young Dawson-and Joey-like characters using vocabulary like, “subconscious subliminal intentions.” Turns out it’s a TV show that Dawson is running, and we’re aware that time has jumped from the previous episode. In “real life,” Dawson and Pacey are still both pining for Joey. There’s a great through-line of Dawson’s friends helping him write his show, based on their experiences. In the end, Dawson and Joey reach the same conclusion: they’re soulmates, but not romantic lovers.

Again we have two episodes, but we’re ranking them as one because it’s a “very special” two-parter. Like all “very special” episodes of television, this one deals with an important issue. But the theme here was somewhat unique at this point in TV history: coming out of the closet. Sure, Ellen DeGeneres had already poignantly done it on her sitcom in 1997, but two years later, this was a more serious and in-depth take on the subject. In the first episode, Jack, who’s dating Joey, starts to question his own sexuality after writing a poem that suggests he might be gay. But he tries to deny it and kisses Joey to try to prove his straight-ness to himself and to her. In the second episode, there’s fallout at the school and with his dad. But he finally comes out and feels better about himself. It’s a really expertly crafted two-parter.

In the on-again, off-again rollercoaster of Joey and Pacey’s relationship, they’re in off-again mode as we start this unique episode. But Joey is posing as Pacey’s “rent-a-date” at some sort of networking event. Nevertheless, Pacey hits it off with the blonde he’s sitting next to and they plan a rendezvous after the event. On their way home, Pacey and Joey pop into K-Mart so Pacey can buy some condoms without Joey seeing, but it’s late and somehow they get locked in when the store closes. And their night trapped in a department store paves the way for tons of dialogue, both amusing and revealing. While the characters are trapped, we’re also trapped with just these two characters for the whole episode and it’s kind of a special experience.

This episode is memorable for a lot of things, not the least of which is that it gave us the infamous “Dawson crying face” meme. Let’s set the scene. Pacey and Andie have broken up and Andie is… broken up about it. Dawson is in love with Joey. But so is Pacey. And the four kids just had a really awkward “anti-prom” experience in the previous episode. Pacey has decided he wants to go on a summer-long sailing trip, to get away from the drama. Meanwhile, poor Joey’s confusion is really at the center of this episode. She clearly loves Dawson, but not really in that way. And she doesn’t want to lose that friendship. Pacey is complicated, but ultimately that’s where her heart is. The drama is thick in this one, but it feels real. Dawson makes the grown-up decision to let Joey go to Pacey, but that’s when his iconic waterworks start.

It’s the Breakfast Club episode! If you were the same age as the show’s characters when this episode first aired, you may not have got the reference – you would’ve been about three when the movie came out. But if you were a little older, you got it, and it was a beautiful thing. This is an episode of television that tells you that writing is everything – and for that we can credit Mike White, who also wrote School of Rock and appeared on The Amazing Race. It’s an homage to The Breakfast Club but it’s not even close to a regurgitation of its plot. Here we have Joey’s love for Dawson quietly simmering; Dawson’s desperate desire to lose his virginity with Jen laid right out on the table; and we see more of the depth of Pacey’s character, a character that seems on the outside to want to show one thing, when there’s so much going on inside. Plus, we meet the deliciously nasty Abby Morgan!

Picture it: It’s the winter of 1998. Beverly Hills 90210 and Melrose Place are not what they used to be and are winding down. But Buffy the Vampire Slayer is hitting its stride, showing the world that teens in a fantasy world can be interesting. Then comes the pilot for Dawson’s Creek and it shows, finally, that teens in the” real world” can be interesting. They can talk about more than just relationships. There can be subtext. They can be complicated. They don’t have to just be angst-ridden – they can be funny, too. Just look at the opening scene of this pilot: The idyllic setting, with the creek and Dawson’s house, calm music and gentle waves. Then we see a teenage boy and girl in bed together. But they’re not making out. They’re talking about Steven Spielberg. But then they’re quickly talking about the complexities of growing up. Everything that was great about this show was established in its first 60 seconds. 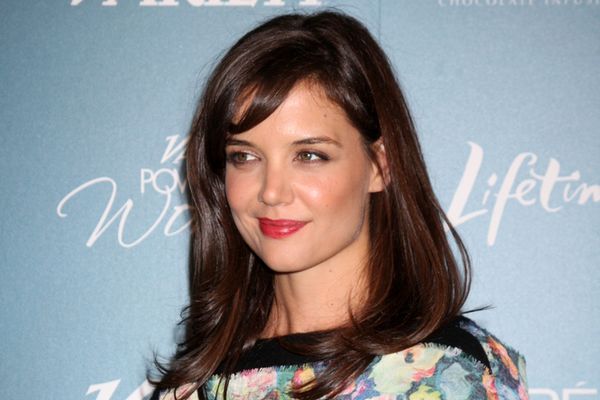 Cast Of Dawson’s Creek: How Much Are They Worth Now?