2016 was a wild ride in Hollywood. While some celebrities saw their careers skyrocket to new levels, others hit a bit of a rut, and while they may have been talked about, it wasn’t necessarily for the work in their industry. Luckily for many of those stars the year isn’t even over yet and things are already looking promising for their careers in 2017, and fans can’t wait to see what is next for them. From new albums, and major roles in big movies and anticipated TV shows, here are 11 popular celebrities who are poised for a career comeback in 2017:

Back in the ’90s and early 2000s, Mandy Moore was one of the most buzzed about young stars in the industry. Not only did she have a successful music career, but she then also hit it big with acting. From 2001 to 2007, Moore had a string of popular films such as A Walk to Remember, How to Deal, Chasing Liberty and Because I Said So, but then went pretty quiet in her career. Since, Moore has been most discussed because of her marriage and then divorce from singer Ryan Adams, she made a huge comeback this year starring as Rebecca in NBC’s huge new series This Is Us. While her This Is Us success started in 2016, it has propelled her for an even bigger comeback in 2017 as she has been working on a new album for quite some time and it should be released in 2017. Moore will also reprise her voice role as Rapunzel in the TV series for Tangled.

Actress Emma Watson has by no means faded away from the public eye and has made huge strides in her work with the United Nations, but in terms of her acting career fans think it is about time she makes a big move, and she has done just that. After having absolutely no new films released in 2016, Watson can look forward to a huge resurgence in her film career starring as Belle in the highly anticipated live-action remake of Disney’s Beauty and the Beast. She also already has another film in post-production that is slated for a 2017 release called The Circle which Watson stars in alongside other huge names such as Karen Gillan, Tom Hanks, Bill Paxton, and John Boyega.

Pop singer Selena Gomez had a rough year in 2016, and after beginning her Revival Tour in May 2016, she ended up having to cancel the European and South American leg of the tour in August because of anxiety and depression triggered by her lupus. Gomez revealed she entered rehab to work on her mental health, and in mid-November she made her first red carpet appearance since the summer incident. After a difficult year, fans would love to see Gomez make a huge comeback in her health and career and it looks promising for her as she has already begun work on her third album and is also reported to be the executive producer of a new Netflix miniseries called 13 Reasons Why.

Andrew Garfield’s star in Hollywood shot up after he was cast as Spider-Man in 2012’s The Amazing Spider-Man and its 2014 sequel. Along with an adored relationship with Emma Stone, Garfield’s popularity was at an all time high, but he hit a bit of a rut in 2016. His run as Peter Parker/Spider-Man officially came to an end after Tom Holland made his debut as the character in Captain America: Civil War, and his relationship with Stone also came to an end with rumors that Garfield had become dark and changed by his role in Hacksaw Ridge. With so much talent to offer and so many fans who loved his happy-go-lucky and easy-going nature, here’s to hoping Garfield returns to his former self in 2017, and its looking good for him with two films already scheduled for a release in the new year.

British actor Charlie Hunnam became an international sensation after leading the cast of the massively popular FX series Sons of Anarchy from 2008-2014. He almost kept his huge momentum going after being cast as Christian Grey in Fifty Shades, but after stepping down, has had only one movie, Crimson Peak, released since the end of Sons. Luckily for fans of the handsome actor, they are set to see much more of him as he is ramping up his career once again with the release of King Arthur: Legend of the Sword, in which he stars as King Arthur, in March 2017; this will be quickly followed by the release of The Lost City of Z which he also stars in in April 2017. He also has two other movies in the works, Zoe and Papillon, that are both also set for a 2017 release which means get ready to see a lot more of Hunnam back on your screens!

Fans are well aware that 2016 was not Johnny Depp’s best year personally or professionally. The actor’s messy divorce from now ex-wife Amber Heard took center stage as it included dramatic proceedings in which Heard claimed Depp had abused her. On top of struggles in his personal life, he only had roles in four 2016 films, with the biggest being Alice Through the Looking Glass which unfortunately bombed at the box office. Depp is set to get back to the top of stardom, however, with four films already scheduled for a 2017 release. Most importantly he will once again be reprising his beloved role of Captain Jack Sparrow in Pirates of the Caribbean: Salazar’s Revenge, meaning 2017 is already looking significantly brighter for the star.

Audiences have loved Luke Perry for years ever since he became one of the biggest teen heartthrobs when he starred as Dylan McKay on Beverly Hills, 90210 from 1990-2000. While he has had numerous roles since, none have come close to the distinction of that role, but things are looking good for the actor in 2017. Perry will be starring in The CW’s highly anticipated new series Riverdale as Fred Andrews, the father of Archie Andrews. Riverdale is a “subversive” take on the infamous Archie comics character and will show the dark side of Archie’s hometown — Riverdale. If the show does as well as it is expected to, Perry is set up for a huge career comeback in 2017.

John Mayer has never really dropped out of the spotlight but it is definitely safe to say that it has been a long time since he has made headlines because of his music career instead of his personal life. Most recently Mayer has been touring with members of the Grateful Dead as a group called Dead & Company which caused him to set aside his next solo album. Now that he is done touring with them, he is set to finish his own album by the end of 2016 which means fans of Mayer’s music will most likely hear the record in 2017, which will be a huge boost to re-energize his music career.

Jude Law is a well known star in the entertainment industry, but it seems to have been quite awhile since the actor has been in anything substantial. One of his biggest movies recently has been 2015’s Spy, but he has now landed a main role in one of HBO’s new shows for 2017 so it seems as though Law’s career will be buzzed about yet again. The actor is set to star in HBO’s The Young Pope as Lenny Belardo, Pope Pius XIII, who was the first American pope in history. If The Young Pope proves to be as successful as HBO’s other hits than 2017 will be a big year for Jude Law.

Many aren’t complaining, but reality star Kim Kardashian took a huge step back from the media after she was robbed at gunpoint in her Paris hotel in October 2016. The rest of the year, Kardashian took a break from filming Keeping Up With the Kardashians, did not attend many events, even took a break from social media, and also dealt with the health issues of her husband Kanye West. Since the Kardashians make their living out of being in the public eye it can be assumed that she can’t keep up this life in hiding for much longer and will more than likely make a huge return to the spotlight in 2017.

Drew Barrymore has been an A-list star for decades now, but in recent years she hasn’t been seen on-camera much, and that is about to change. Although she has been very active in the industry in roles of directing and producing, 2017 will see Barrymore starring in her first major role in years in a Netflix original sitcom called Santa Clarita Diet. Barrymore will star as Sheila along with actor Timothy Olyphant as her husband, and since the actress always bring everything she has to her roles, this will no doubt be a great acting comeback for the star! 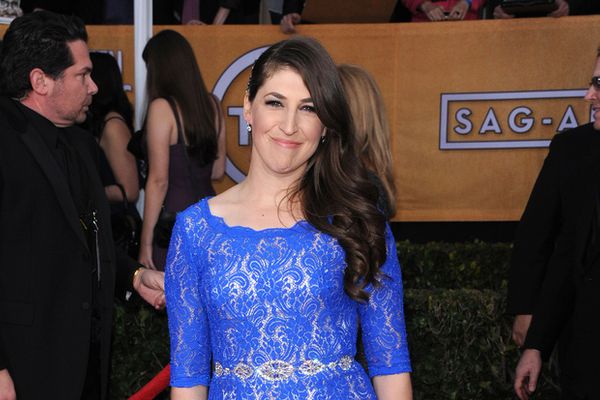