In Hollywood, it seems as though musicians – despite their wild successes – have a strong desire to venture into film. While some musicians successfully make the transition, others just don’t have what it takes to be successful as actors or actresses. We have a list of 11 musicians who have ventured into film – while some of them made it, others should really stick to music!

Mandy Moore first burst onto the scene as a singer with hits like “Candy” and “I Wanna Be with You;” however, she managed to distinguish herself from singers like Britney Spears, Christina Aguilera and Jessica Simpson by transitioning into acting. Over the years, she has been involved in numerous films including “Chasing Liberty,” “A Walk to Remember” and “Saved!”

Justin Timberlake is one of the most commercially successful singers and, throughout the course of his music career, he has brought home nine Grammy Awards; however, in recent years, the singer-songwriter has been focusing on his acting career, which has included starring roles in films like “The Social Network,” “Bad Teacher,” “In Time” and “Friends with Benefits.”

Mark Wahlberg began his career as the frontman in the band Marky Mark and the Funky Bunch; however, he quickly transitioned into acting and has since gone on to appear in a number of critically acclaimed films. Wahlberg has received two Oscar nominations in total, one for Best Supporting Actor for “The Departed” and Best Motion Picture of the Year for “The Fighter.”

Four time Grammy Award winner Lenny Kravitz is definitely better known for his musical career; however, he has appeared in a few high-profile movies like “Precious,” “The Hunger Games” and “The Hunger Games: Catching Fire.” We loved him as Katniss Everdeen’s creative stylist, Cinna!

Jennifer Hudson rose to fame in 2004 when she auditioned for the third season of “American Idol.” She made her film debut in 2006, winning the Academy Award for Best Supporting Actress for “Dreamgirls.” Since then she has released three studio albums, two of which achieved gold certification by the RIAA.

Andre 3000 got his start in the early ‘90s when he started the hip-hop duo OutKast with his high school friend who is best known as Big Boi; however, over the years he has made a number of appearances in TV series and films including “Families,” “The Shield,” “Be Cool,” “Revolver,” “Semi-Pro,” “Four Brothers” and “All Is By My Side.”

Even though Mariah Carey has dabbled in film, she is best known as a singer-songwriter. She has sold over 200 million records worldwide, which makes her one of the world’s best-selling recording artists of all time. Carey first ventured into with film with “Glitter,” which was a complete flop, but she tried again with a supporting role in “Precious” and received positive reviews from critics.

Although Queen Latifah is known more as an actress than a singer/rapper, she began her career in hip-hop in the late ‘80s and she quickly branched out into television and movies. In 2002, she received her first Oscar nomination for her performance in “Chicago” and, in 2008, she won a Golden Globe Award for her role in the television series “Life Support.”

Beyonce has had an exceptionally successful music career that has spanned over 16 years, included 17 Grammy Award wins and sold over 118 million records. She has also ventured into acting with roles in “Austin Powers in Goldmember,” “The Pink Panther,” “Dreamgirls” and “Obsessed.” Although she received a Golden Globe nomination for the critically acclaimed film “Dreamgirls,” we think she’s better off sticking to music.

Will Smith is one of the only musicians to successfully become a critically acclaimed actor. He started out as the MC of the hip hop duo DJ Jazzy Jeff & The Fresh Prince, winning the first Grammy awarded in the rap category in 1988. In the ‘90s, Smith decided to try acting and has become one of the most bankable stars worldwide with two Oscar nominations for his performances in “Ali” and “The Pursuit of Happyness.”

Madonna is considered the best-selling female recording artist of all time. She has released a series of successful albums and won seven Grammy Awards; however, in spite of all that success, she still tried to make it as an actress. Although Madonna did win a Golden Globe for her role in “Evita,” she has also been nominated  for countless Razzie Awards, winning nine in total. 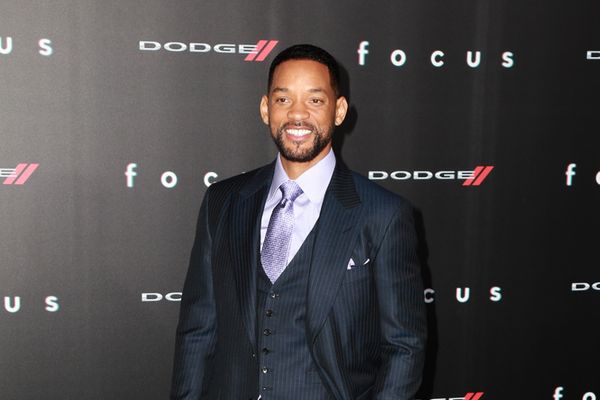