The Bachelor is one of the most popular and successful reality TV franchises of all time. The ABC dating show first aired back in 2002 which means it’s been around for over 15 years and spawned several spin-off shows like The Bachelorette, Bachelor in Paradise and Bachelor Pad. With each new season there’s a new bachelor (well, except for that one time), and as the star of the show it’s important he is well-liked by viewers. Over the past 22 seasons we’ve seen A LOT of eligible men come and go. Some were great and others…not so much. Here are 12 bachelors we believe should have never been cast!

Bob Guiney had no business being on The Bachelor. He doesn’t exactly fit the mould of what people would expect. While he’s a nice guy and all, he wasn’t exactly a ladies man. He didn’t have much charm and was a little dorky! Since the show ended he’s gone on to form a band called Band From TV…if that gives you any indication of what we’re talking about. He’s also gone on to get married and now has a baby on the way! His Bachelor days are well behind him.

While it might have seemed like a good idea to cast someone who’s famous by relation, it didn’t end up being the best decision. Charlie O’Connell (brother of actor Jerry O’Connell) was cast as the Bachelor in season 7. Instead of being this charming, sophisticated gentleman, he was more of a frat boy. On his first group date of the season, he did body shots off the women! Not exactly romantic.

Arie Luyendyk Jr. is the most recent bachelor cast to star in the 22nd season of the reality series. While he seems charming, good-looking, successful and all that, he’s already done this. When ABC announced he would be the next Bachelor a lot of people said: “Who?” We believe everyone deserves a second chance at love, but Arie’s time on the show has come and gone. There were many eligible contestants on Rachel Lindsay’s season of The Bachelorette who would have made great bachelors. This is the second season in a row now that producers have recast an old contestant. We’re more keen on the idea of having a fresh face each season, not an old and forgotten one.

He was the very first Bachelor ever so we’ll cut the producers a little bit of slack since they didn’t really have any indication of who would make a good Bachelor. Also, the show was way sleazier back in 2002, from the fashion, the hairstyles, and even the dates. He’s one of the few Bachelor’s who chose not to propose at the end of the show but rather went on to date and eventually break up with his final contestant, Amanda Marsh. Today no one knows where Alex Michel is, not even Chris Harrison! He’s totally fallen off the grid which tells us he was a little too ‘normal’ for reality TV. We’re not quite sure he would make the cut again if he were to give it another go in 2018.

Matt Grant is more commonly referred to as “the British one” than by his own name and that’s mainly because he was just another forgettable Bachelor. Grant led The Bachelor‘s 12th season and got engaged to Shayne Lamas during the season finale back in 2008. While he was very charming, witty and successful, his season fell a little flat which is mainly why we can’t muster up anything else to say about him!

Ben Flajnik seemed like he was going to be a great Bachelor, but once his season got rolling we weren’t exactly impressed with his selection of women. No matter what, he will forever be remembered as the man who fell for Bachelor‘s biggest villain, Courtney Robertson! So many people screamed “Noooo!” when he got down on one knee and gave her his final rose. Safe to say no one was surprised when they eventually broke up and then she wrote a tell-all book about her experience. Is it too late to say “I told you so?”

Jesse Palmer was another frat boy that ABC dressed up in a suit to be the Bachelor in season 5. While he was handsome and charming, he didn’t seem ready to settle down. He also pulled a pretty shady move when he had one of his married female friends come on the show as a contestant to tattle to him about the other women. Come on! He also had one of the most cringe-worthy moments when he called out the wrong name during the rose ceremony and then had to come back and admit what he did. Eeeek. Even Chris Harrison said this had never happened before…come on Jesse!

Nick Viall took a lot of flack from pretty much everyone during his time as the Bachelor and that’s because he seemed to be some kind of Bachelor fanatic. It was a little creepy. He first appeared on The Bachelorette as a contestant vying for Andi Dorfman’s final rose in 2014. After getting the boot, he gave it another go in 2015 as a contestant on Kaitlyn Bristowe’s season. He made it all the way to the final rose ceremony but had his proposal rejected in the season finale. Instead of calling it quits, he made yet another go for love on Bachelor in Paradise but failed to propose to Jen Saviano in the end. In an odd twist of events, he was then cast as season 21’s Bachelor and a lot of people weren’t happy because they’d seen enough of Nick Viall.

Before Juan Pablo came along, Brad Womack held the title of being the most hated bachelor. He faced a ton of criticism when didn’t pick anyone during his first go as the Bachelor. That’s right…he was the bachelor not once, but TWICE! After not picking anyone in season 11 and gaining a bad reputation, viewers were shocked to see him once again recast as the star of season 15. Thankfully, he learned from his mistakes and actually picked someone during his second round, but he still wasn’t a fan favorite of many. He proposed to Emily Maynard, but by the time the After the Final Rose rolled around, they’d already broken up.

If people didn’t like him during his season of The Bachelor, they definitely didn’t like him afterward when he and Vienna Girardi went through one of the nastiest Bachelor breakups of all time. She accused him of basically being a terrible person who was fame hungry and lied about what he wanted to do with his career. Jake Pavelka sounds like one of the least catchy-worthy bachelors ever.

This Bachelor takes the cake as one of the worst castings ever. But don’t worry Juan Pablo, it’s okay…it’s okay. The handsome Venezuelan soccer player came off as extremely daft, vapid, shallow and sleazy. He didn’t seem interested in finding love at all and he proved that when he refused to properly commit to either women during the season finale. We totally felt Andi Dorfman’s frustration when she tried to confront him about his lack of communication and it simply went in one ear and out the other. We also all wanted to be Clare Crawley when she told him off after he didn’t choose her. Galavis was definitely not meant to be a reality TV star. 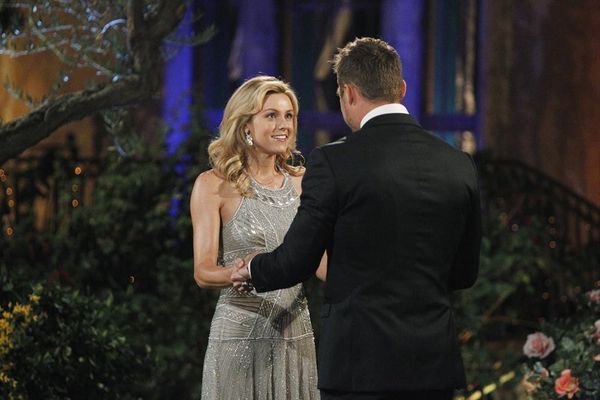 7 Bachelor Contestants Who Should Never Have Been Cast