The Bachelor is a reality series dedicated to helping people find love. While it doesn’t necessarily have the highest success rate in terms of marriage, it’s become widely popular among viewers with 22 seasons under its belt, and several spinoffs including The Bachelorette. Producers choose one lucky contestant from the previous season (typically one who made it into the top three) to become the next bachelorette. While we’re generally happy with all the decisions they’ve made so far, here are a few former Bachelor contestants who’d make great bachelorettes!

Becca Tilley gave love a shot on The Bachelor not once, but twice! While we do risk the chance of making her look a little too desperate by casting her as the next bachelorette, we also know that she’s incredibly funny, beautiful, and has a huge social media following. America already feels like they know her after watching her on season 19 and 20, so we’re thinking the third time is a charm?

She’s the most recent contestant to win The Bachelor on this list, but luckily for all the eligible men out there, she’s back on the market! She competed on season 21 for Nick Viall’s final rose and won, but the two ended their relationship shortly after. We think she’d make a great bachelorette because she’s beautiful, down-to-earth, and let’s face it, some of Bachelor nation’s most popular alums are Canadian!

The Bachelorette finally broke the mold and cast their first black female Bachelorette in 2017, so we’re thinking it’s time for another and Jubilee is the perfect candidate. She stole our hearts with her heartbreaking story about her entire family passing away and the guilt she felt for surviving. Even though she didn’t necessarily mesh with a lot of the girls in the house, she was still well-liked among fans. A quick glance at her social media shows that she’s currently single, so why not give it another shot?

Clare Crawley was the runner-up in Juan Pablo’s season back in 2014. Come on ABC, she deserves something for putting up with him for that long! Producers subjected these women to one of the most hated Bachelors of all time, so the least they could do is repay her by making her the next bachelorette! According to reports online, she was actually in the running for taking the coveted spot but lost it to Andi Dorfman. If she was worth considering back then, she still is now!

Milwaukee native Jen Saviano is well known by Bachelor fans because she was the one who dated Nick Viall at the end of Bachelor in Paradise right before he became the next Bachelor! There’s no denying she picked the short straw when she began dating him during season 3 of BIP only to get dumped in the season finale! There was a lot of speculation as to why their relationship ended and if Nick actually dumped her to become the next Bachelor…we’ll never know, but what we do know is that Jen Saviano deserves another chance!

This California mom of two has searched for love on season 20 of The Bachelor and season 3 and 4 of Bachelor in Paradise. She got engaged to fellow Bachelor alum Josh Murray, but the two have since split up, so she’s back on the market! Since joining the Bachelor nation family, she’s become extremely popular among viewers and built up one of the largest social media followings of all former contestants which means people are interested in her, so we’re convinced she’d be a great fit as the next Bachelorette.

Danielle Lombard was first introduced to viewers as a contestant on Nick Viall’s season of The Bachelor but has since appeared on season 4 of Bachelor in Paradise. When she stepped onto the scene in BIP she caught the eye of all the eligible men on the show but also ruffled more than a few feathers when she got caught up in a love triangle with Kristina Schulman and Dean Unglert. After watching Dean toy with both girls emotions, we think Danielle deserves a real shot at love and this time on The Bachelorette!

Alexis Waters is someone who unexpectedly stole our hearts. We’re not going to lie, when she first showed up on season 21 of The Bachelor she seemed like a bit of a kook. She was wearing a dolphin costume (which was so clearly a shark) and claimed she was a dolphin enthusiast. Surprisingly, she made it pretty far into the season and eventually tried her hand at love on Bachelor in Paradise. A quick look at her social media shows she’s still in close contact with some of her fellow Bachelor alums, and we’re beginning to think her quirky sense of humor is actually really endearing!

We know she’s not currently single, so this one is wishful thinking. She very recently began dating someone from outside the Bachelor family, but we couldn’t resist putting her on this list. We first watched her compete for Ben Higgin’s final rose on season 20, and then again on season 3 of Bachelor in Paradise. After she made it into the top 3, she was almost cast as the season 12 bachelorette, but ABC pulled out at the last minute to give the gig to JoJo Fletcher. This proves to us that she’s not only qualified for the gig but that she’s willing to give it a shot!

Former NBA and NFL cheerleader Jasmine Goode is one of the more popular contestants to have emerged from Nick Viall’s season of The Bachelor. She was definitely memorable with her awkward monologues, and who could forget that really uncomfortable choking moment when she felt ignored by Nick. Luckily she rebounded from all of that during season 4 of Bachelor in Paradise and we’re now convinced she’d make a great Bachelorette!

Even though she’s already had her hand at being The Bachelorette, it wouldn’t be the first time someone was cast more than once. Remember Brad Womack? He was entitled to two goes as The Bachelor, so we’re thinking Andi deserves a second chance as well! It’s been a few years since she appeared on the show, but she’s managed to stay quite relevant as a reality and social media star who has now authored two books. Although she’s bid adieu to The Bachelorette by moving to New York City, she’s made it clear she’s still looking for love, so why not give her another shot!

While we love a great Bachelor in Paradise love story, let’s face it, Kristina Schulman and Dean Unglert weren’t a great couple. It’s clear Schulman is head over heels for Unglert, but we’re not quite sure he’s ready to commit which even he’s admitted. Fans felt bad for her watching her get toyed with on season 3 of BIP. In fact, there was even an online movement to have her cast as the next Bachelorette. Since we know many of the fans already want it — let’s give the people what they want! 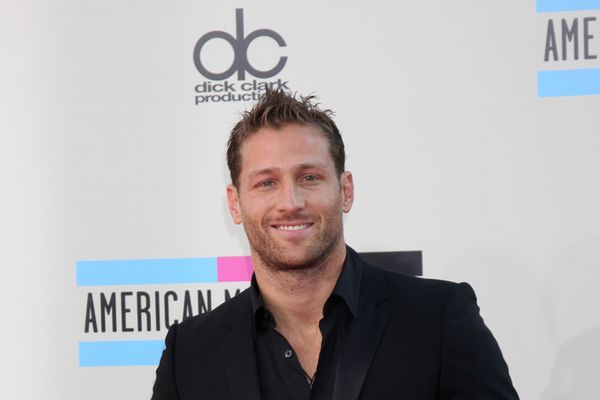 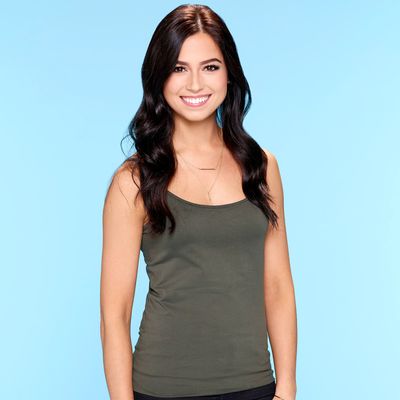