The first Harry Potter book was released on June 26, 1997 and from there the franchise has evolved into a seven book series, eight films and a worldwide fandom that has stayed loyal long after the end of the series. Thanks to the enduring love of Harry Potter’s fans, author J.K. Rowling hasn’t abandoned the story and in fact continues to talk about the series and often reveals new information that wasn’t confirmed before. Through interviews, social media interactions with fans and, of course, her Pottermore website, the world of Harry Potter continues to expand long after the books and films have been finished. Check out 12 things that J.K. Rowling has revealed since the last Harry Potter novel.

In the extras of the Harry Potter and the Deathly Hallows: Part 2 DVD, J.K. Rowling does an interview with star Daniel Radcliffe where she told him she “seriously considered” killing off Ron Weasley. She explained that halfway through the series, she “wasn’t in a very happy place, I started thinking I might polish one of them off. Out of sheer spite […] But I think in my absolute heart of heart of hearts, although I did seriously consider killing Ron, [I wouldn’t have done it].” She also admitted after the fact that she almost killed off Arthur Weasley when he was seriously injured in Harry Potter and the Order of the Phoenix. She realized she couldn’t do that, but also couldn’t have every Weasley family member survive so instead Arthur was swapped out for the tragic death of his son Fred. Rowling also never intended for Tonks or Lupin to die in the battle, but decided it was necessary to bring the orphan story full circle. 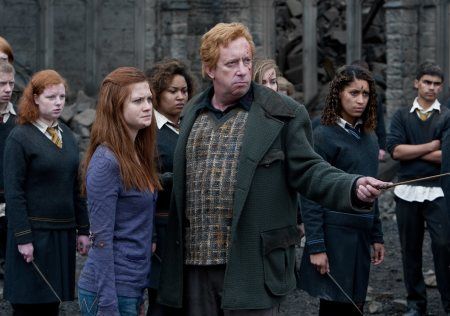 Through it all, Rowling really shocked fans when she admitted that Harry Potter and Voldemort are actually distantly related. In 2007 in a web chat, Rowling stated that in a small wizarding world it is common for many of the families to be connected, and confirmed that Harry and Voldemort are “distantly related” through the Peverells, commenting, “nearly all wizarding families are related if you trace them back through centuries.” 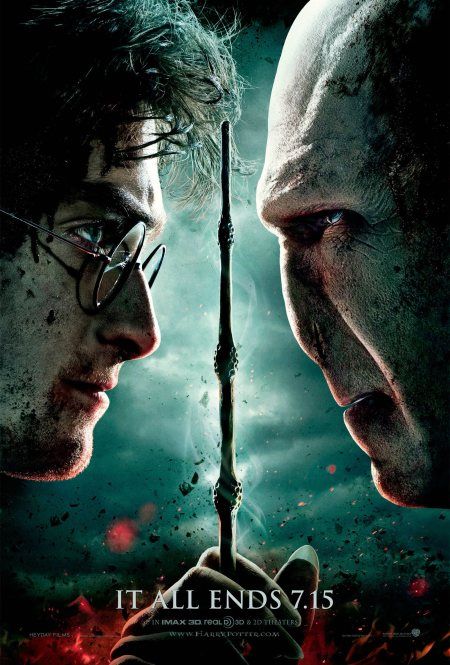 10. Umbridge Was Based On A Real Person

In both the books and the films, there is no doubt that Dolores Umbridge is a horrible, evil person with a twisted mind, and so it was sort of scary for fans to learn that Rowling had based Umbridge off of a real person Rowling had known. On October 31, 2014, Rowling released a 1700 word essay on Pottermore, noting that Umbridge had been based on a former teacher, “whom [she] disliked intensely on sight. The woman in question returned [her] antipathy with interest.” In the piece, Rowling also revealed some of Umbridge’s own backstory while also admitting that, because of who she drew on for the character Rowling, she “feels the purest dislike” for the character and says she is “every bit as reprehensible as Lord Voldemort.” 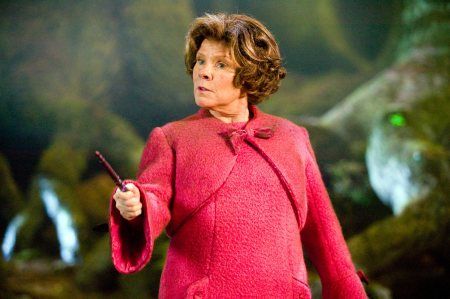 While a lot of the franchise focuses on Harry Potter wishing he knew his parents and his extended family, Rowling finally gave fans a ton of Potter backstory with a short written history titled “The Potter Family.” Through this she revealed that James Potter’s parents were named Fleamont and Euphemia Potter and they were unable to have a child for years before being surprised by getting pregnant and having a son, James. Although Rowling had previously mentioned that they had both died from a wizard illness, Rowling added in the story that Fleamont and Euphemia died within days of each other after contracting Dragon pox. 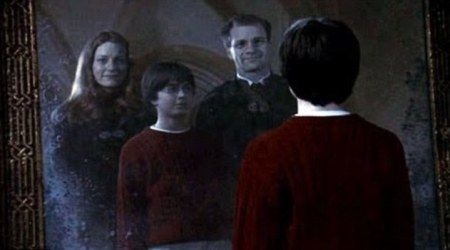 In December 2014, Rowling wrote a special 12 Days of Christmas of Pottermore content and in one she delved into the backstory of Harry Potter’s school rival Draco Malfoy, explaining why he is so mean. “Draco was raised in an atmosphere of regret that the Dark Lord has not succeeded in taking command of the wizarding community.” She continued by adding that the Malfoys, along with other Death Eaters, initially believed Harry could be “another, and better, Voldemort,” and Draco’s hate for him spurred when he realized Harry was nothing like Voldemort at all. 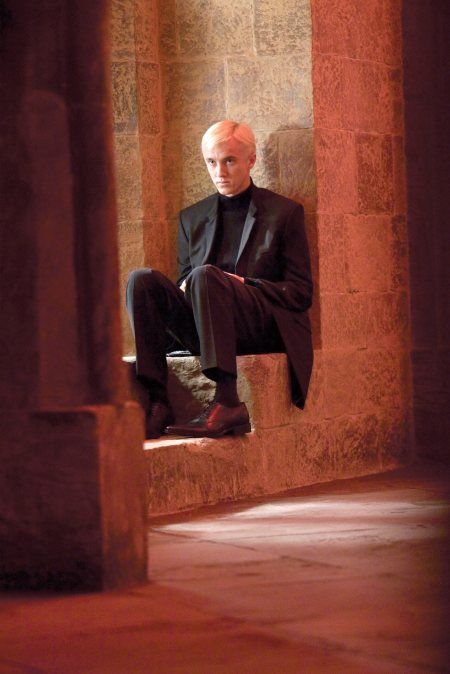 Since his name is not be spoken, it isn’t surprising that many people got the pronunciation of Voldemort wrong for years. Rowling confirmed that it is supposed to be said without the “t” when she responded to a fan on Twitter who wrote, “One piece of Harry Potter trivia I always forget to mention: the “t” is silent in Voldemort, according to @jk_rowling.” She tweeted back, “… but I’m pretty sure I’m the only one who pronounces it that way.” 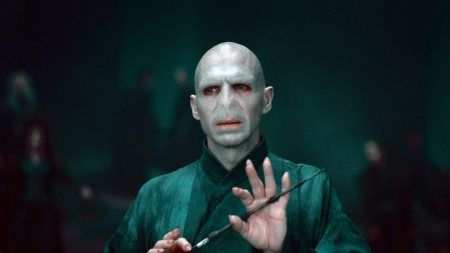 The love story of Ron and Hermione eclipses even that of Harry and Ginny in the series and Rowling nearly tore fans apart when she stated that in the future Ron and Hermione needed marriage counseling. First Rowling stated, “I wrote the Hermione/Ron relationship as a form of wish fulfilment. That’s how it was conceived, really. For reasons that have very little to do with literature and far more to do with me clinging to the plot as I first imagined it, Hermione ended up with Ron.” She then added, “Maybe she and Ron will be alright with a bit of counseling, you know. I wonder what happens at wizard marriage counselling? They’ll probably be fine. He needs to work on his self-esteem issues and she needs to work on being a little less critical.” 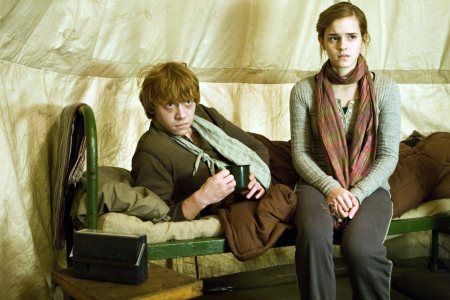 One of the most heart-wrenching of Voldemort’s victims are the parents of Neville Longbottom, Frank and Alice. As fans know, both were tortured into insanity by Bellatrix Lestrange and lived at the wizarding hospital, and after the story was done many fans wondered if they had eventually recovered, but to their dismay, Rowling said no. “I know people really wanted some hope for that, and I can quite see why because, in a way, what happens to Neville’s parents is even worse than what happened to Harry’s parents. The damage that is done, in some cases with very dark magic, is done permanently.” In happier news she did reveal that Neville did well for himself, not only becoming the Professor of Herbology, but also marrying Hannah Abbot. 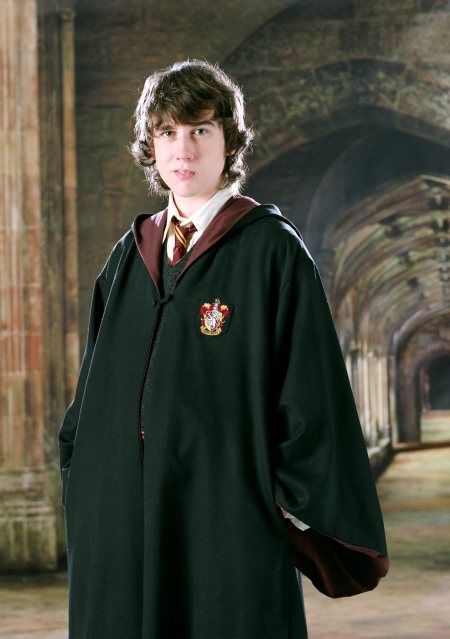 Throughout the books, it was made clear that Harry Potter had been left quite a bit of gold by his parents, but since it seemed that, while Lily and James Potter were amazing wizards, they didn’t have extraordinary jobs making many wonder why they had so much money. In “The Potter Family” story, Rowling finally explained where Potter wealth came from, starting with Linfred and his potions. It seems the real money-maker, however, was the revelation that in the early 1900s, Fleamont invented none other than Sleekeazy’s Hair Potion, and after Fleamont sold the company, he quadrupled his money, which was left to James and then Harry. 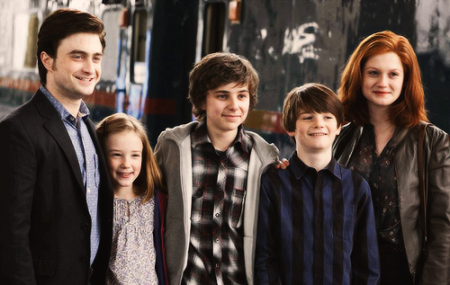 Of all the death’s in Harry Potter that were shocking and tragic, there is one in particular that Rowling has admitted to regretting since wrapping up the series, citing the killing off of Florean Fortescue, the owner of the ice cream parlor in Diagon Alley. “I seemed to have him kidnapped and killed for no good reason. He is not the first wizard whom Voldemort murdered because he knew too much (or too little), but he is the only one I feel guilty about, because it was all my fault.” 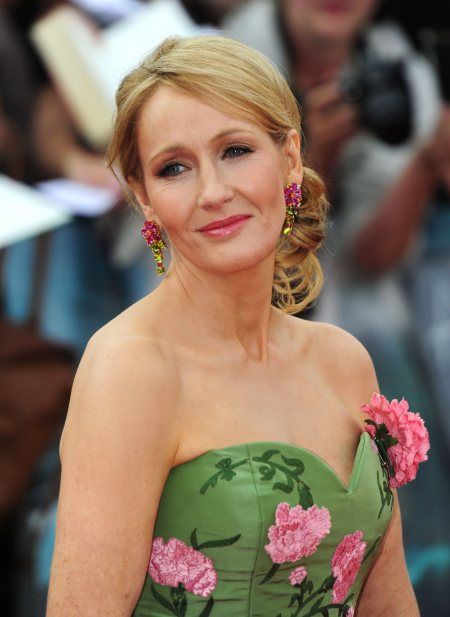 After much speculation from fans and Rowling finally made one of the biggest and most well-received revelations yet, that Professor Albus Dumbledore was in fact gay. Rowling made the announcement in 2007, confirming not only was he gay, which she “always thought,” but he was always very in love with his former best friend and great Dark wizard, Gellert Grindelwald. A fan asked if Dumbledore had ever fallen in love and Rowling responded, “My truthful answer to you… I always thought of Dumbledore as gay. Dumbledore fell in love with Grindelwald.” With the uproarious ovation she got at the news, Rowling added, “If I’d known it would make you so happy, I would have announced it years ago!” 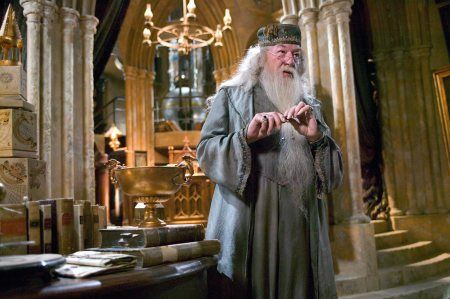 Of course, Rowling couldn’t update the world on so many Harry Potter facts without going into great detail about the main three characters, Harry, Ron and Hermione, and their life after Hogwarts. Harry and Ron both became high ranking Aurors in the Department of Magical Law Enforcement although they never actually returned to Hogwarts, and Harry even became head of the department in only nine years. Meanwhile, Hermione Granger is in her own high position in the Department of Magical Law Enforcement. Ginny Weasley meanwhile continued her Quidditch career and played for the Holyhead Harpies before retiring to raise her and Harry’s three children, although she stayed on as a Quidditch correspondent for the newspaper. 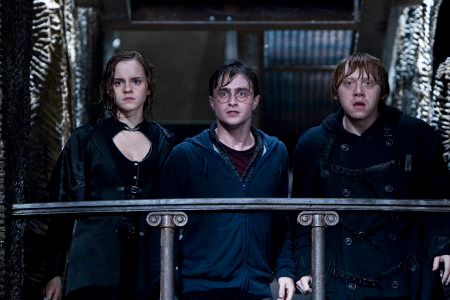 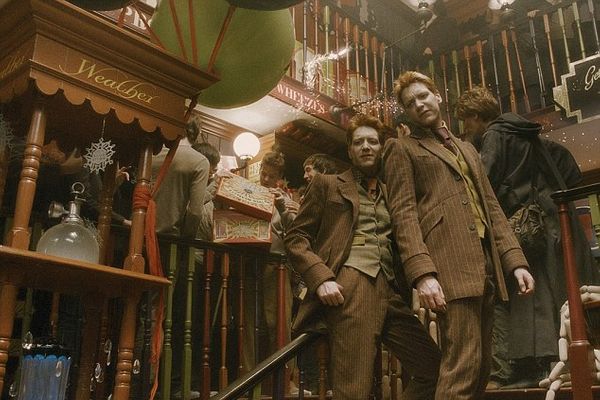