A study group of misfits at Greendale Community College form friendships while embarking on zany adventures. The diverse cast includes Joel McHale (Jeff), Gillian Jacobs (Britta), Danny Pudi (Abed), Yvette Nicole Brown (Shirley), Alison Brie (Annie), Donald Glover (Troy), and Chevy Chase (Pierce). They have all found themselves enrolled at Greendale for embarrassing reasons. For instance, Jeff’s law firm found out he never had a college degree, while Annie is a former Adderall addict. Community aired on NBC from 2009 until 2015, and garnered a legion of fans quickly. Find out some things you may not have known about the hilarious show!

Creator Dan Harmon went to community college and used his experiences and the people he met as inspiration for the show. The roles of Britta Perry and Jeff Winger are loosely based on Harmon and his college girlfriend.

11. Heir to the Toilet Fortune

After season three, creator Dan Harmon was dismissed for being difficult to work with and creating stress among the other writers. Moses Port and David Guarascio were hired to replace him. Under Port and Guarascio’s direction, the cast was allowed to perform more improvisation. However, the show’s ratings took a hit and Harmon took over again for the fifth season.

8. Who They Wanted and Who They Got

Creator Dan Harmon wanted Ray Liotta to play Buzz Hickey in season five, but wasn’t able to get him and the part went to Jonathan Banks. Patrick Stewart was also wanted for the role of Pierce Hawthorne, but Chevy Chase was cast instead.

Alison Brie (Annie Edison) was portraying Trudy Campbell in Mad Men when she signed on for Community. Often she found herself filming Mad Men in the morning before going to another set to work on Community. Unfortunately, both shows ended in 2015.

Fans will have noticed that Abed’s movie posters are always rearranged on his bedroom walls. The character of Abed was inspired by Abed Gheith, a writer and actor who played the janitor on Community in season six.

5. From Doctor to Spanish Professor

Ken Jeong who plays Ben Chang on Community, has an M.D. from the University of North Carolina. While doing his residency in New Orleans, he did comedy and won the “Big Easy Lay-Off.” He has been acting and performing ever since. Jeong actually played a doctor in Knocked Up (2007).

Before being casted on Community, Donald Glover (Troy Barnes) was the only black writer for NBC’s 30 Rock. He was still in college and living at the New York University Dorm as one of its resident advisers.

Richard Erdman (Leonard) is the most experienced actor on Community and began his career in 1944 at the age of 19. In total, he has 162 acting credits, and with a few exceptions, he has performed every year for over half a century.

Danny Pudi (Abed) is bilingual and speaks fluent Polish. His mother is from Poland and his father is from India. Both his parents immigrated to American and met at an English class in Chicago. 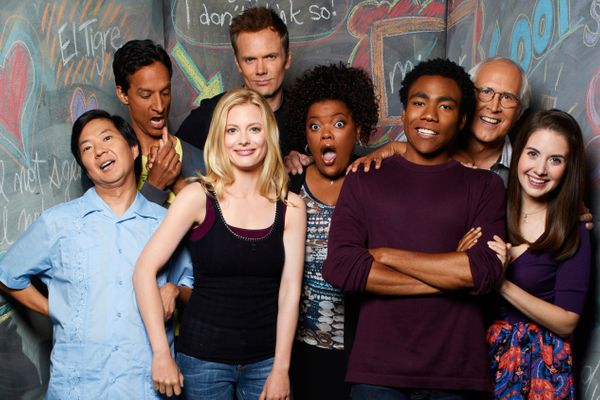 Cast Of Community: How Much Are They Worth Now?