Boy Meets World was one of the most popular sitcoms in the ’90s. Through everyday events, the show told the coming-age-story of Cory Matthews and taught important life-lessons along the way. Boy Meets World ran for seven seasons and acted as the launching pad for many stars like Ben Savage, Danielle Fishel, Rider Strong and Will Friedle. Viewers also got to see some soon-to-be big stars who took on guest roles before making it big in their careers. Here’s a list of 14 celebrities who guest starred in Boy Meets World!

It’s hard to picture him as anything other than Stanford Blatch, but way before he landed his popular gig on Sex and the City, he played three different characters on Boy Meets World between 1993 and 1999. Garson was once Leonard Spinelli, Mervyn and then lastly the minister at Cory and Topanga’s wedding.

Nia Vardalos is now best known for her role in the popular film My Big Fat Greek Wedding, but before she was a big movie actress, she had an uncredited role in Boy Meets World as a waitress. She then makes another cameo later on in the series as Mrs. Gallagher, a woman who works at the adoption agency in the episode “Can I Help to Cheer You.” She is the one who delivers the news to Eric that they found a good home for Tommy.

Desperate Housewives star Marcia Cross had a three-episode arc on Boy Meets World in 1999 as Topanga’s mother, Rhiannon Lawrence! This role was recast a few different times, and it’s not clear why actresses were swapped out so frequently, but it’s possibly because the character only made sporadic appearances.

When Yasmine Bleeth made her cameo on Boy Meets World in 1995, she was already famous from her time on Baywatch as Caroline Holden. This was during the peak of her career. She showed up in the same episode as Adam Scott and played herself as a love interest for Griffin.

Back in the day Jennifer Love Hewitt played a love interest for Will Friedle’s character, Eric, on Boy Meets World. She played the character of Jennifer Love Fefferman, also known as ‘Feffy’ in the episode “And Then There Was Shawn” in season 5. During this episode, Shawn has a dream that there is a killer in the school which ended up being his subconscious telling him he’s afraid of losing all of his friends.

Rewind all the way back to 1993 in season 1’s episode “Grandma Was a Rolling Stone” and you’ll find Felicity star, Keri Russell, in the role of Mr. Feeny’s niece, Jessica. In this episode Eric was so desperate to win her affection he used his little sister Morgan to impress her!

The same year she appeared in Clueless, Brittany Murphy had a two episode arc in season 3 of Boy Meets World as Topanga’s eccentric friend, Trini. Cory ends up asking her on a date after Shawn and Topanga tricked him into thinking they were dating.

Parks and Recreation actor Adam Scott looks almost exactly the same as when he appeared in Boy Meets World back in 1995! He played the role of Griffin Hawkins, a band member and self-proclaimed tough guy at John Adams High in four episodes of season 3.

A teenaged Candace Cameron Bure with platinum blonde hair played a witch named Millie, who Jack falls in love with during the episode “The Witches of Pennbrook” in season five of Boy Meets World! This was a far cry from her previous days as DJ Tanner on Full House!

Melissa Joan Hart reprised her Sabrina The Teenage Witch role for Boy Meets World in 1997 when she appeared as Sabrina Spellman in the episode titled “The Witches of Pennbrook.”

Very early on in her career, Hawaii Five-O and Dexter actress Julie Benz showed up in Boy Meets World back in 1996 as Eric’s date, Bianca. He takes her to Chubbie’s in the episode “City Slackers” of season 3.

Today she’s known for her role in the Netflix original series Bloodline and as one of the Freaks and Geeks’ stars, but when she first started out in her acting career, she played the role of Lauren on Boy Meets World. Her character was pretty unique because she was the only one who ever managed to come between Topanga and Cory, even if it was just for a brief moment.

The Walk to Remember actor may hold a special place in our hearts now, but back in the day his character Nick on Boy Meets World wasn’t so likable! He shows up in season 3 and kisses Topanga during one of her breaks with Cory — not cool! 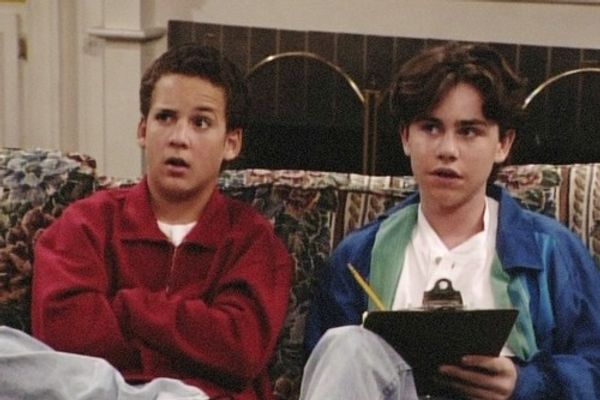