Who knew that 2017 would end up being so dramatic! From countless sexual assault allegations to extortion and blackmail scandals to child abuse accusations, it is safe to say that this year we have seen it all! Since 2017 is about to finally come to a close, we are counting down the year’s biggest celebrity scandals – here are the top 15!

Tiger Woods was arrested this past May for DUI after he was found asleep behind the wheel of his car in Jupiter, Florida. The toxicology report revealed that the pro golfer had traces of the painkillers Vicodin, Dilaudid, Xanax, Ambien and THC in his system. In August, he reached a plea deal with prosecutors where he agreed to plead guilty to reckless driving and enter a diversion program, perform 20 hours of community service, attend a workshop where victims of impaired drivers discuss how drunk driving damaged their lives and pay a $250 fine and make an additional donation of $250 to Palm Beach County Victim Services. If he completes all of this, his reckless driving charge will be expunged from his record. 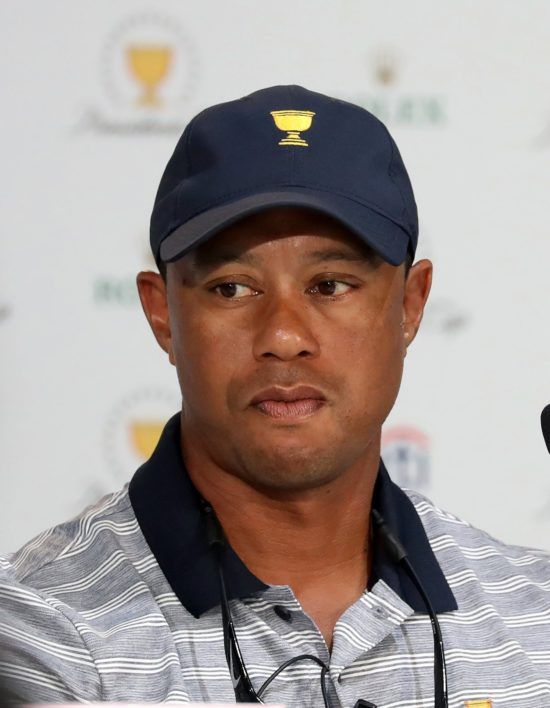 In a New York Times report, five women accused comedic actor Louis C.K. of sexual misconduct. Two women, Dana Min Goodman and Julia Wolov, allege that he exposed himself to them in his hotel room when they were hanging out while the three other women accused him of separate acts of sexual misconduct. Surprisingly, the comedian admitted in a statement that the allegations of sexual misconduct were true. “These stories are true. At the time, I said to myself that what I did was okay because I never showed a woman my dick without asking first, which is also true,” he said. “But what I learned later in life, too late, is that when you have power over another person, asking them to look at your dick isn’t a question. It’s a predicament for them. The power I had over these women is that they admired me. And I wielded that power irresponsibly.” As a result, FX Networks, which aired his show Louie, has announced that he will no longer serve as executive producer or receive compensation for four other shows he was involved with on FX, and his publicist has quit. 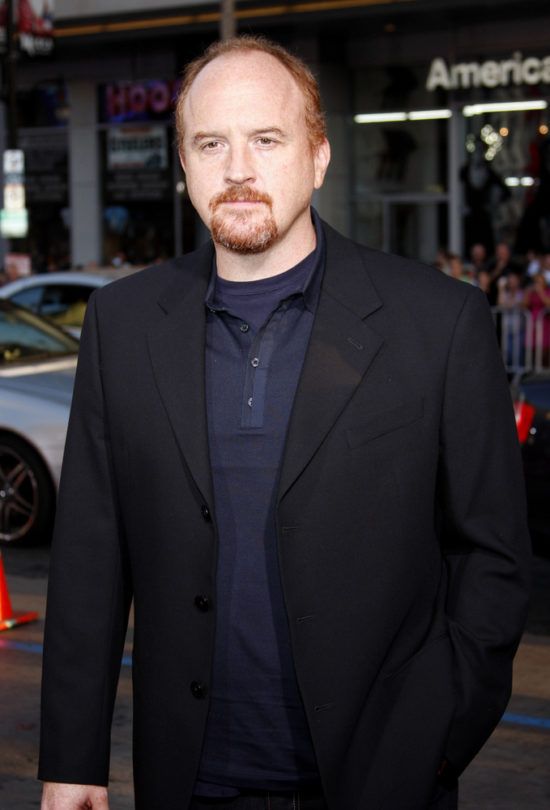 Andrew Kreisberg – executive producer of Supergirl, The Flash, Arrow, and Legends of Tomorrow – was fired this past November by Warner Bros. Television after 15 women and four men accused him of sexual harassment and other physical misconduct. Kreisberg has denied the allegations, claiming that he never inappropriately touched or massaged anyone and that he only made comments about women’s appearances as it related to his job as an executive. 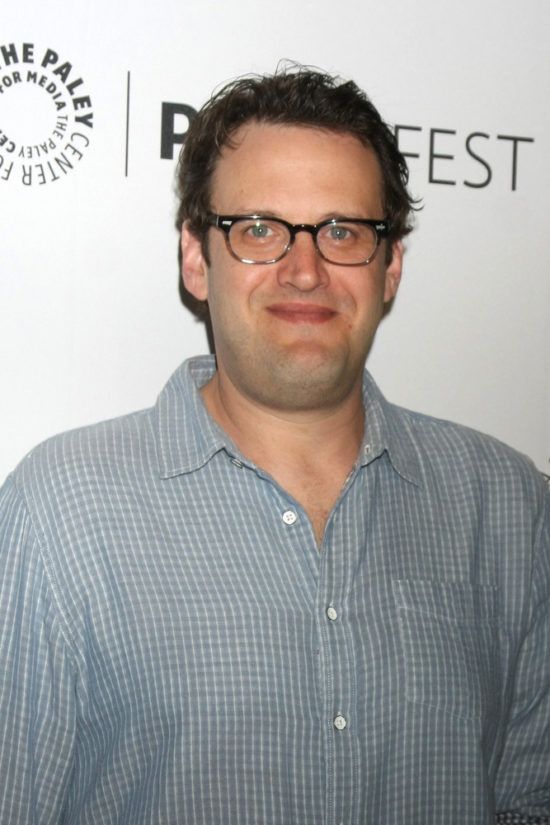 Robin Thicke and Paula Patton spent a good portion of 2017 embroiled in a nasty custody battle over their son, Julian. Child services got involved after Julian told school officials that his dad had been spanking him really hard and punching him. A nanny also accused the singer of smoking marijuana in front of Julian and Patton alleged that Thicke showed up to their son’s kindergarten graduation drunk. Patton then began restricting Thicke’s access to their son and had his custody was temporarily suspended. In court documents, Patton claimed that Thicke had been physically abusive with her during their marriage and had also threatened her multiple times and cheated on her repeatedly. After all of the messiness, the former couple managed to come to come to a custody deal, which was mutually beneficial this past summer. 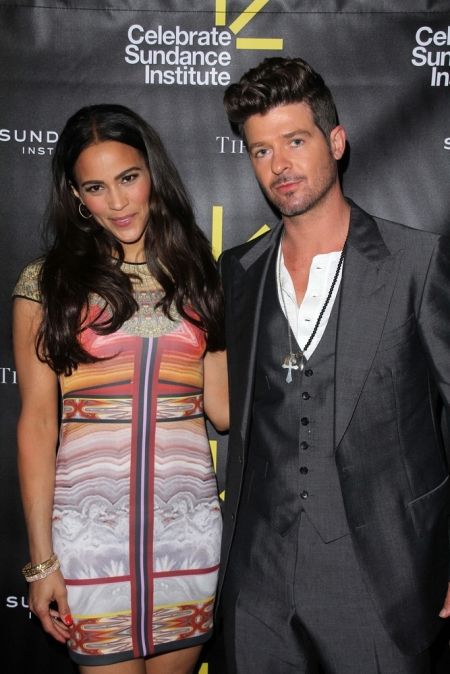 In October 2017, The New York Times and The New Yorker broke the news that dozens of women in the entertainment industry had accused Harvey Weinstein of sexual harassment, sexual assault, and rape. Since then, more than 80 women have come forward accusing the producer of such acts. Weinstein has since been fired from his own company (The Weinstein Company) and expelled from the Academy of Motion Picture Arts and Sciences and authorities in Los Angeles, New York City, and London have opened investigations into the disgraced producer. 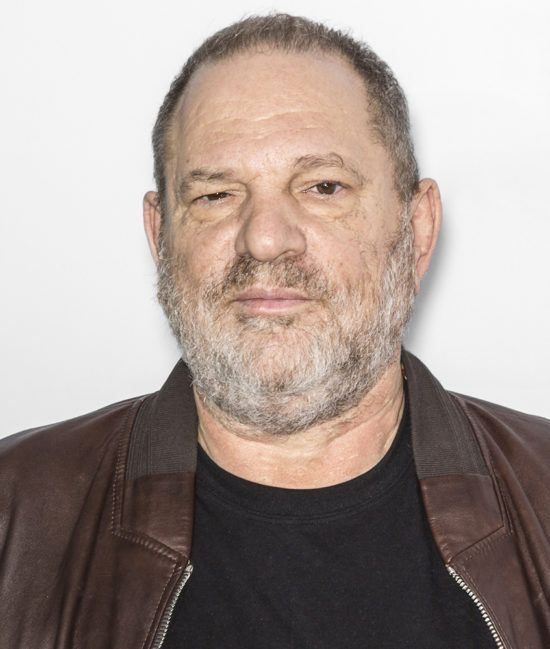 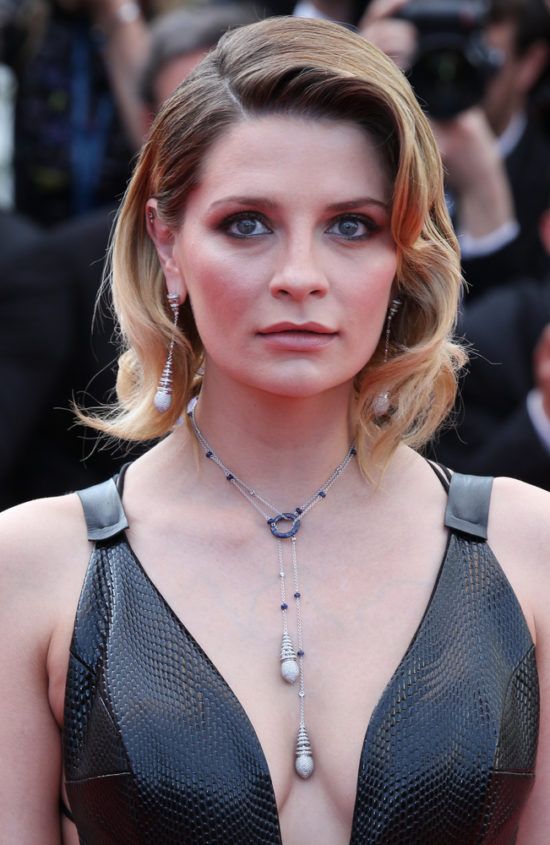 Matt Lauer is one of the latest in the string of men who have been accused of sexual misconduct. He was fired from NBC after a female colleague accused him of inappropriate sexual behavior during the 2014 Sochi Olympics. Lauer apologized in a statement but claimed that some of what was being said was not true or mischaracterized. After his firing, more sexual misconduct allegations were reported, with one of the accusers alleging that the host locked her in his office in 2001 and then sexually assaulted her. 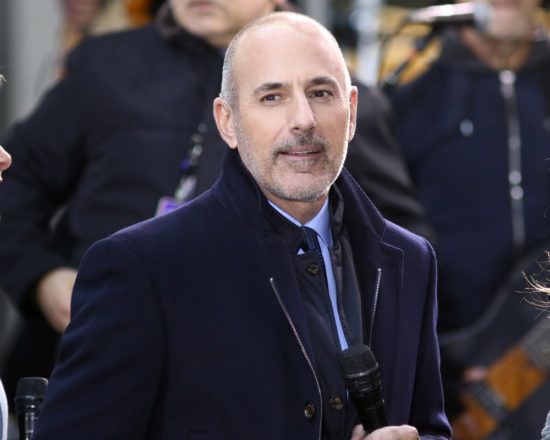 8. Mel B and Stephen Belfonte Abuse and Blackmail Scandal

Mel B.’s divorce from her husband of 10 years, Stephen Belfonte, has been the most dramatic split this year. She’s accused him of forcing her to have threesomes and taping the encounters to use against her if she left him, of getting their nanny pregnant and then forcing Mel to pay the nanny off, and of numerous incidents of physical abuse. She was granted a temporary restraining order against Belfonte after she claimed in court documents that she feared for her safety. The couple finally settled their bitter divorce in November of this year. According to the legal documents, Belftonte has to destroy any compromising videos of Mel and she will have to pay him spousal support for three years. They will also share physical custody of their daughter, Madison, and they have to sell the family home and divide the profits. 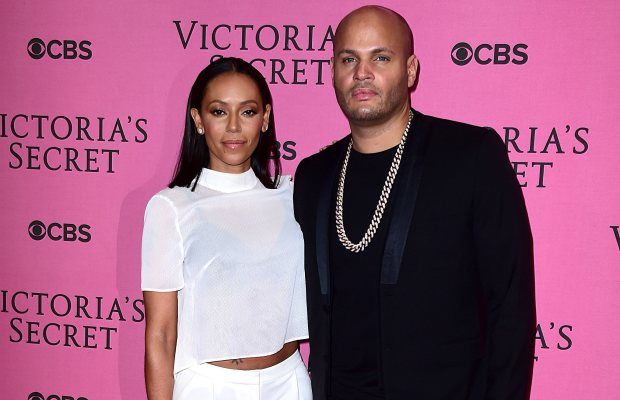 Bill O’Reilly got his comeuppance this past April when The New York Times published an article that revealed how Fox News and its parent company 21st Century Fox along with O’Reilly had spent millions reaching settlements with five different women who had complained that he had sexually harassed or behaved inappropriately with them. Once advertisers began abandoning his show, an internal review revealed that more women had accused him of inappropriate behavior and O’Reilly was then fired. 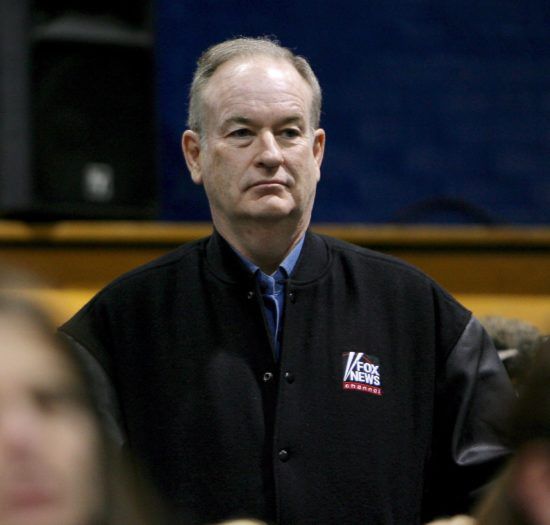 6. Danny Masterson Fired from The Ranch

Danny Masterson was fired from the Netflix show The Ranch after four women accused the actor of rape. The allegations date all the way back to 2004 when one of the accusers filed a complaint with the LAPD. The day before he was fired, it was reported that one of the accusers had confronted a Netflix exec for the show, Andy Yeatman, about Masterson not being fired from the show despite the rape allegations, and he reportedly said that the company didn’t believe the accusations. Since his dismissal, Masterson has released a statement. “I am obviously very disappointed in Netflix’s decision to write my character off of The Ranch. From day one, I have denied the outrageous allegations against me. Law enforcement investigated these claims more than 15 years ago and determined them to be without merit,” he said. “I have never been charged with a crime, let alone convicted of one. In this country, you are presumed innocent until proven guilty. However, in the current climate, it seems as if you are presumed guilty the moment you are accused. I understand and look forward to clearing my name once and for all.” 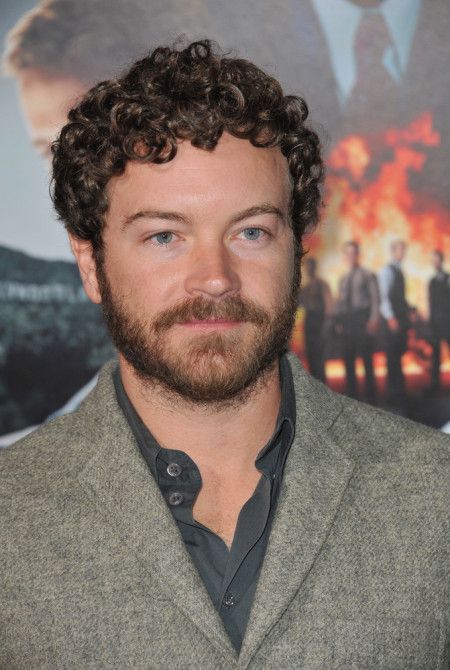 This past September, Kevin Hart found himself at the center of an extortion scandal when a model named Monia Sabbag secretly filmed him during an alleged sexual encounter. She reportedly demanded money from the actor in exchange for her not leaking the video; however, she denies having anything to do with the extortion attempt, but did claim to be intimate with Hart three times throughout the month of August. The FBI is currently investigating the extortion attempt, and Hart’s wife, Eniko Parrish, who recently gave birth to the couple’s first child, is standing by him in spite of his infidelity. 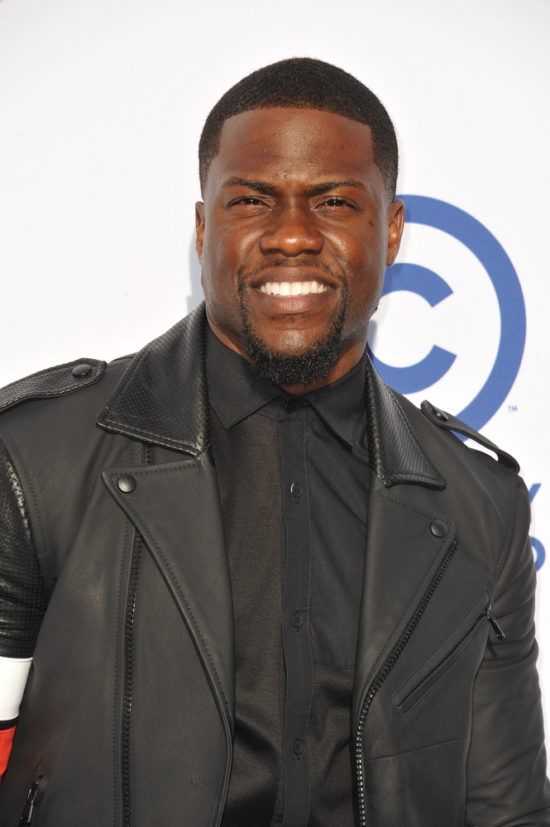 Oscar-winning actor Kevin Spacey was dropped from his Netflix show House of Cards this past November after Anthony Rapp accused him of sexually assaulting him when he was 14 years old. While Spacey apologized to Rapp, claiming that he didn’t remember the incident, more victims have since come forward, accusing the actor of sexual misconduct. Eight House of Cards employees have alleged that he created a “toxic” work environment and displayed “predatory behavior” while London’s Old Vic theatre received 20 allegations against the actor for a “range of inappropriate behavior” during his time as the theatre’s artistic director. Following the allegations, Netflix cancelled his upcoming Gore Vidal biopic and he was replaced with Christopher Plummer in the movie All the Money in the World. 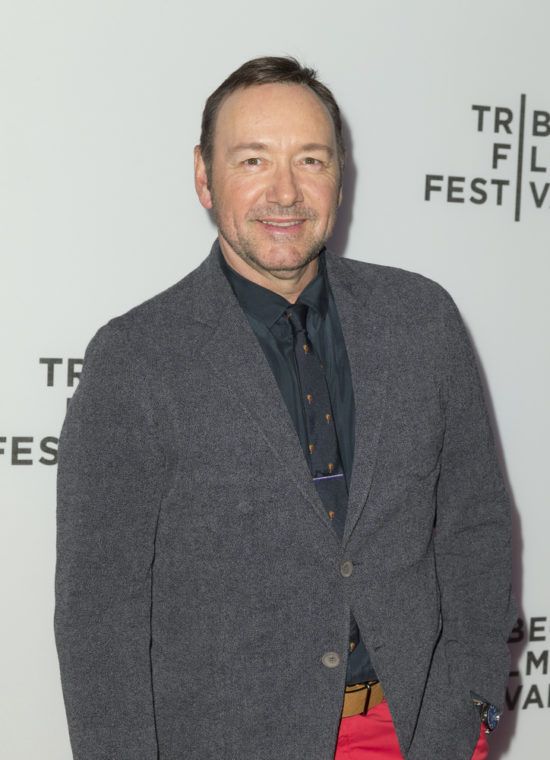 Ryan Phillippe was accused of assaulting his ex-girlfriend Elsie Hewitt this past summer. The 21-year-old model filed a civil suit against the actor for allegedly kicking, punching and throw her down a flight of stairs after an argument. She initially tried to have him criminally charged, but authorities closed the criminal investigation without filing any charges. She’s seeking $1 million in compensation. Phillippe – who has denied the allegations – has filed his own countersuit and has requested that her suit be dropped and has accused her of having broken into his home that night and of trying to extort money from him. 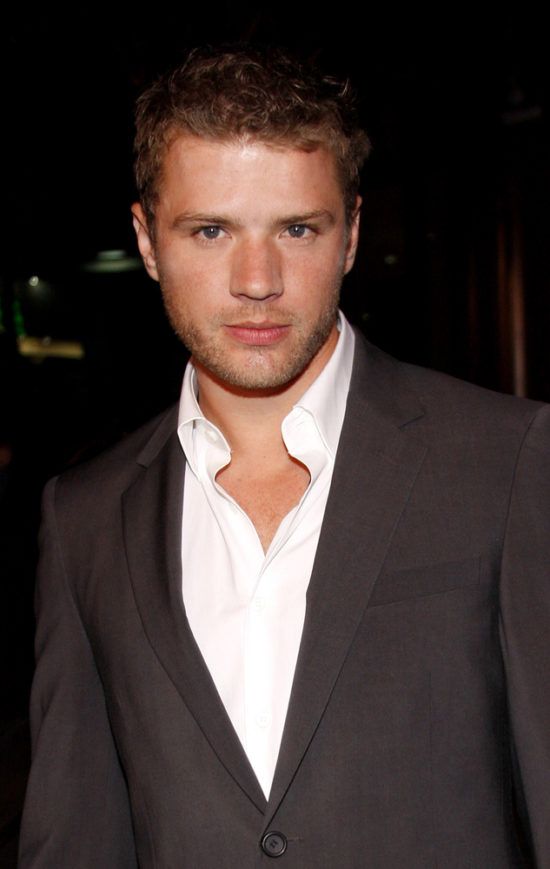 Three women have come forward this past fall accusing former Gossip Girl actor Ed Westwick of sexual assault back in 2014. The first two claim that they were invited to the actor’s home by a mutual friend and then were drinking before they passed out in a spare bedroom. On these two separate occasions, both women allege that Westwick then forced himself on them. The third woman claims that he groped her when she went to his house for a party with her ex-boyfriend only to find that the ex and Westwick were the only two there. The actor was set to star in an upcoming Agatha Christie special Ordeal by Innocence, but BBC will not be airing it because one of his victims has filed a police report with the LAPD and an investigation has been opened. 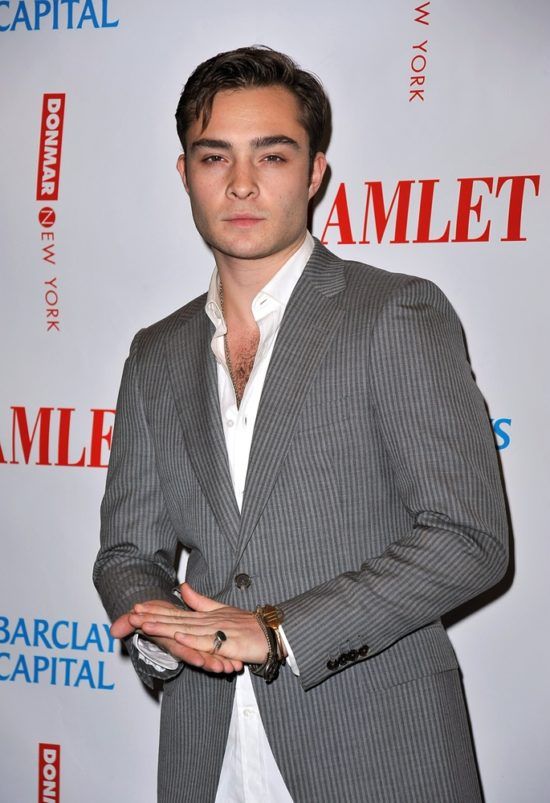 Former One Tree Hill creator and showrunner Mark Schwahn has been accused of groping, as well as emotionally and psychologically traumatizing the cast, crew members and the writers on the show, including Sophia Bush, Hilarie Burton and Danneel Harris. Burton claims that his harassment of her began during season three when he decided that she would be his muse and he became the reason that she derailed her acting career after she left the show. Schwahn is currently the showrunner for The Royals; however, 25 women who worked on this set have also gone on record accusing him of harassment and psychological abuse. He has since been suspended and Lionsgate has launched an internal investigation. 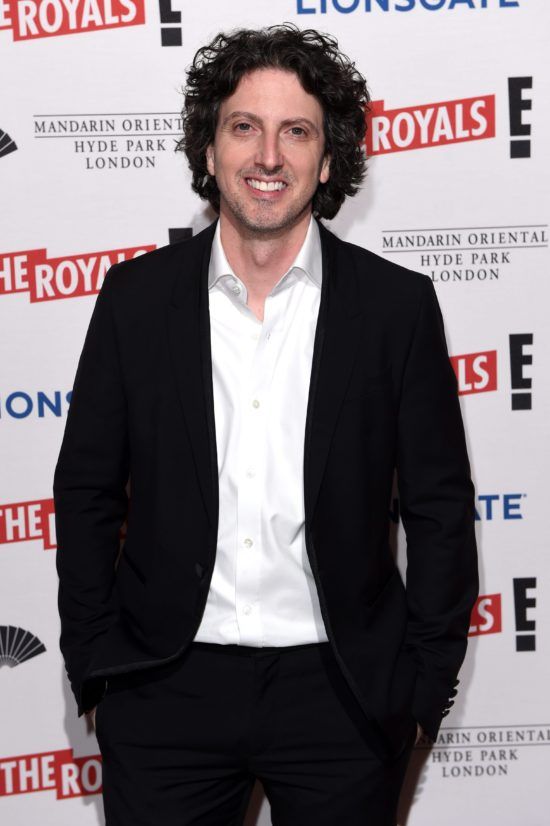 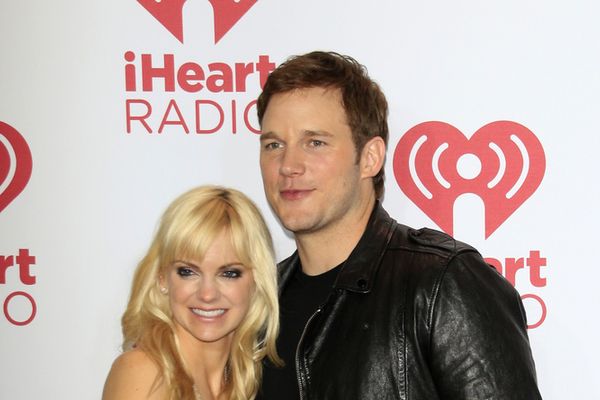