Canadian singer-songwriter Shania Twain rose to fame during the mid ’90s thanks to her album The Woman in Me, but it was her third album Come on Over that really solidified her place as both a country and a pop star. In celebration of her birthday, we have a list of 15 things that most people don’t know about the talented star:

14. There is a road in Timmins, Ontario, named “Shania Twain Way”

The success of this country singer has led her hometown of Timmins, Ontario, to name a street after her in 2001. The street was named after her success with The Woman in Me and Come on Over.

13. She has a Cottage in Huntsville, Ontario

This area of the Muskoka’s is renowned for its beauty and it attracts some of the biggest names to its watery banks. Sharing the shores are couple Kurt Russel and Goldie Hawn, along with money-man, Kevin O’Leary. This private sanctuary is a loved getaway for Shania and son Eja (pronounced Asia).

The music video for the amazingly successful smash-hit “Man I feel Like a Woman” (1999) parodies Robert Palmers “Addicted to Love” video filmed in 1985. Shania inverts the gender roles of the musicians in the background, featuring stoic hunks rather than women, and polishes it all off with a tip of her top hat, which she wears throughout the entire video. The song was written by her and her then-husband, Robert John “Mutt” Lange.

11. She Married Her Ex-Husband’s Mistress’ Ex

Shania Twain went through a heartbreaking divorce after discovering that her husband of 14 years was cheating on her with her assistant and close friend, Marie-Anne Thiebaud. In a bizarre turn of events though, Twain got the ultimate revenge by marrying Frederic Thiebaud in 2011, the ex of Marie-Anne. I’m not sure if this is considered a love triangle or partner swapping…

10. She has a star on Hollywood’s Walk of Fame

In 2011, the singer’s celebrity status reached new heights when she was honored with her own star on Hollywood’s Walk of Fame. Shania was sure to thank son, Eja, and husband, Fred, before describing the moment as “surreal.” The Canadian was also the proud recipient of a star on Canada’s Walk of Fame in Toronto in 2003.

9. Her German shepherd and guard dog was named “Tim”

Shania is an avid animal lover and the recipient of PETA’s first ever Sexiest Vegetarian Celebrity Award in 2001. She had a German shepherd named “Tim” after her hometown of Timmins, Ontario, that accompanied her everywhere and doubled as her guard dog until her Up! Tour when he tragically passed away. Shania currently is the proud momma to two New Foundlanders and five horses.

8. She’s One of the Best-selling Artists of All Time

Shania has sold over 85 million records worldwide, making her one of the world’s best-selling artists of all time. She also holds the title of the best-selling female artist in the history of country music. She is the only female artist to have three consecutive albums certified Diamond by the RIAA, and is ranked as the 10th best-selling artist of the Nielsen SoundScan era. She has received five Grammy Awards and, in 2011, she was inducted into Canada’s Music Hall of Fame.

Sharing a place on Canada’s Walk of Fame with Twain, is funny-man, Jim Carrey, and this comedian also happens to be the country star’s favorite actor. Carrey is known for his unique brand of outlandish humor and his portrayals of unforgettable characters like the Mask, the Grinch, and Ace Ventura.

6. Shania once turned down a guest appearance on “Baywatch”

In the 1990s one of the sexiest shows on television was Baywatch, and who could forget those red bathing suits and the Hoff running down that strip of beach? Well apparently the producers of the show thought Shania could pull of a swimsuit no problem and they offered her a guest spot on the series. Shania had her sights set on a slightly different direction for her career and turned the spot down to viewer’s unknowing disappointment.

5. Her favorite places to hang-out in Timmins are Don’s Pizza and the Farmer’s Market

If you’re looking to get a glimpse of this country legend, look no further than her favorite hometown spots. According to local sources, Shania loves to hang out at Don’s Pizza and the Farmer’s Market while visiting Timmins and getting down with her roots.

Originally born Eilleen Regina Edwards, Twain adopted the stage name “Shania” in the early 1990s, which is said to reflect her Ojibwa roots. Shania gained status as a legal Indian after being adopted by her Ojibwa stepfather, Jerry Twain, and was immersed in the culture her entire life. The name aptly reflects her humble beginnings and her road to success, although her biographer, Robin Eggar, raises doubts to the legitimacy of the existence of this word in Ojibwe. Nonetheless, the story the media paints of “Shania” will continue to follow the country superstar for the rest of her life, and most likely, beyond.

3. She Shares a Birthday with Fellow Country Superstar, LeAnn Rimes

LeAnn may only be turning 33 this August 28th, but she may just be blowing out the candles at the same time as Ms. Twain. These two seem to have a lot in common besides being fellow Virgos, signs that suit them quite well. Both of these beauties broke into the country scene in the mid-1990s, have multiple Grammy Awards under their belts and pioneered the country-pop genre. They’re also each on their second marriage, have both published books, and they both did a stint in the reality TV circuit.

2. She Started Shania Kids Can in Las Vegas

Shania said that if she ever made it she would give back. Before leaving Vegas behind after a series of shows at Caesars Palace, Shania set up her charity, Shania Kids Can (SKC), to help at-risk children reach their full potential. The superstar based the charity on her own experiences in her troubled past and what problems she felt the children may be facing, such as poor self-esteem and low self-confidence. With the help of Shania and some other charities, such as the Dilawri Foundation, the charity has since expanded and created several Clubhouses across North America.

1. She was Legal Guardian to Her Siblings

Shania had a difficult upbringing with an abusive step-father, who she says used to beat her mother mercilessly. The family struggled to make money, and food was short as it had to be divided between two parents and five kids. At the age of 22, Shania lost her mother Sharon, and her step father, Jerry Twain, in a car accident in 1987, leaving her responsible for her three younger siblings. Shania moved the family from Timmins to Huntsville so that she could earn money singing at Deerhurst Resort to provide for them. Her manager in Huntsville eventually landed her with Mercury Records in 1991. 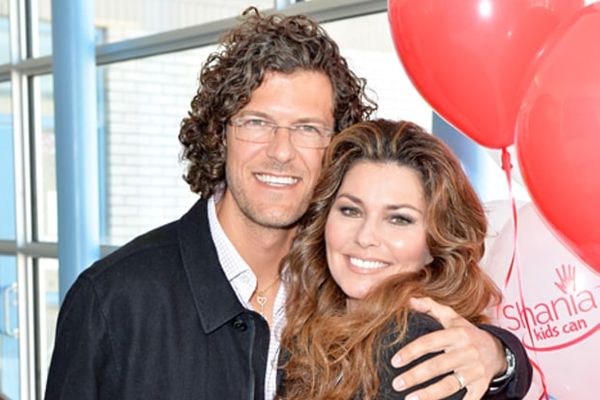