We tend to associate the people of royal status with perfection because of the image they often exude, but at the end of the day, they are human too! As such, even royals can’t avoid the unforeseen complications that happen in everyday life. There’s a lot of planning that goes into a wedding to avoid such blunders, but sometimes these things are out of our control. Here are 20 royal wedding fails you probably never even knew happened!

20. Horsing Around at William and Kate’s Wedding

Oddly enough, not many people remember this happening even though it sounds like it would’ve caused quite the stir! A frightened horse from the Household Cavalry could not be calmed as Prince William and Kate traveled to Buckingham Palace. The horse was likely spooked by the large crowds when it threw its rider off and bolted past the newlyweds. The dismounted rider tried to wrangle the horse in by grabbing its reins and pulling it off to the side, but it escaped once again and ran off towards Whitehall until it was finally stopped by Horseguards.

Queen Elizabeth II suffered a last minute crisis on the morning of her wedding day back in 1947 when her tiara broke! It was the Fringe Tiara, famously made in 1919 for Queen Mary. In an interview with Marie Claire, royal jeweler House of Garrard said: “The Fringe Tiara was given to Queen Elizabeth on her wedding day, and the hairdresser broke it. On that day, they had police escorted to the House of Garrard workshops. We fixed the Tiara that morning, had it sent back to Queen Elizabeth, and then she got married in it. You don’t expect the royals to have those sorts of mix-ups, but they do!”

Even though Prince William chose not to receive a ring on their wedding day, Kate Middleton got hers. After they exchanged vows, Prince William was supposed to slide the ring onto her finger, but it got stuck at her knuckles! Apparently, she’d had the ring resized after she lost a bit of weight. “She had her engagement ring resized because she’d lost weight and didn’t want the same problem with her wedding ring slipping off. It has now become a subject of amusement to her and William,” wrote the Daily Mail.

While the bride’s bouquet might seem like a frivolous detail, could you imagine a bride walking down the aisle without one? Princess Nathalie zu Sayn-Wittgenstein-Berleburg of Denmark almost had to make the trek down the aisle without her boutique after she showed up to her own wedding ceremony without her bouquet! Luckily they were able to get it to her beforehand, but she had to wait outside the ceremony location for almost 10 minutes before it arrived.

16. Princess Diana Suffered From a Headache

There’s nothing worse than not feeling well while the whole world is watching. Princess Diana did an impeccable job of never letting the public know that she had suffered from a severe headache the entire day of her wedding. The headache was caused by the Spencer Family Tiara she had worn. “In the evening [after the wedding] we all went to a sort of semi-private party,” said the Princess’ brother Charles Spencer. “And she was there and she seemed incredibly relaxed and happy and I just remember she had a cracking headache too, because she wasn’t used to wearing a tiara all morning.”

After their wedding ceremony, Prince William and Kate Middleton rode through the crowds in a vintage sports car to the reception at Buckingham Palace. While they had smiles on their face the whole time, they were actually suffering through a bit of a mishap. It was later revealed that the car had a mechanical problem because Prince William had forgotten to release the handbrake which caused the car’s engine to groan loudly the whole way. Thankfully, the crowds were screaming so loud that no one actually noticed!

In all the photos of Marie Antoinette’s wedding dress it looks like a work of art, but in reality, it was a complete mishap! The dress was made with incorrect measurements, so it didn’t fit her. According to the Duchess of Northumberland, “the corps of her robe was too small and left quite a broad strip of lacing and shift quite visible which had a bad effect between two broader stripes of diamonds. She really had quite a load of jewels.” No matter how hard they tried, the dress wouldn’t close and by the time the mistake was discovered it was too late to fix it. She had to walk down the aisle with fabric to cover the gaps.

Back in 1981, Prince Charles wed the late Princess Diana. While the wedding was beautiful and now an iconic event in history, it was full of mishaps! For starters, Prince Charles flubbed his vows. He vowed to share “all his goods” instead of “my worldly goods,” which we have to admit is pretty funny! We’re sure Diana forgave him considering her flub was even worse! Keep reading to find out what she said…

A year after their wedding took place, Prince William revealed there was a time during the wedding planning process that he and Catherine didn’t know a single person on the guest list! In the ITV1 documentary, he said, “There was very much a subdued moment when I was handed a list with 777 names on – not one person I knew or Catherine knew. I went to her [the Queen] and said: ‘Listen, I’ve got this list, not one person I know. What do I do?’ and she went: ‘Get rid of it. Start from your friends and then we’ll add those we need to in due course. It’s your day.'” So as per the Queen’s request, he tore up the list and started from scratch!

While exchanging vows at their wedding, Princess Diana committed the ultimate sin! She messed up Prince Charles’ name! Instead of referring to him as “Charles Philip,” she called him “Philip Charles Arthur George.” Whoops! Prince Charles can be seen giving a sly smile after it happened.

This wedding dates all the way back to the 800s. When Alfred the Great (King of Wessex) married Ealhswith, he complained about a sharp and abrupt pain. According to the Journal of the Royal Society of Medicine, it happened during their all-day feast when he was “struck without warning in the presence of the entire gathering by a sudden severe pain that was quite unknown to all physicians.” It is assumed by historians that Alfred likely suffered from Crohn’s disease and unfortunately, it made his wedding day a not so fun experience!

The wind is often our worst enemy when it comes to fashion, and this was certainly the case for Lady Charlotte Wellesley (descendant of Queen Victoria and daughter of the Duke of Wellington) on her wedding day. While walking to her wedding ceremony back in 2016, a big gust of wind came along and swept her veil up so that it pointed toward the sky! Luckily she had a good sense of humor and simply laughed it off.

Princess Diana’s wedding dress has now gone down in history as one of the most iconic royal dresses of all time, but there was one major unforeseen mishap associated with it. Because of the fabric, it got completely wrinkled after she sat in the carriage on the way to St. Paul’s Cathedral. There are many photos from her wedding day which show just how wrinkled the dress was.

According to the Duke of Cambridge, Prince William was actually extremely sleep deprived on his wedding day. He only got half an hour of sleep! The reason behind his sleep deprivation was nerves, of course. Not because he was having cold feet, but because he was kept away by screaming crowds camped outside Clarence House on the eve of his wedding. “They were singing and cheering all night long, so the excitement of that, the nervousness of me and everyone singing – I slept for about half an hour,” he said.

6. King George IV Got Drunk at His Wedding

Weddings are a time to celebrate, drink and be merry, but it’s not a good look when the groom gets so drunk that he can’t even stand! This is exactly what happened at the 1795 wedding of King George IV and his wife Caroline, who also happened to be his cousin. Not only did he show up drunk and have to be propped up by his groomsmen, but he also stumbled up the altar steps, refused to say his vows and supposedly broke down crying when no one objected to their marriage. Apparently, he only agreed to marry her because he was in debt.

We’ve heard the fashion back in the day was uncomfortable, but this takes it to a whole new level! In addition to her husband passing out the night of their wedding and getting so drunk he had to be propped up, Princess Caroline couldn’t walk or stand in her wedding dress. According to historical recordings, the dress was simply too heavy. It was made from velvet, ermine, lace and silver tissue.

We’ve all had a good chuckle at this, but in case you haven’t seen it, there’s an infamous pouting bridesmaid who photobombed Prince William and Kate’s iconic kiss on the balcony of Buckingham Palace. She can be found in the bottom left-hand corner of most photos with her hands over her ears and a scowl on her face! Apparently, she didn’t like the noisy crowds!

We really feel bad for Augusta of Saxe-Gotha because she was obviously ill-prepared for marriage. She wed in 1736 when she was only 17-years-old. Her husband to be was Frederick Prince of Wales. She got so nervous about walking down the aisle that she puked on her new mother-in-law! The book Royal Babylon: The Alarming History of European Royalty notes that the Danish princess was petrified with fear after she arrived in London because she didn’t speak a word of English and was forced to marry a man she barely knew merely hours after she’d arrived in the country.

Princess Diana’s iconic wedding gown had a 25-foot train, so it’s not surprising to learn that one of her bridesmaids actually tripped over her dress on her wedding day. Clementine Hambro, her 5-year-old bridesmaid who was a former kindergarten pupil of Diana’s and Winston Churchill’s granddaughter, was the one who tripped and subsequently burst into tears. Being the lovely person that she was, Diana is remembered consoling the girl by leaning over and asking if she “bumped her bottom.”

This seems like something straight out of a Game of Thrones‘ episode, but King Harthacnut, the King of England from 1040 to 1042, passed away at his friend Tovi the Proud’s wedding! The story goes that his heavy drinking led to him having a stroke. 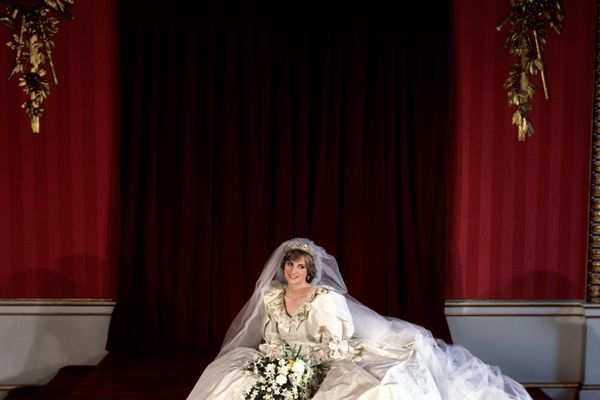 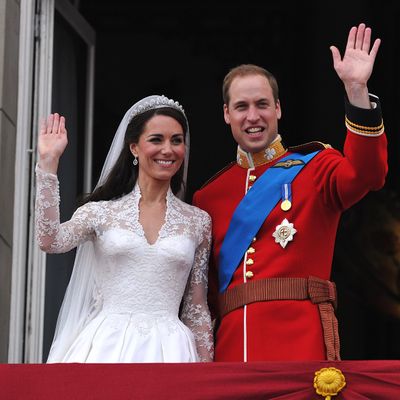