It’s no secret those in the music industry make a good chunk of change for what they do, but it can still be surprising to learn just how much these artists are making. There are high earning musicians across all genres, and the country music industry is no exception! Forbes recently compiled a list of the world’s highest earning country musicians of 2017, while some of the top earners aren’t all that surprising, there’s a few that are! Here’s a look at 11 of the highest paid country stars of 2017!

Zac Brown Band is one of the most unique country acts in the industry. A lot of their success comes from their ability to appeal to a wide audience. Their most recent 2017 album Welcome Home debuted at No. 2 on the Billboard 200 album chart. They’ve also charted 16 singles on the Billboard Hot Country Songs, 11 of which reached No. 1. Zac Brown has gone from rags to riches. In an HBO interview, Brown said after six years of touring he was broke and sleeping in his tour van which is a far cry from what he’s worth now!

Tied at $25 million with ZBB is fellow country singer Eric Church, also known as “Cheif” to many in the industry. The rock-country singer makes the majority of his net worth from touring and goes to great lengths to protect himself and his fans from scalpers. Last February he cancelled more than 25,000 tainted tickets on his Holdin’ My Own Tour. Ever since he signed to Capitol Nashville in 2005, he’s released five studio albums and charted several No. 1 hit singles like “Drink in My Hand,” “Give Me Back My Hometown,” “Springsteen,” and “Record Year.”

Australian country star Keith Urban is no doubt one of the biggest artists in Hollywood. Not only is he constantly touring around the globe, he’s also got his own guitar line and is widely known as one of the highest paid musicians in country music as he rakes in some of the biggest checks for his performances. Urban has been producing hits since 1999 and released 10 studio albums to date. This third album Be Here produced three No. 1 singles and ranks as his highest-selling album, earning 4x Platinum certification. In addition to his music and guitar line, he spent two seasons as a coach on the Australian version of The Voice and three years as a judge on American Idol!

Most artists on this list make a good chunk of their salary out on the road on tour, but Blake Shelton has his hands in a few other cookie jars that make him big bucks. One of his biggest earnings comes from being a regular coach on NBC’s widely popular singing show The Voice ever since it’s inception. Throughout his career he has charted 33 singles, 24 of which were No. 1 hits. He’s recognized as one of the most successful country artists today and as of 2014 he has sold 10 million records worldwide — that’s probably why he’s worth an estimated $31.5 million!

Jason Aldean has been making country music for a long time, and he’s got a select few singles that have really made him successful. His seventh album They Don’t Know made millions for him on tour which contributed greatly to his net worth of $32.5 million. According to Forbes, Aldean grosses an average of $1 million per city during his tours. He owns the hunting company Buck Commander, along with MLB players Adam LaRoche, Ryan Langerhans, Tombo Martin and Willie Robertson of Duck Dynasty.

This country duo has achieved huge success since their inception and are one of the most success country acts of 2010. They’ve only released three albums, but already garnered a net worth of $34.5 million — more than some artists who’ve been making albums for years! Their 2012 single Cruise goes down in history as the best-selling digital country song of all time in the U.S. and is the only country song to receive Diamond certification because it sold over 10 million copies. While they also have deals with Advance Auto Parts and Nitto Tires, the majority of their millions comes from being on the road.

The “Red Solo Cup” singer, Toby Keith has been able to make quite the net worth despite the fact that he’s been the center or more than one controversies. He was once again dragged into drama after being the only A-list celebrity to openly support Donald Trump’s inauguration last January. He showed his support once again when he played at a men-only show in Saudi Arabia during the president’s visit last May. Even though he might be controversial, the numbers don’t lie and Keith’s first four albums all earned Gold or higher certification, and produced chart-topping singles. In total he’s released 17 albums, charted 60 singles, including 21 No. 1 singles. In addition to his music, he’s also got an ongoing endorsement deal with Ford and Wild Shot mezcal.

Even though Dolly Parton isn’t making new music, she still ranks as one of the highest paid country singers of 2017 with an estimated net worth of $37 million. This country queen grosses a comfortable mid-six figures per city across 63 dates, and her income from her Dollywood theme park and co-owned production company, Sandollar Productions, also contribute a hefty sum.

The “Country Girl (Shake It For Me)” singer is probably one of the most popular singers and biggest touring acts in the genre. In addition to his touring money, he has sold over 7 million albums and 27 million singles worldwide, and rakes in a pretty penny from his show Buck Commander, on the Outdoor Channel. The reality show is named after the company he co-owns with Duck Dynasty’s Willie Robertson. Bryan also takes endorsements from huge companies like Cabela’s and Miller Lite.

No Shoes Nation leader Kenny Chesney has been around for a long time and he’s showing no signs of slowing down! He continues to sell out stadium concerts and his 2016 album, Cosmic Hallelujah, debuted at the top of the country charts. The “Don’t Happen Twice” singer has produced more than 40 top 10 singles on the U.S. Billboard Hot Country Songs chart, 29 of which reached the No. 1 spot. Similar to many other artists on this list, Chesney accepts endorsement deals from Corona, Apple and Blue Chair Bay rum. He still collects most of his cash from his tours with his 2007 Flip-Flop Summer Tour being the highest-grossing country road trip of the year.

Garth Brooks easily lands in the number one spot on this list with a nearly $20 million lead on any other high paid artist in the country music industry. Deemed the King of Country in his comeback tour, Brooks began making his way back to the spotlight in 2014 after coming out of a short premature retirement and proved to us all that he’s still got it! His comeback tour continues on and the secret to his earnings is that he sometimes plays multiple arena shows in a single day! Now that’s impressive! 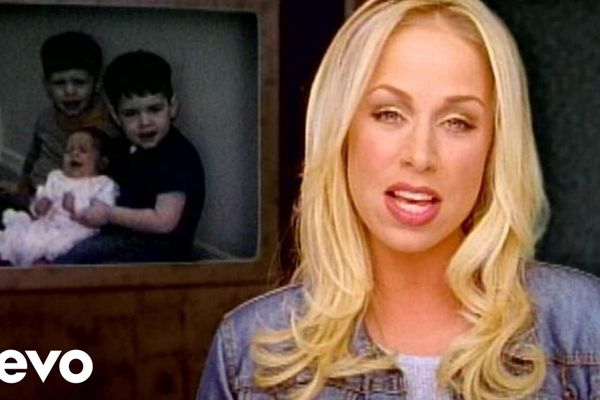 10 Popular Country Stars Who Were One Hit Wonders