5 Days Of Our Lives Spoilers For The Week (February 8)

Love is in the air in Salem with Valentine’s Day just around the corner, along with more mystery, drama, and betrayal. Learn more about Chabby, Rafe, Andre, Hope, and Steve, below in the Days of Our Lives (DOOL) spoilers for this week.

The week starts off with Steve, and Ava by his side getting shocking news about their son. Audiences will see Steve get some even better news later on in the week, when he is reunited with Kayla. While Kayla wants Steve to tell her where Ava is — she is off making plans.

4. Andre Has Plans For Hope

This week, Andre figures out how to ‘get to’ Hope. Later on in the week, he will approach Chase. By Thursday, a fire erupts in Hope’s house.

Victor’s brother Deimos traps Philip. Victor also learns this week, that his son has betrayed him.

Theo tells Ciara he likes her as more than just a friend. Teresa gets a romantic surprise from Brady. Lani and Flynn get their flirt on. Julie and Doug share a Valentine’s Day filled with romance and fun. Then on a special Valentine’s Day episode on Friday, Nicole, Theresa, Abigail, Ciara, Ava and Rafe drift into lala land, having dream-like fantasies regarding their current romance predicaments. Set in various movie genres as a backdrop, DOOL fans will enjoy this minor break from storyline drama, and enjoy a sneak peek into the hopes each of these characters have when it comes to their love lives.

Abigail questions Chad’s motives around eloping and Claire rejects Belle when she reaches out to her. John makes a decision to plot against the agency that turned him into an assassin. Eduardo tries to connect with Gabi and Rafe while the three are having dinner and Shawn comments on Belle’s spending. 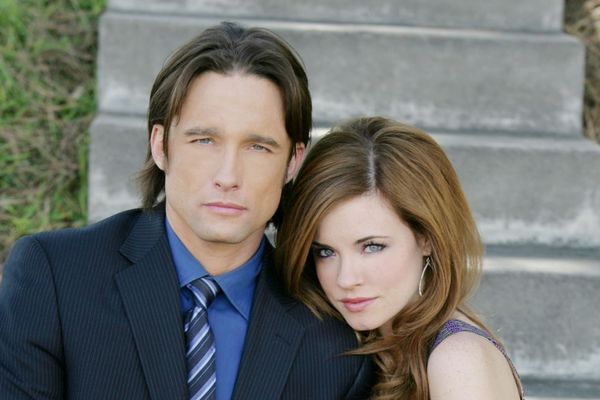