5 Days Of Our Lives Spoilers For The Week (July 24)

Sneaky plans, shocking truth reveals, and two Salem dads learn what their sons are really up to. Lots of surprises are on the horizon this week on Days of Our Lives (DOOL)! Learn more about what will be going on in the next five days of this favorite soap in the DOOL spoilers for the week of July 24th.

Bonnie and Hattie are up to no good and are scheming up a plot this week. Their main goal is to seek revenge on some of those who went against them. Anjelica will be in the mix and has thoughts that each of them can get what they want out of this plan. She’ll be busy managing this all.

While Brady won’t be scheming per se, he is a man on a mission. His hope this week is that Jennifer can sway Eric back into her world and stay less focused on Nicole. Brady doesn’t like this re-connection between Eric and Nicole and wants to stop it. Good girl Jenn won’t be so inclined to do so, once approached by Brady.

Gabi demands the truth from Chad this week. Her female Spidey-senses are going off when it comes to Abigail, but she can’t pinpoint what is wrong. Chad will come clean and let Gabi know what is going on, and the two will have a confrontation. Speaking of confrontation, Gabi will also find out about Dario’s arrest and she won’t like the fact that he could end up in prison like their dad, Eduardo.

2. Tension Between Abby and Dario

Speaking of, Abigail will finally confront Dario. Things will get more than tense between these two and, because of Kate, Abby now knows that the deportation threat was all a lie and that a marriage wasn’t needed. Dario will explain that he simply wanted Abigail and him to have a real chance together, but he will eventually turn on her. When things get heated, Abby will end up sacrificing her life for Chad.

Steve will finally start to see the light regarding Tripp and his revenge against Kayla. Unfortunately, Tripp is going to feel backlash for this scheme, from good old dad. Another Salem dad gets clued in as well this week. Abe will be quite upset when he learns about Theo’s new role at DiMera Enterprises, and he’ll scold him for taking on this job. Abe doesn’t want Theo wrapped up in DiMera drama, but it may be too late. 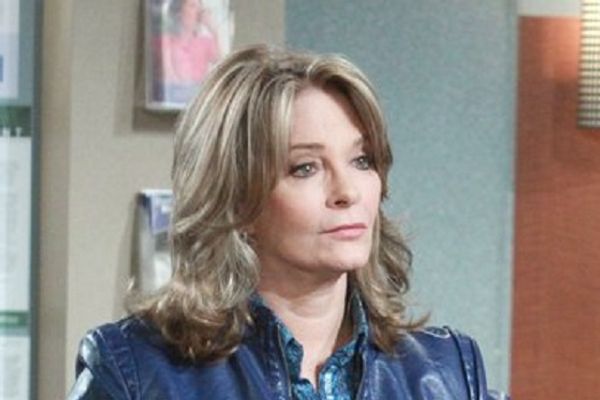 Days Of Our Lives: Marlena Evans’ 8 Most Ridiculous Storylines