5 Days of Our Lives Spoilers For The Week (October 16)

While one legendary character returns to Salem, another one says goodbye. Things are exploding on Days of Our Lives (DOOL) this week, with must-see episodes that will have fans reeling. Learn more about Sami’s return, as well as Nicole’s goodbye, and more in the DOOL spoilers for the week of October 16.

Sami Brady is finally back! However, in true Sami form, she has returned to stir things up. While step-dad and step-brother John and Paul should be happy to see her, they will be shocked when she rips into them for disturbing Will’s grave behind her back. Even more shocked is Abigail, who catches a returning Sami kissing Chad. DOOL fans should gear up for some heart-warming Sami reunions with Marlena, Eric, and Lucas. Although fans will also see a clash between Sami and Lucas as they discuss the possibility that their son may be alive.

As Sami vows to get to the bottom of whether or not Will is alive, the idea that her son may not be dead continues to cause issues for Sonny and Paul. Their relationship will start to deteriorate as the two begin to go in other directions. The end of these two may mark the reunion of WilSon or perhaps another Will/Sonny/Paul love triangle.

3. Victor and Adrienne Walk Down The Aisle?

Everyone gets more than suspicious when Victor announces he is marrying Adrienne (Bonnie). Justin confronts Adrienne on this and even tells Kayla and Steve. Both are shocked, but Steve believes something is up. He visits Hattie in prison to see if he can find anything out. Bonnie and Victor do walk down that aisle this week, but will they say their ‘I dos’? Only time will tell.

While we say welcome back to Sami, DOOL fans will also have to say goodbye to another. Devastated by Nicole’s betrayal, Brady gives her an ultimatum — dump Eric and leave Salem or she’ll be charged with Deimos’ murder. Nicole begs him to reconsider, but Brady does not waver. He wants to be free to take care of Holly, so Nicole ends things with Eric and bids adieu to Salem. Make sure you have a box of tissues on hand for these episodes!

Things start to get tense between Hope and Rafe this week as he lets it be known that he has grievances against her as the new commissioner. Theo gets a tad jealous when he finds out Tripp and Claire might be together more often now that they work on the same team, and Kayla tries to work on her relationship with Tripp. 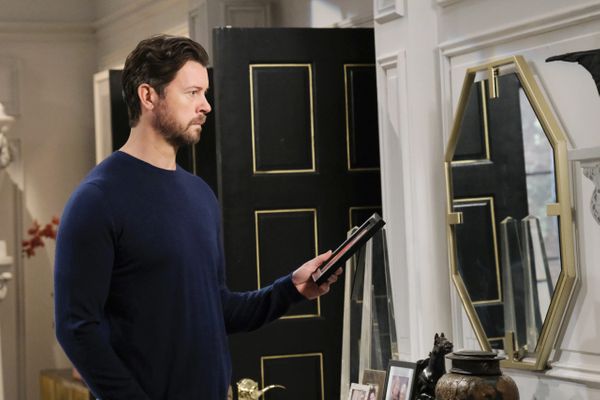