5 Days Of Our Lives Spoilers For The Week (October 31)

Happy Halloween Days of Our Lives (DOOL) fans! This week promises to have a little bit of spookiness, mixed in with some scary moments, and of course a lot drama. If anyone out there has been intrigued with Chloe’s baby daddy issues, they will want to tune in this week as the story takes an odd turn. The Orpheus storyline continues and may come to a close, but DOOL fans get to see some pretty familiar faces from the past. Check out these spook-tacular stories, and many more in the DOOL spoilers for the week of October 31st.

The ‘who is Chloe’s baby daddy’ storyline heats up this week. Philip lets Nicole know that Chloe’s paternity test had not been tampered with after all. Nicole is shocked when she learns this, and perhaps feels a little guilty for telling Deimos that he is the father and getting him all excited. Deimos is not entirely convinced and wants more proof before he gives up hope. Spoilers indicate Deimos finds Nancy, Chloe’s mom. While Nancy isn’t really in the loop about all this, Deimos is hoping he get some clues off of her as to what is really going on.

She’ll find herself in sticky situation this week, but thankfully dear old mom and dad will come to the rescue. Guillermo will offer Theresa some updates of when he’s expected to land in town. It seems he is the reason Theresa has six felonies on her record. When it becomes clear that he’s rolling into Salem, Theresa will begin to fret about the entire situation.

Thankfully, Shane also rolls into town and Theresa’s mom Kim is not too far behind. This is the week many long-time fans of Shane and Kimberly have been waiting for. They both return because it turns out that ISA agent Shane has been trying to locate this shady Guillermo guy for 10 years now. He’s involved with a drug cartel, and both Kim and Shane feel she should take lil’ Tate and Brady and go on the run, but Teresa has different plans.

It seems that there will be a tremendous amount of backlash on Hope this week for shooting Stefano. She will come clean about his murder and then be arrested. Hope will then have to face the wrath of Chad and she will also have to face Ciara, who wants to understand her mom’s recent behavior, as well as how her mom killed Stefano and the events that unfolded leading up to his shooting.

This week will wrap up the Orpheus’ return to Salem storyline. Andre will help lead Steve and John to the convict and our two handsome heroes will save Kayla and Marlena. Speaking of John, his son Paul will have to deal with something urgent this week. Sonny of course will try and help him. Then when that issue is dealt with, Paul and Derrick will try and convince Sonny to have some fun with them … but Sonny feels like the odd man out. 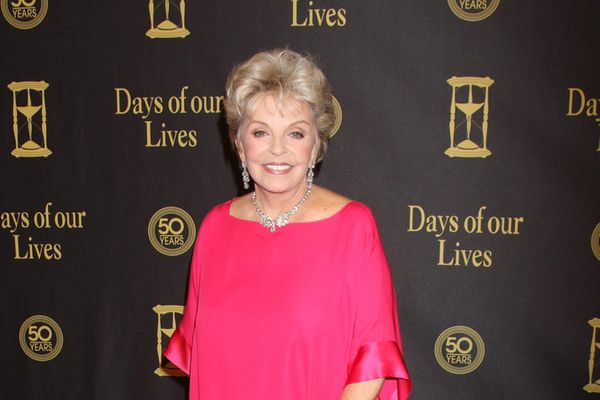