‘Tis the week before Christmas on General Hospital (GH)! While most people are busy buying gifts, baking, and decorating for the big day that is around the corner, the residents of Port Charles are diving deep into the drama this week. Learn more about Sonny, Jason, Drew, Maxie, Nelle, Michael and more in the GH spoilers for the week of December 18.

5. Searching For The Traitor

Sonny and Jason come together to talk about who the traitor could be. Jason thinks that Drew is still the best way at figuring this all out. Drew and Jason to come together this week for the same goal. Seems as if Jason might bring him up to speed on what he found out from Andre.

There seems to be plenty of baby momma drama going around in Port Charles this holiday season. First off, Maxie has some concerns about the problems that could arise when it comes to having another child. Mom Felicia will try to ease her fears, but when has she been able to calm Maxie down in the past?

Speaking of hormonal pregnant women, Michael’s concern about his unborn child increase this week. He fears that he won’t get to know his own kid and truly worries that Nelle could keep the baby from him. It seems like he might be bowing down to some of her demands after all.

As Kevin and Laura gear up for their wedding, it seems like there might be some setbacks. A huge storm is brewing that could put the ceremony at risk. The minister also faces a personal emergency. Does this mean they won’t get hitched this week? Nope! They push through all the roadblocks anyways and moved forward with saying, ‘I do.’

Molly will be so infuriated with her mother this week that she will blast her on something she’s done. Could it be Alexis’ longing for Julian that sets Molly off or perhaps her mom’s inability to truly commit to Dr. Bensch (because of her feelings for Julian)? You’ll have to tune in to find out! In other spoilers’ news, Franco will be caught off guard this week when he sees a strange note. He’ll have a heated discussion with gal pal Elizabeth, and afterward, will think about what this mysterious message is all about. 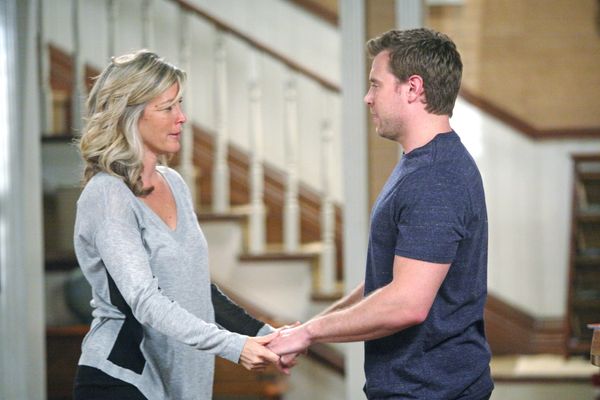