There are some huge surprises in store this week for fans of General Hospital (GH)! Sam and Sonny have a heated confrontation that ends in disaster; Scout may have looming medical issues; Dr. O continues to scheme; and Maxie is finally back! Learn about these storylines and more in the GH spoilers below for the week of July 24th.

5. Sam Has A Breakdown

Sam’s mental health has been teetering as of late and hits rock bottom this week. When Sonny entangles Jason into a plan that risks his safety, Sam will lose it. GH spoilers are promising a confrontation of epic proportions between Sam and Sonny. Sam will not only shout out threats to the mob boss, but it seems a gun will get involved and go off. It also seems that things won’t end up good, and Sonny may land in the hospital or worse.

As if the Sonny/Sam blowout won’t be enough for the Morgans, Scout may have some medical issues as well. Griffin grows concerned when he notices Scout has some notable symptoms. Jason will grow worried as well – and he’ll have a lot on his plate this week to worry about between mother and daughter. Jason demands to know where Spencer is and Valentin claims to know nothing.

Dr. Obrecht will continue to plot this week. She’ll keep looking into Hayden’s past and find all the information she needs to ruin her. Seems like Finn and Hayden’s future is sinking and fast, and the information that Dr. O finds, as well as her scheme, will crush them both.

For all those Maxie and ‘Naxie’ fans out there, after a long wait, Kirsten Storms and her lovable character will make their big return to GH this week! It seems that Nathan will finally reunite with his blushing bride and he will be glad to see her. The only issue is that he has not kept Maxie abreast regarding the ‘Ask Man Lander’ scheme he has going on with Amy. GH spoilers are hinting that Maxie will eventually find out and this issue could cause some major problems between the super couple.

Oscar will work hard to win over Josslyn’s mom Carly this week. He knows she’s not too impressed by him, and he will do whatever it takes to show Momma Bear that he is loyal and kind, and that he cares for her daughter. Julian will not have a good week, and GH spoilers hint it might end with some devastating news for Jerome near week-end. 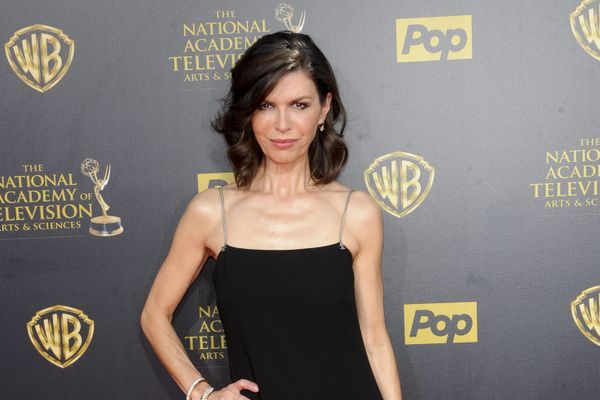