The success of MTV’s popular reality television series, 16 & Pregnant, has carried over into the spin off show, Teen Mom. Both shows were a huge hit and garnered a lot of attention from fans, but it’s also been a breeding ground for a lot of controversy. The show itself has been a hot topic because people believe it glamorizes teen pregnancy rather than discouraging the problem. Lately, the shows biggest battles stem from the stars themselves. The shows success has turned regular people into reality stars with fame and fortune and as a result their every move is scrutinized by the public, some more than others. Unfortunately for some of these moms, the cameras don’t lie! Here are the 5 most hated Teen Mom’s ever, whether it be because of something they said, something they did, or both!

Kailyn Lowry didn’t start out as a disliked cast member of Teen Mom, but as we’ve continued to watch her throughout each season it’s become evident she’s extremely stubborn and sometimes even selfish. She’s had a rough life with her mom abandoning her and growing up with an absent father, not to mention the whole teen pregnancy and conflicting relationship with Joe. All of these experiences have made Kailyn a harsh person. We caught a glimpse of her inability to compromise in a relationship when her and Javi had numerous arguments about Kailyn’s obsessive need for privacy on her phone. She was unable to comfort her husband or meet his emotional needs in any way. We’ve seen this behavior with Joe on a couple different occasions as well, especially when he began dating Vee. Now that she’s filed for divorce from Javi, it’s been reported that she cheated on him while he was overseas. More recently, Kailyn was featured in the media because of her plastic surgery. She got butt implants and had a tummy tuck, which has garnered a lot of negative attention. Kailyn’s overall bad attitude has turned many fans against her these past few years.

Amber has been disliked by many fans since the beginning. We’ve seen her volatile anger on multiple occasions and her inability to have a calm conversation with Gary is unbearable to watch. Over the years her story has become quite repetitive and she doesn’t seem to be making much progress. In the beginning, Amber and Gary were in an extremely abusive relationship, mostly verbal, but also physical. The arguments would happen in front of their daughter Leah which didn’t go over well with fans. Amber ended up serving a prison sentence for punching Gary, and it was probably for the best because she also had a severe drug addiction to prescription pills. On top of all this, Amber has had a string of relationships with questionable men. Currently, Amber is engaged to Matt, who has sparked some controversy on his own because he is 43-years-old while she’s only 24, and he is rumored to have 7 children. While it seems things are going much better for the Teen Mom star, fans would like to see Amber get her priorities straight. She needs to get a job and focus on rebuilding a relationship with her daughter instead of her relationship with a much older man.

Mackenzie Douthit is a lesser known star of the series, she was featured on Teen Mom 3. During her time on 16 & Pregnant she was extremely loved by fans. She was the definition of a Southern belle. She was a cheerleader who married her high school sweetheart. However, in the world of fame, nothing lasts long. Her fans began to turn on her recently when she admitted to getting plastic surgery and a misunderstanding surfaced when a fan created a crowdfunding site to fund her breast implants. Afterwards, Mackenzie was adamant that it was simply a miscommunication. She also said her decision to have surgery was because her chest had gotten extremely flat from breastfeeding her two kids and she wants to have a “mom figure.” She’s been a focus in the media because of marital problems between her and her husband, Josh, and supposedly being recruited by Vivid Entertainment to make an adult film (this is the same company that approached Jenelle Evans for a deal).

Jenelle Evans has been embroiled in one controversy after the next since she began filming for the MTV reality series, Teen Mom. She’s had multiple run-ins with the law, getting arrested on more than one occasion and continuously dodging jail time, but has served time on probation. Unable to pull her life together after having her first son Jace, fans all watched her sign over custody of her son to her mother Barbara. This might be Jenelle’s biggest downfall because she has never been able to regain trust from her fans or custody of her son. On top of all this, Jenelle is an extremely aggressive person. She is constantly arguing with her mother (in front of Jace) and the men in her life. She’s had a string of unhealthy relationships, from Kieffer to Nathan, and many in between — all of which have ended badly. A couple seasons ago we saw Jenelle check herself into rehab for a serious substance abuse problem with marijuana and she’s also had dealings with a much more serious habit of heroin. We must admit, we’ve seen some growth in Jenelle over the past couple seasons as she hit rock bottom and pulled herself up. But for the fans who’ve been watching her long enough, it’s simply a matter of time before she gets embroiled in her next controversy. She’s currently pregnant with her third child, a daughter.

Farrah Abraham is undoubtedly the most hated Teen Mom ever. She is disliked by people who don’t even watch the Teen Mom series because of her behavior in the media, most notably for her involvement in the porn industry. Fans got really heated recently when Farrah admitted that when her 3-year-old daughter, Sophia fell asleep, she waxed her eyebrows! She’s also been involved in multiple social media controversies and arguments with other celebrities, fans and her Teen Mom co-stars. She’s often filmed giving producers a bad attitude and talking rudely to her mother and father. Farrah comes across as unable to have a conversation without becoming increasingly defensive and aggressive — so fans have a hard time feeling sympathy for her. She’s also had multiple plastic surgeries that have been highly publicized. She was caught on camera pushing producer Larry Musnik and continuously berates them. At one point she called them “minions” and she makes the crew bring a porta potty in case they need to use the washroom while filming at her house! Her overall appearance and lifestyle have drastically changed she first began filming for the show. 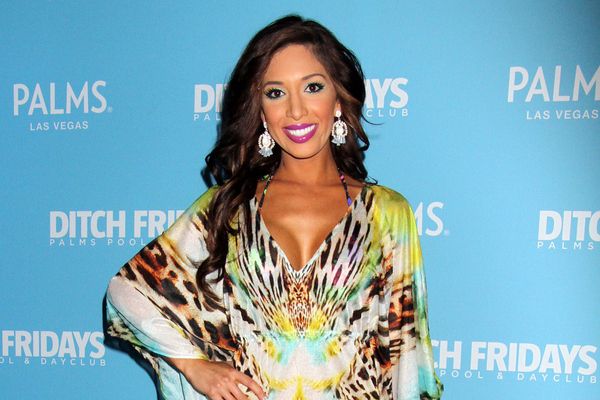