With endless entries into the reality TV genre, networks have tried seemingly every angle to bring fans what they want. Two of the most successful undoubtedly have been dating reality series like The Bachelor and The Bachelorette and making strangers live together like Big Brother, Real World and Survivor. The E! network is now taking those two things and throwing in minor celebrities to bring you Famously Single. The eight stars will live together while also spilling their stories to Dr. Darcy Sterling to try to figure out why they can’t seem to find lasting-love. Before diving into the series, check out 5 things to know about Famously Single!

Although they may not be the biggest celebrities themselves, a lot of the cast have dated some major celebrities in their unlucky quests for love that will be analyzed on the show. Model Jessica White has been linked to Taylor Kitsch, Sean Penn and Nick Cannon. Brandi Glanville is well known as the ex-wife of Eddie Cibrian, while she has also hooked up with Gerard Butler. Aubrey O’Day has been linked to Evan Ross and Donnie Klang, and Willis McGahee was dating Real Housewives of Atlanta star Kandi Burruss. Calum Best famously dated Lindsay Lohan back in 2007.

It goes without saying that Famously Single will be packed with drama and while we are certain this means flirting and hook-ups between the cast, it also means personalities clashing. Brandi Glanville is already known as a polarizing and controversial reality star so it isn’t surprising that a lot of the drama centers on her. Spoilers indicate the major clashes are between Brandi and Aubrey O’Day, and Brandi and Somaya.

2. Nothing is Off Limits

To amp up interest in the show, E! has been doing segments and interviews with the cast, and if these little snippets are any indication, the show will not hold anything back when it comes to relationships, dating and sex. The cast has opened up on everything from their biggest turn-ons and turn-offs to their personal feelings on one night stands and “sexting.” Of course it was Brandi who stated, “[I] definitely send sexy pics from neck down to the boys I like. I don’t post nudes on social media as of yet. When I work out, and I’m proud of my body after two kids, I will post bathing suit or lingerie shots, but everything is covered.” Good to know she’s not into nudes on social media…yet.

Perhaps the biggest story to come out of the show so far is that, although it is called Famously Single, it did not take long for cast members Pauly D and Aubrey O’Day to find true love. While swept up in the moment of the show, a lot of reality stars think they have found love with a co-star, but it seems like the real deal for Pauly D and Aubrey. After filming wrapped, the two confirmed they were dating, and despite a brief split recently, the two are back on and very much in love. 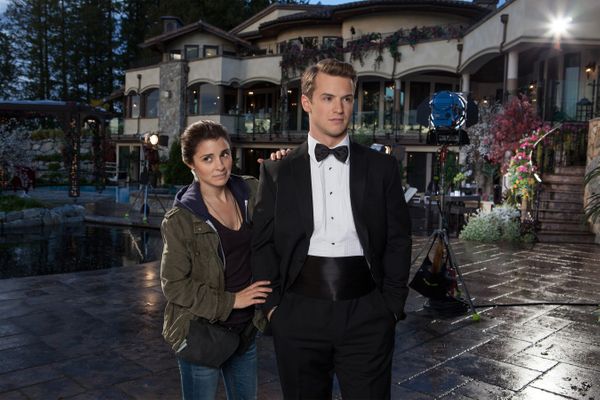 9 Things You Didn’t Know About ‘UnREAL’