Over the last 15 years that Survivor has been on television, there have been some really bad players. Not just bad, but terrible. These contestants made some flat-out stupid moves that cost them any chance of winning and are probably still haunting them today. Talk about a big ‘whoopsies’ on their part. Here are the top worst players that have ever been on Survivor.

On the second season, Survivor vixen Jerri Manthey ratted out Army Captain Kel Gleason for supposedly eating some clandestine beef jerky he had smuggled onto the show in his kit bag. Although Jerri was the only one who saw the alleged beef jerky, it aroused enough suspicion in the rest of the tribe to unanimously vote Kel out at the next tribal council. To this day, Kel denies that he had any beef jerky, so we will never really know the truth, but if Kel did sneak the verboten meat snack onto the island, then that was a pretty stupid move.

Poor Francesca Hogi. The attorney from Washington, D.C. holds the dubious title of being the only person to have played Survivor twice—and been voted out first both times. And both times, the main person behind her eviction was Philip Sheppard, of all people. That’s right: “former federal agent” Phillip Sheppard of the pink underwear fame. Perhaps Francesca would’ve been a good player, but we’ll never know because she dared to speak out against Phillip’s annoying ways, and even though she tried to make good with him when they were put on the same tribe again for Survivor: Caramoan, Phillip wasn’t so ready to forgive. Poor, poor Francesca.

This guy should get a little bit of a break, considering he was on the first Survivor ever, when everyone was still figuring things out and an “alliance” was a concept that had just been invented by Richard Hatch, but this dentist with a nipple ring really wasn’t thinking game at all when he started voting people off alphabetically. Although he was trying not to tick anyone off, all he succeeded in doing was tick everyone off and get himself booted off the island. And, no, his alphabetical voting strategy has never been used again.

Erik actually made it pretty far in the game, but not because he had any particular skill or chutzpah. Rather, this floater was positioned to float right into the final four, until the ever resourceful Cirie Fields came up with a plan to try to convince him to give up his immunity idol in exchange for Cirie and Natalie Bolton to agree to take him to the final three. The painfully naïve ice-cream scooper fell for it—and was promptly sent home by a unanimous vote, paving the way for an all-female final four (which had been the plan all along). Note to future Survivors: never give up your immunity idol. It’s a sure fire way to find yourself on the boat going home—and to find your name on lists of “worst Survivor players” for evermore.

NaOnka isn’t on this list for any particular move she made, although tripping a fellow contestant with an artificial limb, stealing as much food as you can from the rest of your tribe and quitting the show when you have an immunity idol are all pretty pathetic moves. But this 27-year-old physical education teacher had the crappiest attitude of any person to have ever played the game—not only was she mean and high on herself, but she didn’t even seem to be trying, hence her eventual (long overdue) decision to quit the game. At the reunion show, when host Jeff Probst announced he was about to reveal the Sprint Player of the Season (voted on by fans), he prefaced it by saying that NaOnka wasn’t even in the running. Ouch! 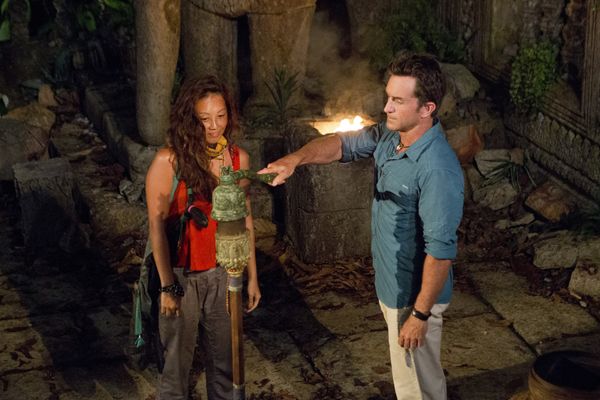