The land of Genoa City is ruled by many things, including corporate cosmetic battles, police action and adventure, health emergencies, plus beautiful family ties and friendships. In between all this, Young and the Restless (Y&R) fans are treated to romance, affairs, and watching their favorite soap stars fall in love. Couples unite and break up, almost on a weekly basis, which makes it a huge accomplishment when some relationships are able to keep it together despite the many obstacles. Below are some Y&R couples that we never thought would make it, but are still together.

First, Lola came between these two… then, Ashland Locke’s ex-wife, Tara. For a while there, it seemed like Kyle and Summer might never get their ‘happily ever after’. Thankfully, after Phyllis busted Sally and Tara for conspiring to send Summer to Italy, Kyle was able to jet over to Europe (with his son, Harrison) and reunite with the love of his life. Y&R fans never got to see the couple get married in Milan (thanks to annoying contract problems) but at least they beat the odds, which were considerable! 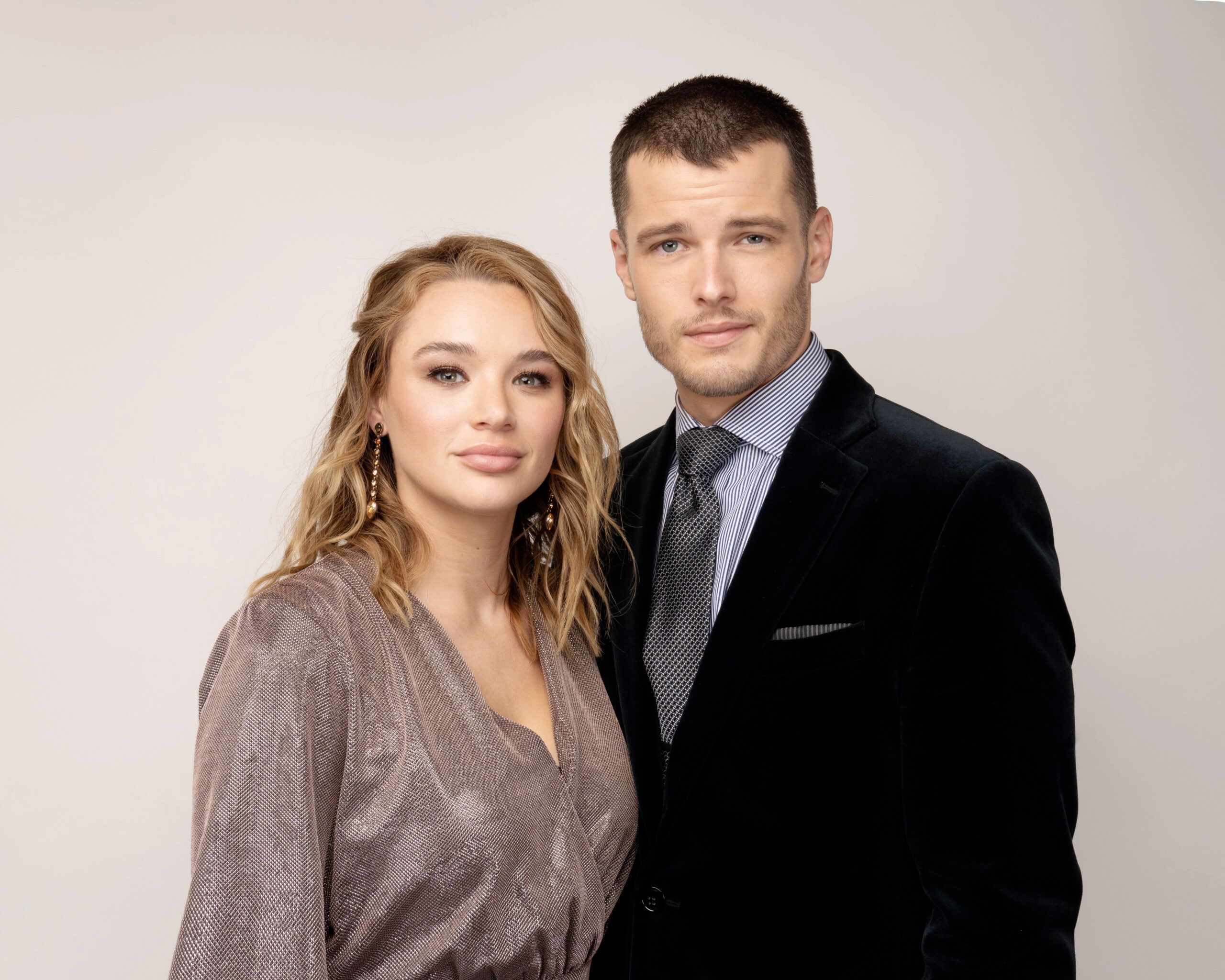 Neil and Dru Winters had a tremendous love affair that spanned many years. Much like any couple, they dealt with trials and tribulations, including career clashes and secrets. While they were separated for a bit when Dru (with Lily in tow) returned to Genoa City in 2002, she and Neil picked up where they left off. That is, until Dru’s untimely demise in 2007. It would’ve been amazing to see this super couple reunited at some point; however, sadly, with actor Kristoff St. John’s passing in early 2019, the Dru and Neil love story will simply remain a beautiful memory in the hearts of many Y&R viewers. 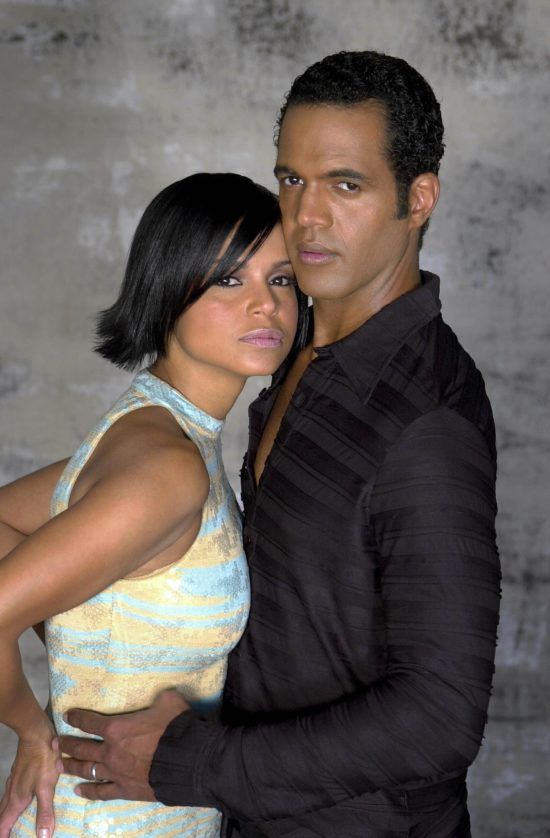 Murphy and Katherine made such an odd couple when the two came together in 2009, as they truly came from different worlds; however, the twosome worked, and worked very well. In fact, while Murphy had a much simpler life before he met Kay, he fit into Genoa City’s “high-society” circle with ease. Unfortunately, their love story ended onscreen when actress Jeanne Cooper (Katherine) passed away in 2013, but it continues to be an example of how opposites can attract (and do very well) in the land of daytime drama. 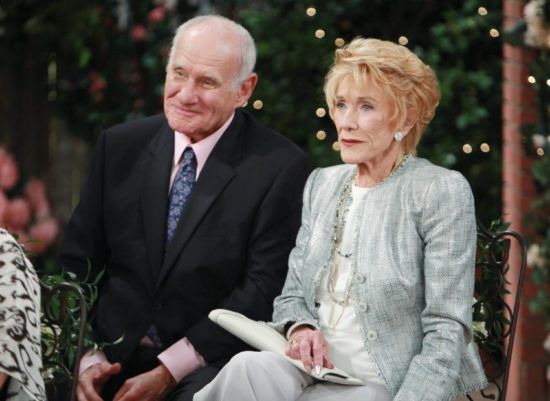 It felt like an entire lifetime before Mariah and Tessa finally came together. They became friends, and it didn’t take long for Mariah to realize she had feelings for her brother’s girlfriend. After plenty of teases around a relationship, including some kissing here and there, it took months (literally) before Tessa and Mariah came together, and it took even longer for them to make steps towards living together. Finally, they’re preparing to get married!

Both Danny Romalotti and Heather Stevens dated quite a few people over the years while living in Genoa City, and the two didn’t seem like a couple that would “last the ages,” but they certainly seemed to have proved everyone wrong. While most of their romance has taken place offscreen, as they left town in 2013 with Daniel’s daughter Lucy in tow, they have been living their “happily ever after” in Georgia since Y&R viewers were last updated on their status. 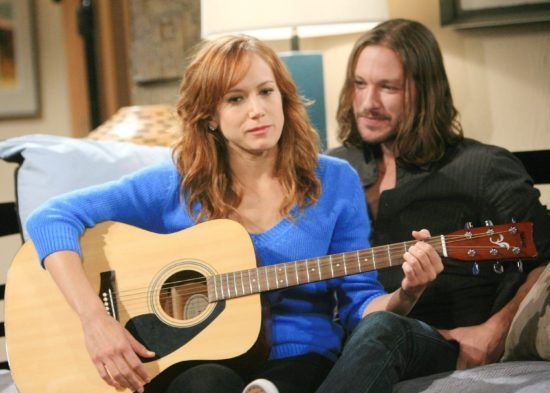 “Shey” make quite the cute couple, and it is very surprising that they have been able to hurdle over all that has gotten in their way. Not only did Nick disapprove at first, but the two also had to battle Adam and his lingering feelings for Sharon. (Or, was that the other way around?!) While she occasionally gets flirty with one of her exes, it’s clear that she realizes how wonderful Rey is, and how they both fit perfectly in each other’s lives. 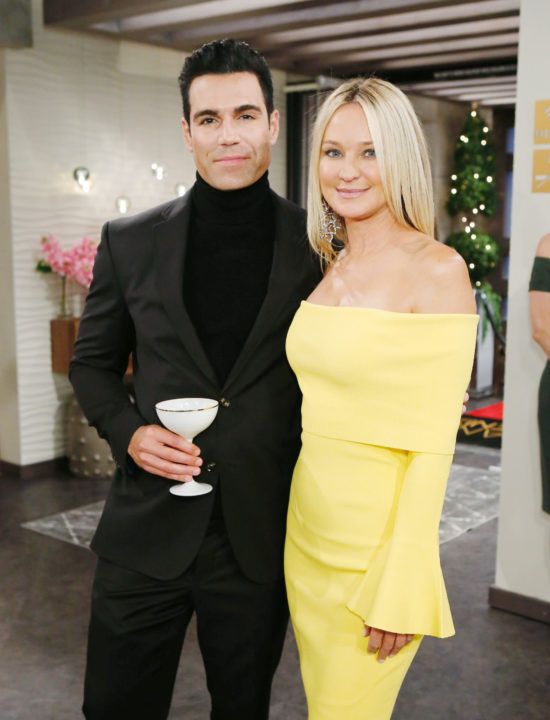 Devon is so smitten with Amanda, and why wouldn’t he be? She’s intelligent, caring and making sure that he gets all the time he needs with baby Dominic. Although they’ve had their setbacks, these two were clearly meant to be together. Now that they’re living together, will Devon get serious and pop the question? Given Amanda’s personality, she might pop the question herself! 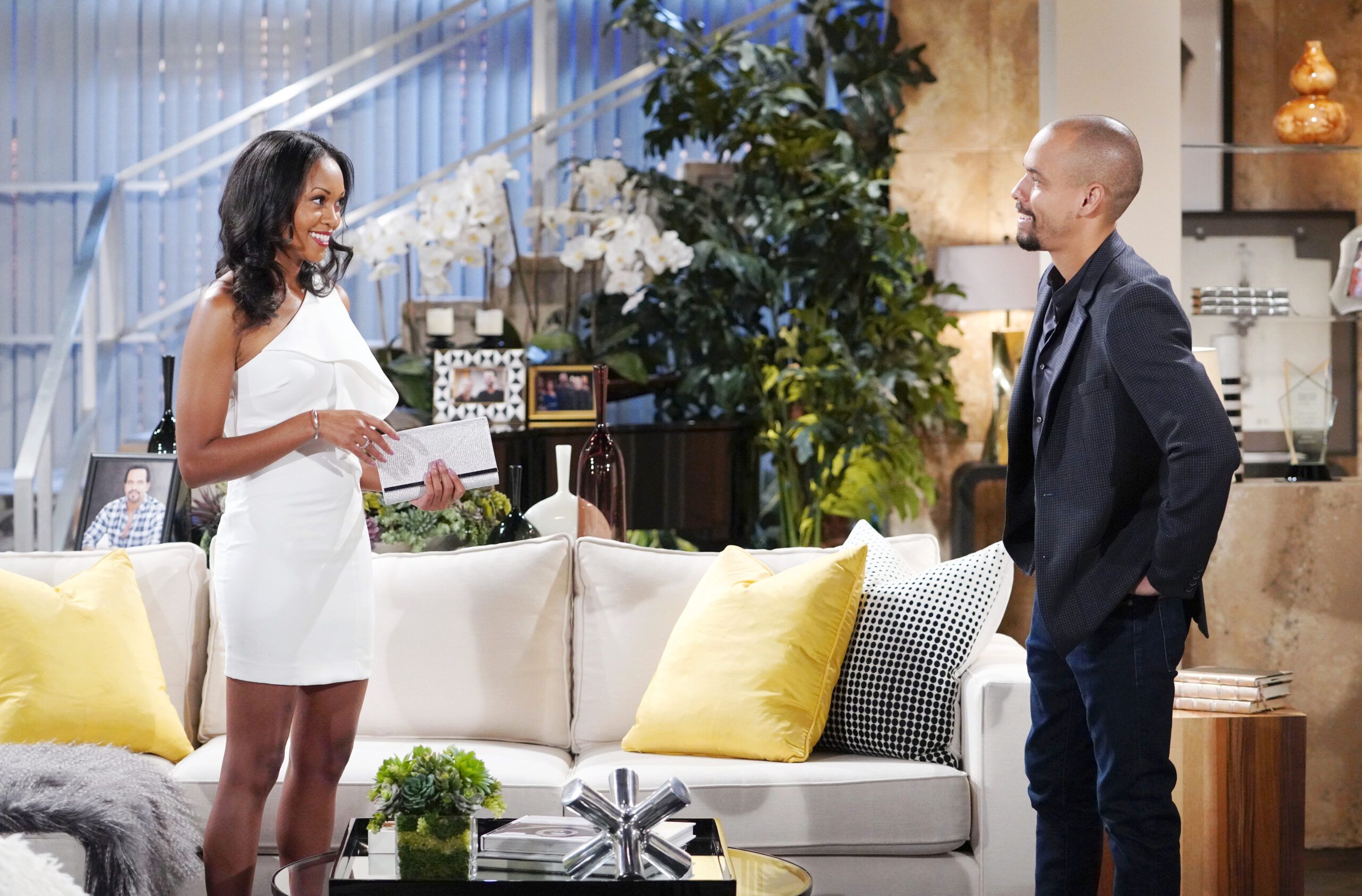 They started out as friends. Then they went to BFF status, decided to go the romantic route, and now they are so much more! While there was a point in time where Chloe was mentally unstable and out of the picture, it only took mere weeks after her return to Genoa City for this couple to reunite. Now, with their chaotic pasts behind them, they are just a married couple raising their kids together and taking on new family adventures. 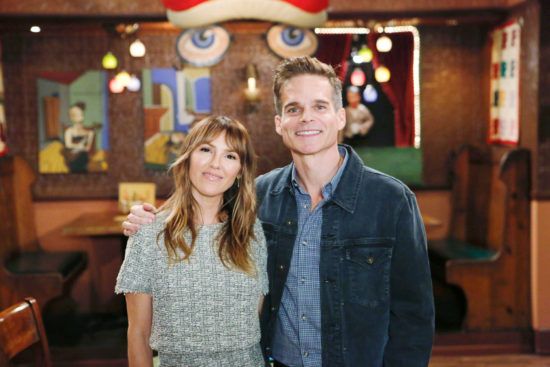 These two have always had a tremendous amount of chemistry and perhaps the only true thing that kept them apart from 2000 to 2012 was the fact that Christine was only making sporadic appearances in Genoa City and was far too occupied with her career in Washington. Alas, once she decided to settle back home, it didn’t take her (or Paul) that long to realize where each of their hearts belonged. Still, it’s hard to believe that a love affair that was so strong in the mid-90s to early 2000s could be rekindled so easily over a decade later. Now, viewers only have to wait for Y&R writers to wise up and bring Paul Williams back to the show! 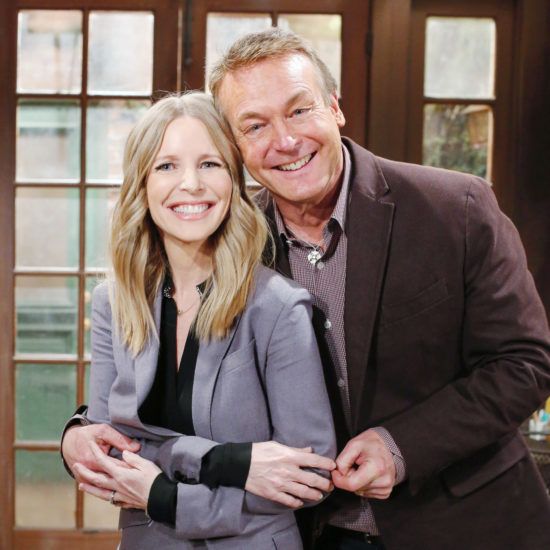 It’s hard to con a con artist, which makes this Y&R romance so unique. Chelsea has had her fair share of struggles with Adam, and yet for one reason or another, he’s gotten more than his fair share of second chances. He lied and faked his own identity to get closer to her and Connor while fathering Sage’s baby (and lying about it to Nick). His character has also been recast, which can sometimes hurt a couple when there’s no chemistry. Sadly, Adam and Chelsea might be finished for good this time, since Sally Spectra is all Newman can think about. Still, they had a great run and will likely revisit their romance in the future! Lauren and Michael are one of the strongest couples on daytime drama, and they’ve had their fair share of ups and downs. Whether they have to deal with unstable people like Sheila or Daisy, Michael’s crazy work schedule, his family’s shenanigans, illnesses, or affairs, they have worked hard to overcome any obstacle that has come in their way together.

There are three constants in the relationship between Victor and Nikki Newman: they are together, only to break up, and then reunite again. It’s this revolving cycle that keeps Y&R fans on their toes, wondering if this super couple will endure whatever they are going through in that moment in time. They really have been through it all: affairs, betrayals, scandal, substance addiction issues, health emergencies, and raising a high-profile family in Genoa City in the midst of all this chaos. There have been so many times that the proverbial towel should’ve been thrown in the ring for these two, but no matter what happens, love always seems to rule this relationship. Whether it’s Nikki forgiving Victor, or Victor forgiving Nikki – their love for each other outweighs anything else that is going on. Considering all the betrayals, it’s a miracle these two continue to patch up the holes in their relationship. But, they do. 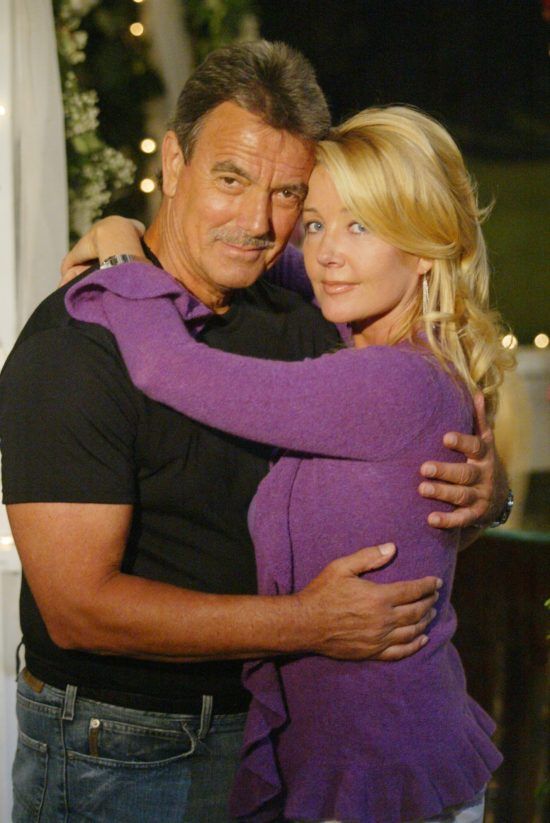 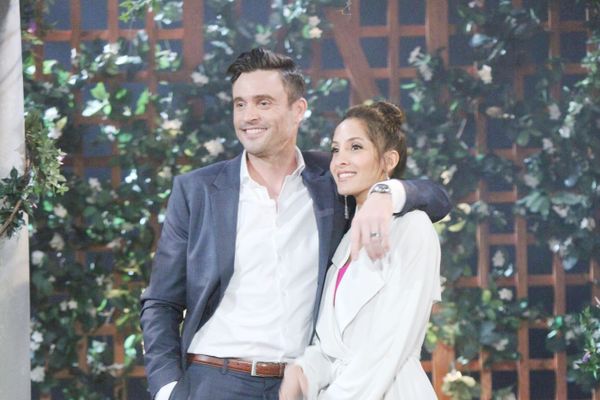