5 Young And The Restless Spoilers For The Week (July 31)

Love is in the air for some Young and the Restless (Y&R) couples this week, while disaster is striking for others. Learn more about Abby and Zack, Nikki and Jack, Cane and Lily, as well as Hilary and Jordan, in the Y&R spoilers for the week of July 31st:

5. Abby and Zack Heat Up

Things heat up as Abby and Zack share a kiss poolside. They also get to know each other better and a lot of flirting will go on between these two. Sadly, Zack has a bit a crazy past, which will cause these two some conflict in the future. Still, Abby will also be busy with Scott as the two pitch a project to The Moustache this week. Victor is embarking on a huge powerplay and the duo may help him pull it off this week.

4. Nikki and Jack Hook Up

Nikki and Jack reminisce about old times this week. Nikki relays some pain she has felt, Jack believes that they can move past that for a future. While their reunion is bringing back good memories for the two, Victor will be steaming mad. Things get worse when someone takes a picture of Nikki and Jack kissing.

Billy tells Victoria a shocker this week after gathering an update from Jesse. Billy tells Vicky that Cane had ordered the controversial footage and that he is the reason Brash and Sassy are dealing with all this turmoil. As such, Vicky and Billy come together this week to confront Cane.

Billy and Vicky head to his house and Billy lets Cane know that he screwed them over. He tells Jesse’s side of everything and Lily will be shocked. She begs her husband to deny what Billy has said, but it looks like he can’t. Lily is shocked that Cane took money out of the twins’ college fun and this may push Lily over the edge. Can Lily and Cane make it through this latest issue? Only time will tell…

Hilary has a sneaking suspicion that Jordan has feelings for Lily, and she confronts him on this. Jordan admits that he does care more about Lily than what he’s been saying. Looks like this revelation may cause some conflict for the lovebirds and the honeymoon phase may be over for these two. 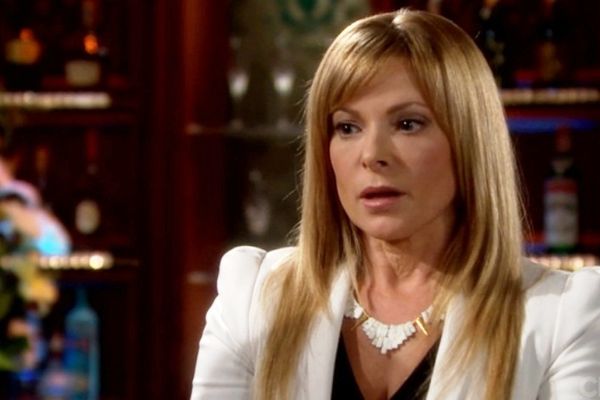