Every season Bachelor nation gathers to watch the epic finales where our beloved bachelor chooses a fiancé! Fans always have favorite contestants they are rooting for and more often than not, both finalists are great choices. But sometimes the bachelor selects the worst possible choice of partner and leaves fans writhing with fury. How could he choose her?! This list countdowns some of the runners up that should have left with that final rose!

Becca Tilley was a fan favorite on season 19 of The Bachelor, and her humble and modest demeanour would have fit perfectly with Prince Farming! Chris gave Whitney Bischoff the final rose, but the romance dwindled quickly and they called off their engagement while he was busy competing on Dancing with the Stars. Becca later appeared on Ben Higgin’s season of The Bachelor and when he sent her home, fans wondered if Soules and Tilley could rekindle their relationship. Unfortunately for all of us watching in wait, Chris plainly stated, “She’s a great girl and I hope the best for her, but for me, that chapter in my life is closed.” #tear

Ben Flajnik made jaws drop all around America when he selected Courtney Robertson over Lindzi Cox in the 16th season finale of the Bachelor. Courtney had become known as the real-life “mean girl,” calling other women “fatty” and “stripper” behind their backs. Bachelor fans were horrified during the finale, but relieved when their engagement was called off after only a few months. While there were accusations that Ben had been cheating on Courtney, Bachelor nation was certain that our beloved grape grower from California had just been played and could have lived happily ever after if he had only chosen Lindzi!

After being eliminated from Jillian Harris’ season of The Bachelorette, the world watched as pilot stud, Jake Pavelka, went on his own quest to find a fiancé on The Bachelor: On the Wings of Love. Unfortunately, fans were left aghast when he selected the most immature, catty contestant on board, Vienna Girardi. How could he possibly choose such a woman over the sweet and much loved Tenley? Tenley has gone on to be a Bachelor franchise staple, also appearing on Bachelor Pad and Bachelor in Paradise. And of course, Jake and Vienna split not long after their engagement. Vienna accused Jake of being a “fame whore”…maybe Tenley dodged a bullet!

Jason Mesnick was the beloved single dad that shocked Bachelor fans when he selected Melissa Rycroft over Molly Malaney. Molly was clearly better suited to Jason and his lifestyle. Luckily, Jason quickly realized the error of his ways and in one of the most awkward Bachelor moments ever, he broke up with Rycroft and begged Molly for another chance! All of the humiliation could have been avoided if only Jason had selected Mollie the first time round. I guess all’s well that ends well though. Jason and Molly married for fans to see on the Bachelor: Jason and Molly’s Wedding, and Rycroft has gone onto to marry and have a very lucrative television career.

Trista was our first and most beloved bachelorette, but she landed the gig only after being rejected by Alex Michel, the first ever bachelor. We can’t help but feel bad for Michel on some level. He didn’t have the luxury of watching dozens of seasons in preparation for his role, and many process kinks of the show still needed to be smoothed out. But when he chose Amanda Marsh, hearts broke for Trista! Michel and Marsh didn’t end up taking the plunge, and fans were happy to see Trista move onto find true love with Ryan Sutter. But we can’t help but wonder what would have happened if Alex Michel had followed the advice we yelled at the television screen!

Juan Pablo Galavis was the most villainous bachelor of all time, and while we wouldn’t wish him on anyone, fans were pretty shocked when he chose Nikki over Clare! Nikki was known as a bit of a mean girl and seemed to lack the maturity needed to be a step mom to Galavis’ daughter. On the After the Final Rose episode, Clare reclaimed her dignity by refusing to speak to Juan Pablo, saying that she had heard enough “bullsh*t” from him. Clare has been seeking love with the Bachelor franchise at every opportunity, and we’d just really like to see her find happiness! 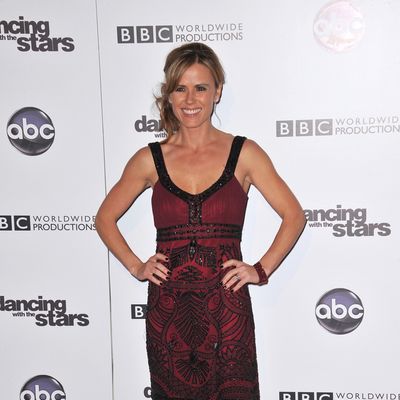