Sonja Morgan joined Bravo’s reality series The Real Housewives of New York City in season 3 and is now one of the most famed housewives from that series. She has been featured in the media a lot lately because of her financial troubles, as well as her long awaited fashion line (and toaster oven, but we won’t get started up on that). This socialite turned housewife has put a lot out there after having much of her dirty laundry aired out for the world to see, so there’s not much we don’t already know about Sonja. She’s also appeared on shows like Rachel Ray and Millionaire Matchmaker, but we’ve dug up a few more little tidbits fans of the Real Housewives might not have known about the drinking, cussing, fashionable Lady Morgan! Here’s 8 things you didn’t know about Sonja Morgan:

Many fans know that Sonja Morgan loves to drink, and she’s often caught drinking a little too much. We’ve seen numerous episodes featuring her drunken antics, most recently last season in Atlantic City! And once again in the newest season of RHONY, Ramona and Bethenny are tackling the topic of Sonja’s drinking. However, what most people might not know is that Sonja has actually been charged with a DUI. This happened after she finished filming her first season, which would have been season 3 back in 2010. Sonja was pulled over in Southhampton, New York at approximately 2:16 a.m. after she blew through a stop sign. She had been partying at a friends house for Memorial Day. When she got pulled over she failed field-sobriety tests, refused to take a Breathalyzer and was subsequently charged and booked for a DUI. Yikes!

For the past few seasons on RHONY, the storyline around Sonja has been focusing on her legal and financial troubles. Sonja was sued by a production company for $7 million after backing out of financing a film at the last minute. Apparently her production company Sonja Productions got into business with another company called Hannibal Pictures, Inc., but Sonja was doing the financial backing for the film, but backed out when she got divorced because she no longer had the financial support from him. She and her former husband took on the project while they were still married. However, the film never got made because John Travolta, who was supposed to star in it (but had never signed any contracts), backed out. Rumor was that the movie-star was making demands that Morgan could not meet. In 2010 she filed for bankruptcy, filing to be $19.8 million in debt. The other production company sued her and a jury granted them $7 million in damages. She had to file for Chapter 11 bankruptcy in order to protect her assets from being seized, but thankfully she has recently come out on the other side and has now paid off her debts, but for a while, she was paying a pretty penny for her entrepreneurial mistakes.

She attended New York’s Fashion Institute of Technology to earn a Bachelor’s Degree and worked in the fashion retail and wholesale industry. After graduation she managed a high end fashion boutique called Arlequin on the Upper West Side of Manhattan winning an award by Olgivy and Mather for Marketing Ingenuity. Her P.R. and marketing skills earned her the job of being a restaurant/hotel and fashion luxury brand consultant for top establishments across the country. She was once a promoter for The Plaza Hotel whose sole job was to bring in famous friends from her socialite circles. Later, she continued on with her fashion career by modeling in Paris and Milan. Sonja became well known for her good taste in fashion — she was featured in The New York Sunday Styles on more than one occasion and won Top 20 Best Dressed by New York Magazine in 2013. Lately, she’s making waves with classic pieces in her fashion collection which is part of her larger Sonja Morgan lifestyle brand.

3. Used to be a Waitress

Sonja Morgan wasn’t born into the high society lifestyle that she boasts so much about. She was born outside the bustling city in Albany, New York as Sonja Tremont. Before meeting John Morgan or becoming a star on the Real Housewives, Sonja was a luncheon hostess at San Pietro, an Italian restaurant in Manhattan on 54th Street between Madison and Fifth. She took on this job so that she could meet some of the high rollers in the city like Perelman, Trump, Taubman, and so on. And that she did! She got to know these high profile clients on a personal basis using her flirty and friendly personality, she even dated some of them too. Once she met John, the two dated and eventually married, and Sonja had her way into the high society life — she never looked back! Her original tagline on the Real Housewives was, “I have a taste for luxury, and luxury has a taste for me.”

Fans of The Real Housewives of New York City will know that Sonja Morgan loves to name-drop. She is also constantly referencing her ex-husband and reminiscing on the good-old-days when the two were married when she was living a more lavish lifestyle. She’s tried to maintain that lifestyle since her divorce, but it hasn’t been working out so well. So who is this famous ex-husband named John Morgan? Well, for starters he’s “old money” as they would say and is from a very well known and respectable family. He is J.P. Morgan’s great-great grandson. J.P.Morgan was a famous financier, John’s father was Henry Sturgis Morgan, an extremely wealthy and successful banker. He is 33 years older than Sonja and worth an estimated $100 million! John went into the family business, but according to Sonja, he’s stringent with his fortune (at least when it comes to supporting his ex-wife). Sonja and John share one daughter together, but the two aren’t on friendly terms.

Viewers have seen Sonja’s little minions running around in the background during scenes filmed at her house. These are Sonja’s “interns.” They work under her orders for no cost at all and are supposedly getting a college credit for their time. However, Sonja has come under fire for having these unpaid interns. Most of the time she is asking them to do things that have nothing to do with fashion or any kind of usable workplace knowledge; rather she has them fetching things for her around the house, cleaning and answering her door. There have been allegations printed in the media with former interns speaking out what it was like to work for her and the picture they paint isn’t pretty! Fox News reported the allegations of Rachel McMahon who used to work for the reality star for three years and said she was a “nightmare” to work for. She also said, “she reduced me to tears on more than one occasion, has been incredibly rude, selfish and insensitive — and I stayed quiet. She has bullied those who have been incredibly supportive to her, screaming, yelling. And she lies. She lied about me and revealed a very private element of my life on TV for no reason at all.” 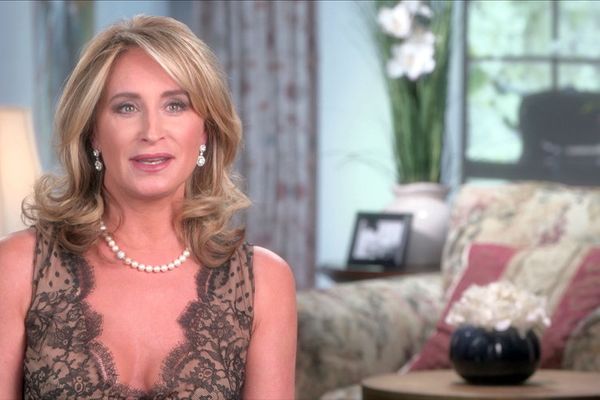