Fans of General Hospital (GH) love watching their friends in Port Charles go through their ups and downs. Unfortunately, sometimes of the characters viewers adore fall off the radar, move out of town, or even pass on. Despite passing away, this still is the land of soaps, and many characters that have met their demise do come back! Below is an overview of some GH characters we wish would come back to life.

While it has been well over a decade, long-time GH fans continue to miss Alan Quartermaine. Was it the unexpectedness around his passing? Was it the fact that he was such a beloved character in the land of Port Charles? It’s hard to say, and while it would be difficult to bring him back, many viewers continue to hope that there is a way (even if it is just as a ghost)!

Maxie hasn’t been the same since Nathan’s passing, and with actor Ryan Paevey such a fan favorite, a comeback may only be a matter of time. His passing was final, but in soap opera land, something could always be written to bring him back. Nathan returning to GH could set Port Charles on fire!

Speaking of Nathan, his dad passed away during the same time he did, just as they both learned the truth around his paternity. While Faison has never been a nice person, he certainly has been someone that GH fans love to hate, and he does bring the drama with him whenever he shows up. Most bad guys have nine lives, so it wouldn’t be overly far-fetched if he re-entered the land of the living once again!

Anna Devane wouldn’t be overly thrilled if Cesar came back to life; however, she’d be over the moon if Duke did! Lavery’s mob ties always kept this couple apart, and with him finally removing himself from the world of organized crime, they were supposed to be together, until he passed. If he can come back to life once, he can do it again, right?

Could Drew Cain be alive? The possibility is there as he passed away in a fashion where no body was found. This certainly opens up a door for a return, and who wouldn’t want to see actor Billy Miller back on daytime screens?! There still so much for this character to do and accomplish.

A hole still lays in the hearts of Sonny and Carly since they lost their son Morgan. But again, with how the car exploded that caused his demise, there’s always room to re-write him back into storylines. From Ava to CarSon, Michael, Jason, Sam, and others, Morgan’s return would be a welcomed thought, for everyone involved (including fans).

Does Port Charles need any more mobsters in town? Maybe not, but Lorenzo Alcazar did make things pretty interesting in town and knew how to stir up the drama. His passing was quite final – a gunshot to the head – so there is little chance he will make a comeback. Still, his storyline could easily be revived with ties to Sonny Corinthos, as well as a marriage to Carly. Anything is possible!

Who else misses Georgie Jones? The younger sister of Maxie met her demise in 2007 when she was strangled by the Text Message Killer. Georgie was a sweet young lady with plenty of roots in Port Charles. Her love affair with Dillon Quartermaine hit super couple status at one point, and she was a popular character that many fans wish could come back to life. Sadly, it might be hard to bring her back, but if producers can re-write Olivia Jermone into storylines than they can find a way with Georgie.

While the character had a brief stint on GH in the 1990s, she created a huge impact. She not only managed to turn Scotty Baldwin from a zero to a hero, but she also softened Lucy Coe’s heart and turned her away from her manipulative ways … somewhat. Sadly, Dominique passed away in 1993 from a brain tumor. She left her fortune to Scotty, but her greatest legacy was their daughter Serena Baldwin.

He’s certainly no stranger to passing away and coming back to life. Back in 2005, GH fans were taken aback when A.J. was suffocated by Asher Thomas, and equally stunned in 2012 when a storyline brought him back to Port Charles where it was revealed that he had been alive all these years. Sadly, A.J. met his demise once more in 2014 when Sonny shot him. A.J. has tremendous roots in the little town and one more revival just might be in store for this incredible character.

Speaking of the Quartermaines, the once-dominant family in Port Charles seems to have dwindled to a few characters: Monica, Tracy, Ned, and Michael (not counting Jason, but he does go by the last name Morgan these days). One beloved Quartermaine that had a great storyline was Emily. The relationship she shared with Nikolas Cassadine was a romantic love story that ended abruptly in 2007 when Emily was strangled by the Text Message Killer. Alas, it would be very hard to bring Emily back to life at this point, but if they can bring back little Jake from to life … how impossible would it be to have Emily return?

All the Cassadines seem to have nine lives. Helena’s son Stavros has returned to life numerous times, and she was shot herself by Luke Spencer in 2013, only to return to the land of Port Charles in 2014. Helena once again passed away in late 2015 when her dear grandson Nikolas poisoned her. She certainly is not a heroine by any stretch of the imagination, but her scheming ways keep life in Port Charles quite interesting, especially when she starts cursing people (and then follows through with actions to ruin their lives). 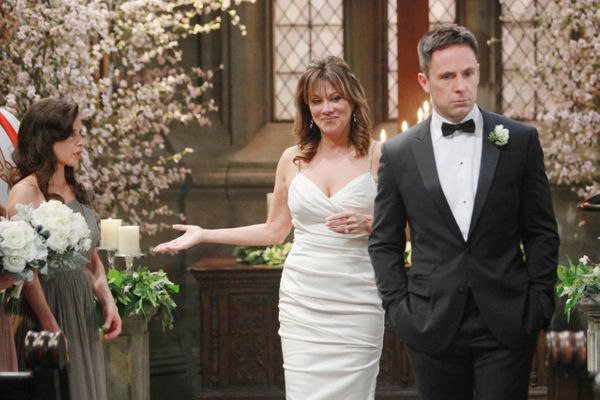