7 Things You Didn’t Know About ‘Botched’

Botched has become one of the most fascinating reality shows on television right now. The series tackles the hard job of fixing extreme plastic surgeries gone wrong. Instead of turning it into something superficial, these doctors play the role of the hero by taking on patients who are looking for life changing surgeries they cannot get anywhere else. The stars of the show are Terry Dubrow and Paul Nassif, two of the most highly demanded (and hottest) plastic surgeons in Los Angeles. These two are no stranger to the camera. They both started out as reality stars on Bravo’s series Real Housewives. Nassif was formerly married to Adrienne Maloof, a former Housewife on The Real Housewives of Beverly Hills while Terry is married to current Orange County Housewife, Heather Dubrow. Today, Nassif and Dubrow are stars all on their own since the success of their own reality show, Botched. The third season of Botched is currently airing, as well as it’s spin-off show, Botched by Nature, so before you tune in, take a look at our 7 things you might not have known about Botched:

7. How The Show Began

Paul Nassif said in an interview with Celebuzz that he was in the talks of doing a plastic surgery show way back when he was working on The Real Housewives of Beverly Hills. “I think it happened one time with the executive producers of the Housewives show when I was finished with that. Actually, even during that we were always looking for a good segue into a good plastic surgery show since there hasn’t really been anything since Dr. 90210. We wanted to do something where we’re really helping people, more of a human interest, life changing, but at the same time add some shock value into it. So we had a discussion once and thought about it. Then I called Dr. Terry Dubrow,” said Nassif.

One of the best things about the show Botched is the friendly banter between these two best friends. It’s pretty clear just from looking through their social media and watching an episode of the show, these two love to tease one another. This kind of friendship only comes from a long history! “When I first went into practice I worked with his family a little bit and he was still in his plastic surgery training and then he came out and we started working together. We have had about 40 years of plastic surgery experience together and we’ve seen it all. At least we thought until we did this show,” Dubrow said. Nassif chimed in and said, before the show started, dating back 15 years ago, Dubrow would regularly come to his office in Beverly Hills once a week to visit with patients, because Dubrow’s practice is in Orange County. “Terry has been teasing me for many years. I let him! It goes in one ear and out the other — I kind of ignore it. And when it comes to working together: we’re friends, we like each other, we’re like brothers and we’re both talented surgically. That’s symbiotic in some of these cases where we’re bouncing things off each other to see what we can do to get the best possible results,” Nassif said.

5. The Most Requested Celebrity Body Part

Plastic surgery has been around for a long time, but it was definitely celebrities who popularized the idea during the ’90s. On the show Botched viewers will get to see a lot of hopeful patients who come in wanting to get the look of a particular celebrity. People magazine asked Terry Dubrow what the most often requested celebrity body part is and his answer? Kylie Jenner’s lips! “She really started a trend. It’s amazing that someone so young could be so influential,” said Dubrow. When asked if this kind of procedure was recommended for someone her age, their reply was most definitely not. “We’ve said numerous times on the show that we do not recommend this. Everyone is different, but if someone is asking us to recommend it for their 18-year-old daughter, Terry and I are always going to say no – unless there is a situation or a patient was born with an issue that we need to fix. But our answer in general is, ‘No, it’s too young.’ No disrespect to Kylie because we think she’s beautiful and the lips are beautiful, but in our personal opinion we suggest waiting,” said Nassif. Other looks people frequently ask for are a Brazilian butt lift so they can have “a booty like Kardashian,” said Nassif. There’s also Brad Pitt’s nose for the men while the women tend to ask for Megan Fox or a more natural looking Kate Middleton.

When the first season was released back in June 2014 it was only given eight episodes because the producers of E! weren’t sure how well it would do. Surprisingly, the show experienced so much success that the second season was given a whopping 20 episodes! They had six thousand people apply to have their story featured on the show, while in the first season only 500 people applied. Now onto the third season, Botched has officially deemed itself as another successful reality show and even sparked a new spin-off series titled Botched by Nature, as well as a three specials called Botched: Post Op hosted by Dubrow’s wife, Heather Dubrow. Paul and Terry have taken on a number of celebrity guests like Janice Dickinson, Mamma June, Nicole Eggert, Farrah Abraham and WWE wrestler, Chyna.

This is always a question that comes up when talking about reality television — even though these guests aren’t actors, do they get paid to come on the show? Of course, it varies from show to show, but on Botched it’s kind of a yes and no answer. The patients are paid an appearance fee by E! but they also have to pay the doctors for their services so typically patients use part of their payment to pay for their doctors fee. In an interview with Allure, Dubrow said that he and Nassif must get paid for their services if they choose to take on that particular patient. “We have to get paid to do the surgery. For four days a week we do something for the show” and the rest of the time they are working at their own private practices, said Dubrow.

Botched stands out against any other surgical show because it doesn’t glamorize the idea of surgery. Terry Dubrow and Paul Nassif are very careful about who they take on as a patient in terms of risk and whether this person actually needs this surgery or wants it for the right reasons. They don’t take on patients that have unrealistic expectations or aren’t doing it for the right reasons. Another thing is that Botched will air patients and their stories even if the doctors turn them down. “There are a lot of cases on the show where we bring in people and say, ‘That’s not fixable, but let’s air their stories as a cautionary tale,” said Nassif. “At the end of the day it is serious and scary. It could go very wrong. This season, some of the cases go wrong on us, and we show that. Warts and all,” said Dubrow.

1. Terry Turned Down the Show at First

According to an interview with both doctors in The Daily Beast, Dr. Terry Dubrow said when Paul Nassif approached him with the idea of doing this show it took a little convincing from Paul for him to fully get on board. He was nervous about the obvious risks to taking on some of these controversial cases. A lot of the cases that come onto their show are things no one has ever seen before and are patients who have been turned away from numerous doctors prior to coming on the show. As a result, Dubrow and Nassif cannot consult with other doctors or refer to text book procedures from the past. It’s scary! There’s also the fact that if something goes wrong or not as a patient hoped, their reputation will be affected which is a risk they always take. “As a plastic surgeon, you’re not judged by the before vs. after. You’re judged just by the after,” said Dubrow. 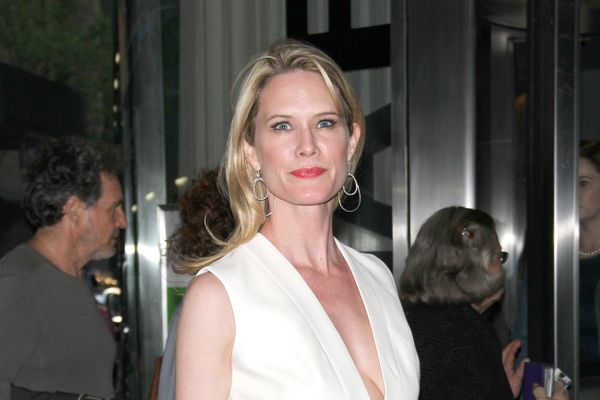 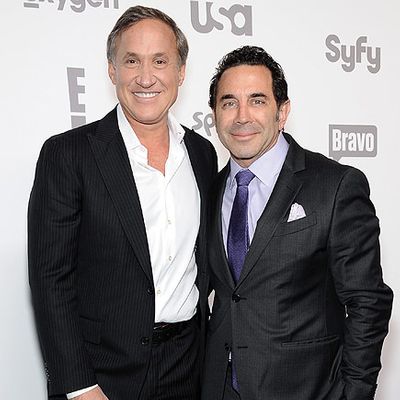