These two gorgeous soap opera stars are both extremely talented. Days of Our Lives (DOOL) alumni Arianne Zucker and Shawn Christian have been together for about three years now and make an amazing couple. Interestingly enough, life imitated art with these two, as their DOOL characters (Nicole Walker and Dr. Daniel Jonas) were also together on the show. While fans may think they know all about the two and their love affair, below are seven things you may not know about the relationship between DOOL’s Arianne Zucker and Shawn Christian:

They say the best couples are friends first, which may be a nice indication of success for these two. Shawn Christian entered the land of Salem in 2008 as Jonas, which was around the same time Nicole Walker (a.k.a. Zucker) re-emerged onto the DOOL scene. When they first met Ari had recently reconciled with then-hubby, another former Days’ actor, Kyle Lower (ex-Brady Black). The two would work together for years before they finally began dating.

When Zucker called it quits with Lower in March of 2014, it opened up the chance for her and Christian to explore their relationship. The good news is Kyle and Ari are still friends and committed to co-parenting their daughter. She and Christian made it official soon after her divorce announcement and they’ve been happily together since.

Ari and Shawn seem like quite the adventurous couple and if you take a sneak peek at either one’s Instagram handles, you will undoubtedly see some incredible things these two do together. In 2014, while on a Days’ promotional tour in Sydney, Australia, the twosome went skydiving! Crazy and fun couple!

Speaking of those Instagram handles, fans also get a nice look at just how well they’ve managed to bring their children together in the mix and create a nice little family. The couple can be seen engaging in fun activities with both of their kiddos on social media, as Arianne has a young daughter (with ex, Lower) and Shawn has a teenaged son with his ex, model Deborah Quinn.

These two don’t only engage in fun activities together with their family, but they work hard together on philanthropic initiatives. Zucker, along with her brother, founded the Arrow Heart foundation, a non-profit that aims to help young teens find the beauty in adventures outdoors and help increase their confidence while offering problem-solving skills to youth. Both Zucker and Christian have heavy involvement with Arrow Heart and its projects. It is certainly great to see celebrities giving back to those who need it the most.

While they met on the DOOL set, in late 2015 Christian left the show in an explosive storyline that saw his character die at the hands of a drunk driver, Eric Brady. While some thought Christian left because he wanted to, turns out he was fired. Arianne has followed suit announcing her decision to leave the show this past year. Looks like Nicole Walker’s ‘days’ are numbered …

Here’s an interesting tidbit. Well before Arianne Zucker or Shawn Christian met on the set of DOOL back in 2008, they both appeared on an episode of CSI Miami in 2006. Their appearances on the show were at different times that year, with Ari on the episode entitled “Dead Air” and Shawn on a 2006 CSI Miami episode called “Rio.” Cool, huh? 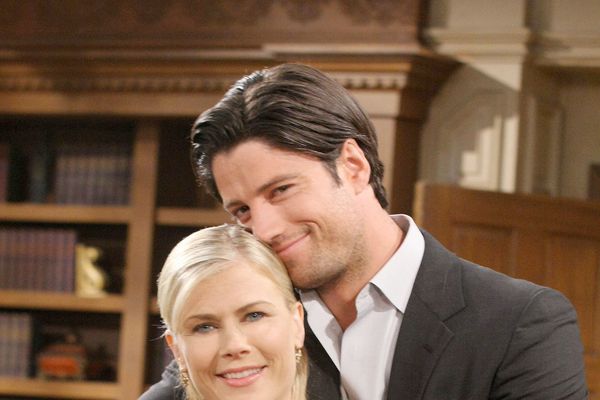