Laverne & Shirley was a spinoff of the show Happy Days that ran for eight seasons from 1976 to 1983. The show was incredibly popular, even more popular than its parent show. Even though many of us have heard of Laverne & Shirley, most of us don’t know a lot about the show and all of the drama that happened behind the scenes, so here are 7 things you didn’t know about the ABC sitcom:

7. Getting Their Own Show

Laverne (played by Penny Marshall) and Shirley (played by Penny Williams) first appeared on Happy Days in the episode “A Date with Fonzie.” They played two “loose” girls Fonzie finds in his black book to go on a double date with him and Richie. Laverne and Shirley proved to be incredibly popular, so studio execs asked producer Garry Marshall (who was Laverne’s brother in real life) to create a show for them.

Creator Garry Marshall, who had worked with Lucille Ball on The Lucy Show, envisioned the show as a ‘70s version of I Love Lucy. At the time, no one was doing low physical comedy on television and he saw an opportunity.

When Cindy Williams (who played Shirley) got pregnant in 1982, her then manager and husband, Bill Hudson, presented Paramount with a list of demands to accommodate her pregnancy, which they refused. Williams left the series after the second episode in season eight and she sued Paramount for $20 million because they had initially told her that they would write her pregnancy into the show and then changed their minds. The lawsuit was settled out of court and Williams’ character was written out of the series.

Initially there was tension on-set because Cindy Williams feared that Penny Marshall would get preferential treatment because her brother was one of the creators, so she demanded top billing. To appease both actresses, it was decided that both of their names would appear on the screen at the same time. While Marshall’s name appeared on the left side, William’s’ name was higher up on the right, but this wasn’t enough for Williams. In 1977, she complained to TV Guide that the writers gave Marshall more lines. Before long the two lead actresses were fighting over the square footage of their dressing rooms and the cast of Happy Days (whose set was situated right next to theirs) could sometimes hear the fighting on the next stage.

2. Feuding with the Writers

1. Not the Best of Friends

Cindy Williams and Penny Marshall weren’t very close while filming the show until Marshall and her husband Rob Reiner separated in 1979. The then actresses called a truce and Williams was there for her co-star and would guide her through the script when she would have anxiety attacks on set. Williams would also try extra hard to be entertaining on the days when Marshall didn’t have it in her to be funny. When Williams was written out of the show, the two didn’t speak for many years until they were reunited on the Nickelodeon show, Sam & Cat. 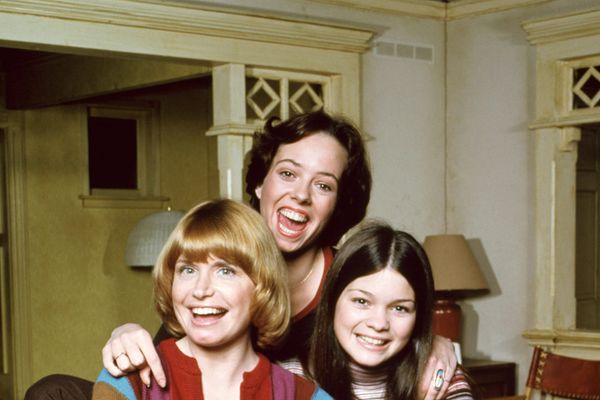