Thomas Rhett is one of country’s newest and hottest stars who’s been enjoying a fast rise to fame ever since he released his debut album, It Goes Like This, in 2013. Since then he’s also released Tangled Up in 2015, produced 10 singles, seven of which reached the No. 1 spot, and collected more than a few awards along the way. Not only have fans fallen in love with his music, but they’ve also grown to adore his gorgeous and kind wife, Lauren Akins. The new and expectant mom just adopted a child named Willa Gray Akins with Rhett and the two are expecting their first biological child in August 2017! In celebration of their exciting year, here’s a look at 7 things you didn’t know about Lauren Akins!

After high school Lauren went and got her nursing degree at the University of Tennessee and she’s been putting it to use ever since! While attending school she met the nephew of Suzanne Mayernick, the co-founder of 147 Million Orphans, a non-profit organization. When she heard about a medical mission to Haiti, she immediately jumped on board. After her amazing experience, she and Thomas began fundraising for the organization and ended up collecting $250,000 in 2016. She has since been invited as a member of the 147 board and gone on another mission trip to Uganda.

6. She Keeps Him Humble

Being married to a celebrity who’s in the music industry isn’t easy. Thomas Rhett is on the road a lot and constantly surrounded by ‘fame,’ but he credits his wife as the one who keeps him humble. “I’ve even come home a lot of the time and talked about what I did on the road and what songs I’m gonna cut and then I realized I haven’t even asked my wife how her day was. So I think this business can be very consuming for some people. But thank goodness that my wife is there to call me out every single time, so my head shrinks a little bit,” he said in an interview with Taste of Country.

5. Her Favorite Part About Shooting “Die A Happy Man”

In a joint interview with Glamour, Lauren was asked what her favorite moment was from shooting Thomas Rhetts most famous single “Die A Happy Man” which was written about her. The video was shot in Oahu, Hawaii, where they went on their honeymoon. “My favorite moment is when we were out on the water on our surfboard and the sun was going down behind us, and it’s just kind of a silhouette of both of us. That’s my most peaceful moment ever: sitting on a surfboard out on the waves. And once we got into it, the video is something we’ll have our whole lives. The worst thing was, we road horses bareback, and I had the crazy horse!”

4. How She Found Out She was Pregnant

Thomas Rhett and Lauren Akins found out they were expecting during a trip to Africa with fellow country singer Tyler Hubbard and his wife, Hayley. Lauren felt her first inkling of sickness while on a safari in Tanzania, so when Rhett went to the gym later that day, Lauren and Halely both took a pregnancy test. “I was 100 percent sure I was not pregnant – because we were well into the adoption process at this point and we were both like, ‘Let’s wait, let’s give this adopted child his or her time with us and then we’ll continue our family,” said Lauren. “So I was convinced it was food poisoning.” Of course, Hayley and Tyler’s came back negative (they are now also expecting), but when they realized Lauren’s was actually positive, they all went to the gym and told Rhett together. Hubbard found out Rhett was going to be a dad before he did!

Even though her husband is the one who’s the big country star, she’s become a bit of a celebrity as well! One of the biggest shows of this is her social media following. She now has an incredible 1 million followers on Instagram, while Rhett has 1.9 million — those are some surprisingly close stats! We’re guessing the fact that he’s written some huge hits like “Die A Happy Man” and “Star of the Show” just might have something to do with fans interest in her. In an interview with Hank FM, Rhett joked how she’s the real star. “She’s way more famous than I am. I told her when she gets more Instagram followers than me then she’s taking over the financials for this family. I’m done. I don’t think me and her ever planned on that happening…She’s been a huge part of my career and all over my socials and I think that my fans just love her. She’s a very likable human being.”

2. How She Met Thomas Rhett

Lauren and Thomas Rhett have one of the cutest love stories ever as it dates all the way back to when they were both in kindergarten! They were both in the same class at Goodpasture Christian in Madison and then developed a close friendship in the sixth grade. At the age of 13, Lauren and Thomas went to church camp together and briefly dated for six months when they were 15, but then decided they were better off as friends. They both dated other people but remained close friends until they one day Rhett heard she was single again and he confided in her father that he was still in love with her. Lauren’s dad then told Rhett that if he didn’t come over and tell her he loved her, he would do it for him, so Rhett came over that night and told her — the rest is history! They were married the following year in 2012 when they were only 22-years-old.

In February 2017 Lauren and Thomas announced they were not only expecting a biological child, but that they were adopting a little girl from Uganda as well! Unbeknownst to their fans, they’d been in the process of adopting Willa, a little girl from Uganda who’d been orphaned as a newborn, and were finally able to bring her home to Nashville in May 2017. Lauren first met Willa when she was only 18-months-old and immediately bonded with the girl nicknamed “Blessing.” It was during her first trip to Uganda with 147 Orphans when she and Rhett had been trying to conceive on their own without success. It was Rhett who first suggested adopting Willa after he saw a picture of Lauren holding her. 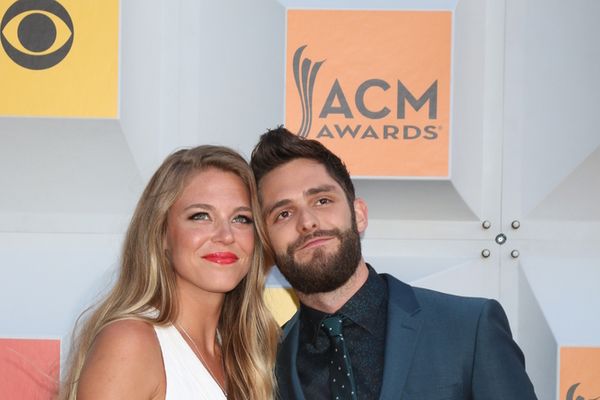