It’s been a while since people liked LeAnn Rimes. Ever since her affair and subsequent marriage to Eddie Cibrian, she has been an object of derision. People really dislike her and she spends a lot of her time engaging with the tabloids and her haters in a vain attempt to share her side of the story. It’s hard to believe she’s spent countless years doing it, but she has. Her inability to step away and let people say what they want and not engage is what makes her even more unlikable. Since her career has been suffering for years now, we figured we’d take a good look at how she single-handedly destroyed it!

Her Marriage to Eddie Cibrian

One of the main reasons that people dislike LeAnn Rimes is because of her relationship with Eddie Cibrian. They were both married when they met; however, unlike her, he had children. The two had a strong connection but, instead of being honest and separating from their respective partners, the two engaged in a relationship while they were both still married to someone else. Her relationship with Eddie is one thing but her continuous need to flaunt it in front of everyone is one of the many reasons people can’t stand her. If things hadn’t gone down the way they did in the beginning of their relationship, the public may have been a little more forgiving.

LeAnn Rimes is obsessed with Twitter. She tweets several times a day regularly. Before she went to rehab back in 2012, she was constantly getting into catfights on Twitter with absolute strangers. Although things have improved since rehab – or tweehab as Eddie’s ex-wife, Brandi Glanville, called it – she still uses Twitter to fire back at the tabloids and her various other haters. For Rimes to really rehabilitate her image, she needs to get rid of social media for good. It seems too much like an outlet for her neuroses.

She’ll Fight with Anyone

In 2012, we saw just how volatile LeAnn Rimes really is. She had been having lunch with some fans when she called a stranger who had tweeted some negative stuff about her so that she could defend herself. According to the woman, Rimes really wanted this woman to like her; however, when the woman couldn’t be persuaded, the country singer became rude. Things got worse when the budding reality TV star got her lawyer involved and sued her for invasion of privacy. Shortly after this, Rimes went to rehab and a couple years later the case was dismissed.

She Uses Her Stepsons As Props

LeAnn Rimes just loves getting to Brandi Glanville and this whole obsession with her stepsons or, as she likes to call them, her “bonus boys” hasn’t done anything good for her reputation. She knows this upsets Glanville; however, she can’t stop herself from prodding the bear. We don’t doubt that she loves Jake and Mason, but they seem more like props in her battle against her husband’s ex. Rimes really needs to stop posting things about them on Twitter and let go of “Stepmother’s Day” for good.

Her Album On The Affair

This country singer is so obsessed with addressing what she perceives as misconceptions about her and her relationship with Eddie Cibrian that she used one of her albums Spitfire to address the scandal and tell her fans the “truth.” Apparently no one was interested in hearing it. Even though critics considered it one of her better records, sales were disappointing. Rimes really needs to stop writing, singing and talking about the affair already – it obviously isn’t winning anyone over.

Since people weren’t buying her records, LeAnn Rimes had to get a bit more creative with regards to reaching her haters, hence her reality TV show “LeAnn & Eddie.” Leann is really desperate to give people a different perspective of her and Eddie Cibrian’s relationship, even if no one wants it. So far, in terms of viewers, their VH1 reality show is considered a flop and most people will be shocked if it is renewed for another season. We really hope it’s canceled for her sake. The less we hear from her the better!

Her Feud with Brandi Glanville

LeAnn Rimes cannot stop herself from engaging with Eddie Cibrian’s ex wife Brandi Glanville. It is easy to feel bad for the mother of two. She really wanted to keep her family together, but she couldn’t stop him from cheating on her with the country singer. Now that Rimes and Cibrian are together, you’d think they’d be content not to engage in petty little fights with his ex. Sadly, this isn’t the case. Rimes is obsessed with trying to expose Glanville to the public and all that it has done is show us more about her. 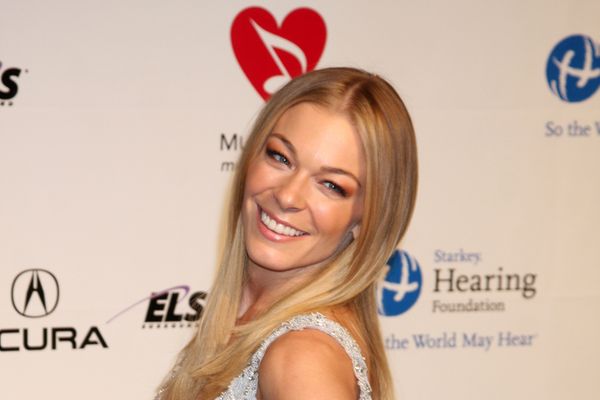