While it may have just come out that LeAnn Rimes may be a little too addicted to popping supplements in the interest of maintaining her youthful glow, this country superstar is no newbie to media gossip. From the age of 13, LeAnn has been in the spotlight, and it’s her 20 year career that we’re celebrating with her on her 33rd birthday this August 28th. Here are some tidbits about LeAnn that has kept our attention on her for all of these years.

Another fabulous talent that broke out as a teen mega-star on the country scene is Taylor Swift, and this idol is a force to be reckoned with. She is one of the best-selling artists of all time and has won seven Grammy Awards. And who does this prodigy attribute as her greatest influence? That’s right, Ms. LeAnn Rimes! Not only that, but as a budding-starlet, Swift won her first singing competition at the age of 11, singing LeAnn Rimes’ “Big Deal.”

9. She’s Been Compared to Patsy Cline

When LeAnn broke into the music scene at the age 13 with the Bill Mack song “Blue,” the world was entranced by the emotional delivery of the young talent. Immediately, critics began comparing her voice to legend, Patsy Cline’s. Rimes was even dubbed the successor to Cline’s legacy. The song went on to sell 123, 000 copies in its first week and eventually eight million copies worldwide. LeAnn followed up the success of this song with another number one, “One Way Ticket (Because I Can).”

The blonde bombshell has got some ink and most of it pays tribute to her love of her now-husband Eddie Cibrian. A daintily tattooed message on her foot reads, “The only one that matters,” that is said to have come out of a conversation with her hubby. Another one of her tattoos, inked across her pelvis, was inspired by a Maya Angelou poem and reads, “Still I Rise.” Rimes’ favorite place to get tatted up is Shamrock Social Club in West Hollywood, where owner, Mark Mahoney,  tac-tacs it on his A-list clients, including David Beckham and Lindsay Lohan.

7. She Sued Her Father

Nice-girl LeAnn sued her father, Wilber C. Rimes, and former co-manager Lyle Walker, in 2000 for theft of at least $7 million. Rimes said the men appropriated up to 30 percent of her income by duplicating and augmenting fees, as well as floating themselves non-interest loans from the company, LeAnn Rimes Entertainment, a company formed to represent LeAnne. The country singer sued for an unspecified amount, as the exact amount of absconded funds was unknown. The suit was later settled on “undisclosed terms.”

6. She Has Published 4 Books

After spending 1996 topping the Billboards, LeAnn decided to team up with veteran writer Tom Carter, to write her first book Holiday in Your Heart. The story chronicles the life of a 14-year-old country singer on the brink of stardom who gets a downhome lesson in family values and humility from a former, but now forgotten, country legend. LeAnne has since published three books, including two children’s books, Jag, and Jag’s New Friend. The book What I Cannot Change contains an introduction by Rimes and is written by Darrell Brown. It serves as a counterpart to the song by the same title, which shot to the top of the charts in 2008.

5. She Turned Down a Role in The Horse Whisperer

LeAnn turned down the role of “Grace” in the The Horse Whisperer in 1998. The film went on to receive critical acclaim and was even nominated for an Academy Award. The role was filled by Scarlett Johansson, who received a Young Star Award for her performance. The country star later admitted that she regretted turning down the role.

4. She Has Been Diagnosed with Epstein-Barr virus

LeAnn was reported to have been diagnosed with the Epstein-Barr virus when she was 18. The disease is one of eight viruses in the herpes family and is one of the most common diseases in humans. When the disease occurs in adolescence, it often manifests as infectious mononucleosis, “mono,” or “the kissing disease,” which causes extreme fatigue. LeAnn commented on her diagnosis, “It turns out, I was working through the main part of it, when I should have been in bed.” What a tough cookie!

3. She Is the Youngest Person to Win a Grammy Award

LeAnn skyrocketed to stardom at the age of 13 in 1996 with her debut album, Blue. The album was met with much critical success and the starlet received Grammys for Best Female Country Vocal Performance and for Best New Artist at the 39th Annual Grammy Awards in 1997 at the ripe old age of 14.

2. She Has Famous Cousins

LeAnn is a cousin to both Katherine Connella and former First Lady Rosalynn Carter. Conella is an actress and writer best known for Two Days at a Time (1995), The White to Be Angry (1999), and Grief (1993). Rosalynn Carter is the wife of the 39th President of the United States and she served as the First Lady from 1977-1981. She was politically active during her White House years and is credited for her work in the advocacy for women and mental health.

1. She Recorded her first album at the Age of 9

LeAnn released her first album when she was only nine years old. Her demo album titled Everybody’s Sweetheart, was recorded with an independent label in 1991 and caught the attention of disc jockey, Bill Mack. Rimes later recorded Mack’s song “Blue,” which was released as a single in 1996 and thrust LeAnn to stardom at the top of the charts at 13 years of age and garnered her the acclaim she deserved. This break led to the release of her second studio album You Light Up My Life: Inspirational Songs, which is the only album to debut at number one on three individual charts simultaneously. 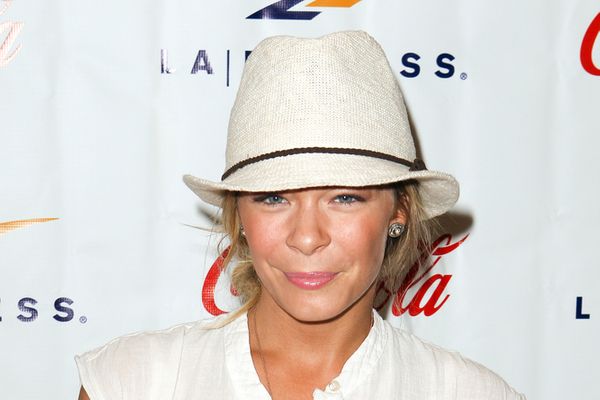