8 Forgotten Actors From The Early 2000s

In Hollywood, actors and actresses constantly come and go. It doesn’t really matter if they love acting – many of them are just cast aside and replaced a batch of younger actors and actresses. Today, we’re looking at forgotten actors from the early 2000s. These guys seemed to have it all at one point – but then they lost it just as quickly.

Freddie Prinze Jr. was in a string of movies in the late ’90s and early 2000s, including I Know What You Did Last Summer, She’s All That, Summer Catch and Scooby-Doo before he suddenly disappeared. Since then, he’s been in a handful of movies and several TV shows, but his career has more or less fizzled, probably by choice. He’s currently lending his voice to Kanan Jarrus on the animated TV series, Star Wars Rebels.

Seann William Scott was thrust into stardom when he starred in the American Pie movies. This led to other opportunities in movies like Dude Where’s My Car?, Jay and Silent Bob Strike Back, Old School and The Dukes of Hazzard. In recent years, his career seems to have plateaued. In the last two and a half, he’s only been involved three movies, Just Before I Go and Goon: Last of the Enforcers and he’s lent his voice to the character, Crash, Ice Age: Collision Course.

After his roles in Encino Man and School Ties, Brendan Fraser was well on his way to becoming an in-demand actor in Hollywood. Throughout the ‘90s and early 2000s, he continued to act more roles to his resume, but sometime after that, he just fell off the radar. He barely acts anymore. The last movie he was in was something called The Nut Job and it was just a voice role and he was also in a mini-series in 2015 titled Texas Rising.

Michael Vartan made a name for himself on the action series, Alias, but he hasn’t really done that much since the show ended. The biggest film he was in was Monster in Law, alongside Jennifer Lopez, and the biggest show was as Dr. Tom Wakefield on the series Hawthorne. The only other times he made the news was when it was announced that his wife of three years, Lauren Skaar, had filed for divorce.

Patrick Fugit rose to fame thanks to Almost Famous and he seemed to be continuing on that path because of his roles in White Oleander and Saved!. In the last decade, he hasn’t been acting as consistently and has switched from leading man parts to supporting bits. We really thought given that he could hold his own among in movie with Kate Hudson, Billy Crudup, Jason Lee and Frances McDorman that he really had what it takes to make it as a leading actor in Hollywood, but apparently not.

Billy Crudup’s career should have totally taken off after his role as Russell Hammond in Almost Famous, but it’s never really taken off in the way that we would expect, despite his obvious talent and movie star good looks. He made more headlines a decade ago for leaving a very pregnant Mary Louise Parker for Claire Danes than he has for his acting. While he still continues to act, he seems to go for more indie roles and plays as opposed to big blockbuster flicks that would get his name out there.

The Spider-Man trilogy made Tobey Maguire a star (that and his friendship with Leonardo Dicaprio), but nowadays, you don’t really hear about him. Some people blame his involvement in the Spider-Man series for stalling his career. The third one was so bad that Sony scrapped Spider-Man 4. His biggest part since then was The Great Gatsy, which underwhelmed critics and now he only makes headlines from time to time for his gambling. According to Molly Bloom, poker hostess to the stars, he’s an amazing poker player, but he’s also a sore loser that loves to humiliate women.

Matthew Lillard was another actor in the late ‘90s and early 2000s that was in a string of movies, like Hackers, the Scream movies, She’s All That, Summer Catch and Scooby-Doo. While he’s been involved in a number of movies and television series since, most of them have been forgettable. His biggest role in recent years was in The Descendants, which starred George Clooney, but he hasn’t had another big one since. 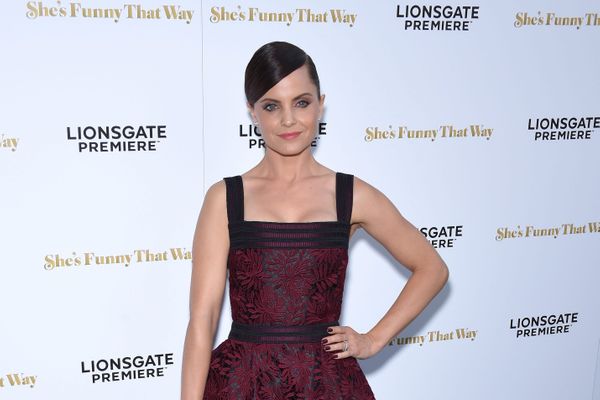 10 Forgotten Actresses From The Early 2000s