Grey’s Anatomy is no doubt one of the most popular primetime television shows! This critically acclaimed series has been on air since 2005 and now has 14 seasons under its belt. Created by Shonda Rhimes and starring Ellen Pompeo, Grey’s Anatomy has been so successful and much of this success is thanks to the amazing cast. Not surprisingly, a long-running show like this has gone through many, many cast changes. We’ve seen lots of characters come and go. Some were much more painful to let go of than others, but since there’s always room for one more on the cast of Grey’s Anatomy, we’ve compiled a list of 8 characters (who are still alive) we’d like to see make a comeback!

When Addison Montgomery first began appearing on Grey’s Anatomy in season 2, she was definitely not welcomed with open arms. She was the woman who swooped in and ruined Derek and Meredith’s epic love story, but as the story evolved and we learned more about her character, she did become a fan favorite. In fact, her popularity grew so much that she was given her own spin-off series! While she could be viewed as a little selfish or entitled at times, she was a respectable, powerhouse surgeon, who was also hilarious! We absolutely loved her self-deprecating sense of humor and while she made some mistakes along the way (mostly with Mark), she was definitely relatable to women who were faced with the daunting task of moving on after a failed marriage. Dr. Montgomery would make a great re-addition and it would be super easy to reintegrate her into the current storyline!

Izzie Stevens was one of the original characters on the show. She was a main character in the series until season 6 after her character was diagnosed with metastatic melanoma, married Alex Karev, beat cancer, but then kind of turned into a bit of a flake and was eventually fizzled out. Stevens was definitely one of those characters who fans either loved or hated because she was so outspoken and a little bit argumentative. She didn’t fit into the friendship duo with Christina and Meredith, and after George left the show she was kind of on her own. While some might not have liked her, there’s one thing we can’t deny, Katherine Heigl put on an amazing performance, one that earned her critical nods, including a 2007 Emmy Award. While it’s common knowledge that Heigl didn’t leave her role on good terms, we’re still holding out hope that one day she makes a comeback and brings a little spark back into the storyline!

When Grey’s Anatomy had to bring in a new gang of interns, it was hard to accept them because we don’t like change! Shane Ross was one of the newbie characters who got some amazing storylines and really could have turned into a great long-term character. He was totally underrated! When Christina left he hilariously said, “Take me with you!” These two were oddly enough an interesting pair, not romantically, but definitely as a team in the OR. Played by the actor Gaius Charles, Ross had the same zest that Christina Yang had which was awesome to watch! Sadly, he only lasted for one season because, for an unknown reason, his contract wasn’t renewed. ABC should totally give this guy a comeback!

Okay, who didn’t love Joe the bartender! He was one of the most beloved characters from the early seasons. Joe owned the bar Emerald City Bar, which was right across the street from the hospital, so it became a popular hangout for all the characters in between shifts. Joe had a small role on the show and kind of floated around in the background, but because of his popularity, they definitely did their best to keep him active in the storylines as best they could. He was basically quietly written out of the show. The last time any viewer saw him was in season 7. He’s definitely overdue for a comeback!

You might have to take a second to remember who this guy is because he hasn’t been on the show in a long time. Finn Dandridge was a vet that Meredith dated in between being with Derek. He first showed up in the second season as the vet who was taking care of Meredith and Derek’s dog, Doc. After running some tests, Finn tells Meredith and Derek that Doc has bone cancer and they come to the conclusion that he should be put down. Sometime during all of this, Finn begins dating Meredith and they seem to be perfect together! Finn is such a sweet guy who treats her well. He’s also handsome and has a great job, so he’s the whole package! Unfortunately, Meredith can’t seem to get over Derek and ends up choosing Derek over Finn, but we’re convinced if Derek wasn’t around, they would’ve worked in the long run. Now that Derek has passed away, we think it’d be a great time for these two to run into each other again!

Callie Torres is one of those characters who follow the saying ‘to know her is to love her.’ She didn’t start out the series as a fan favorite, mostly due to her off-and-on-relationship with George O’Malley and her sparring with his friends, but once she got a better storyline, she flourished. The actress who plays Torres is Sara Ramirez. She was brought onto the show after she won a Tony for her role in Spamalot. ABC recognized her talent, and told her she could have a spot on any ABC series she wanted, and lo and behold, she chose Grey’s! Her character ended up being one of the show’s most prized possessions, especially after many of the OG characters left. She stayed with the show for a long, long time. After 12 seasons she finally decided to leave on her own terms. We understand she’d want to try something new, but that doesn’t change the fact that we already want to see her back on the show!

She might not have been the warm and fuzzy type of character we’re used to liking, but Erica Hahn definitely brought some diversity to the show. Not surprisingly, her hardcore attitude and work ethic made her the perfect person to spar with Christina Yang and hold her ground, which is a hard thing to do! Unfortunately, Dr. Hahn was only a regular on Grey’s Anatomy for one season, but in that short period of time, she managed to make her mark on the show. In addition to being a great addition to Seattle Grace as a surgeon, she was part of the show’s first same-sex relationship when she began dating Callie Torres. Hahn was written out of the series in 2008, but since her exit wasn’t that definitive, we’re hoping the door is open just wide enough that she could potentially make a comeback in the future.

No one should be surprised to see Christina Yang in the number one spot on this list. She was one character who probably could have carried the show on her own. Christina Yang was this extremely driven, hardcore surgeon, who also happened to be hilarious! Hands down had the best one-liners out of any other character. We had a lot of respect for her because she knew what she wanted and she went for it, no matter what. Even when it was at the expense of her relationships. We never held it against her though because she was such a gifted surgeon — she was born to the be the best. Christina definitely added a lot to the show, especially when Meredith’s character would fell flat. When she left it was so hard to imagine how Grey’s would go on without her. They’ve managed, but it will never be the same without her! We vote to bring her back! 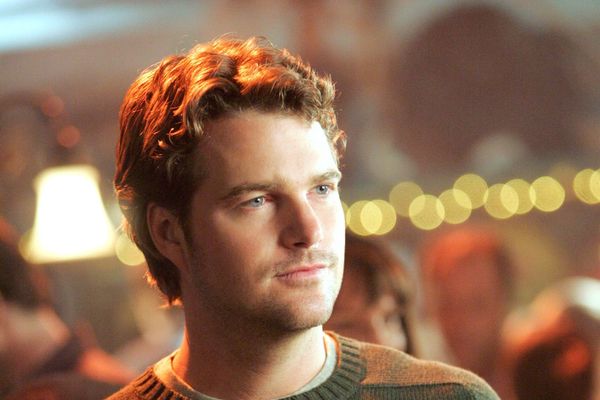