Reality television has a way of making some relatively ordinary people into world famous celebrities, but when I say that this list looks at “popular” stars, I don’t necessarily mean they’re well-liked. To be honest, for reality TV to be the train wreck worth watching, the stars have to cook up some serious dramatics, and let’s face it, the worse they behave, sometimes the more dough they rake in! Let’s have a look at some popular reality TV stars and just how much the internet says they’re worth:

Estimated Net Worth: $200,000. Kate Gosselin went from being loved as America watched on sympathetically during her then-husband’s cheating scandal, to being one of the most hated TV moms for her erratic behavior. On the plus side, Celebrity Net Worth estimates Gosselin net worth at only $200,000, which seems particularly low considering the length of time she’s been on TV and all of her undertakings. After the change of Jon & Kate Plus 8 to Kate Plus 8, Gosselin has also appeared on Dancing With the Stars (for which he apparently earned $500,000) and Celebrity Apprentice with Donald Trump. She has also published four books; the first two debuted at #5 on the New York Times Best Sellers list. I guess raising eight kids is draining her funds…or maybe it’s her strange (and expensive) ability to age backwards.

Estimated Net Worth: $800,000. Alana Thompson is much more well known by the nickname Honey Boo Boo. She rose to fame on Toddlers and Tiaras and earned herself a spinoff series Here Comes Honey Boo Boo which followed her family and her around on the pageant circuit. According to TMZ, her family received $22,500 per episode of the show, and the first season was one of TLC’s highest-rated shows. Moma June, Alana’s mother, is widely accused of having drained all of her daughter’s’ bank accounts of their earnings from the show, and has been sued by her daughter Anna Cardwell who claims she is owed $201,000 and that her sister Kaitlyn is owned close to $100,000. Here’s hoping that Alana has still got all of her hard earned money!

Estimated Net Worth: $3.5 million. Crowned by E! as the number one bad girl on reality TV and also earning herself a spot on TV Guide’s list of “The 60 Nastiest Villains of All Time” in 2013, Omarosa has definitely garnered herself a reputation that is unmatched by many others. Omarosa has a Ph.D in communications which landed her a job working with Al Gore and eventually on NBC’s first season of Donald Trump’s The Apprentice. Since then, Omarosa has become a staple part of reality TV having appeared on Celebrity Apprentice, Fear Factor, Girls Behaving Badly, and The Surreal Life. The bad rap may have been worth it since Omarosa is reportedly worth $3.5 million.

Estimated Net Worth: $5 million. Big Ang lives up to her name in every respect including her bank account. This mob momma has earned her reputation as a “mob moll” as the niece of Salvatore “Sally Dogs” Lombardi, a former captain in the Genovese crime family, and as the owner of several mob hangouts including the Drunken Monkey bar. She joined the cast of Mob Wives during the second season where she gained a lot of attention and received her own spinoff series Big Ang in 2012. The same year, Raiola released a book titled Bigger is Better: Real Life Wisdom from the No-Drama Mama. She has also appeared on Celebrity Wife Swap and Couples Therapy with her husband, Neil Murphy.

Estimated net worth: $12 million. NeNe is Bravo’s highest paid star, earning herself $1.5 million per season of Real Housewives of Atlanta, and her stint on the reality TV circuit extends to include Celebrity Apprentice, and Dancing With the Stars. She has also earned her moola by appearing on Broadway’s production of Cinderella, publishing books like Never Make the Same Mistake Twice: Lessons on Love and Live Learned the Hard Way, and starting her own television production company called NeNe Leakes Entertainment. She also owns a clothing line for the Home Shopping Network. While Bravo recently cancelled plans for NeNe’s spin off, Nene and Kim: Road to Riches, we’re not too concerned about NeNe’s bank account. We can’t wait to see what she comes up with next!

Estimated Net Worth: $25 million. At the age of 18, Conrad won the affection of many after appearing in MTV’s reality television series Laguna Beach: The Real Orange County. After two seasons on the show Conrad was commissioned to star in her own spin-off series, The Hills that chronicled her life alongside some extremely memorable cast mates like Heidi Montag and Spencer Pratt. In 2009, Conrad left The Hills and subsequently started her own fashion lines LC Lauren Conrad in 2009 and Paper Crown in 2011. She has also authored a trilogy called L.A. Candy and a spin-off series called The Fame Game. She is married to former musician and law school graduate William Tell and is estimated to be worth a whopping $25 million!

Estimated Net worth: $25 million. When you make $40,000 per episode of Real Housewives of New York City, it doesn’t take a long time to amass a fortune! As an American reality television personality who got a start on The Apprentice: Martha Stewart before moving over to Bravo with the Real Housewives series and spin offs like Bethenny Getting Married? and Bethenny Ever After. She’s hosted talk shows, wrote self-help books, worked as a chef, and is an incredibly successful entrepreneur having built herself a “Skinnygirl” empire. When Frankel sold her Skinnygirl cocktail company in 2011, she reportedly netted $100 million! I’d say that’s a pretty fat pay day for this skinnygirl.

Estimated Net Worth: $85 million. Say what you will about the Kardashians being talentless hacks, but the Queen Bee of the Kardashian empire is worth an estimated $85 million, according to Celebrity Net Worth, and that’s nothing to scoff at! So, she may have got her start in some controversial ways, but the notoriety earned her a reality television series Keeping Up with the Kardashians. The show has spawned spin-offs Kourtney and Kim Take New York and Kourtney and Kim Take Miami and has landed Kim modelling, hosting, and acting jobs all over the place…even if those acting gigs have earned her several Golden Raspberry Awards for Worst Supporting Actress. In June 2014, Kim released a mobile game called Kim Kardashian: Hollywood, the object of which is to become a Hollywood star. By July, the game’s developer announced that the game was the fifth highest earning game in Apple’s App Store. Now, married with children to Kanye West, Kim Kardashian has officially become American royalty. 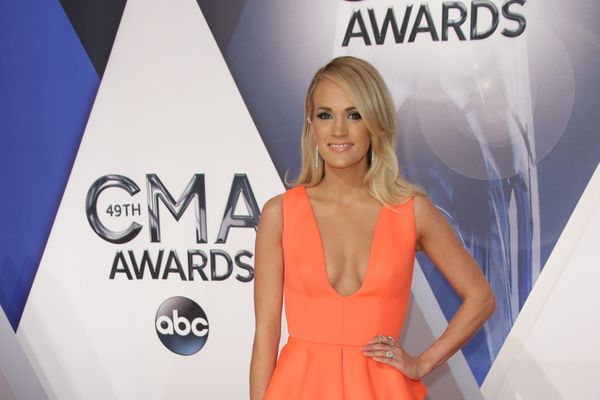 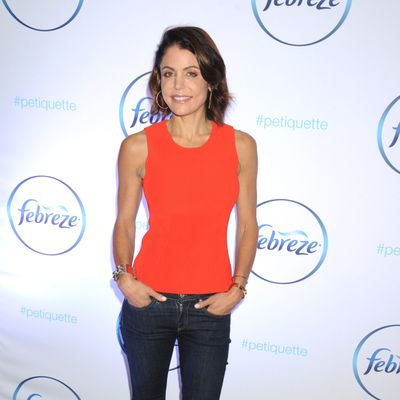