8 Stars You Forgot Were On Days Of Our Lives

Daytime drama legends have been made on Days of Our Lives (DOOL). Joseph Mascolo played the role of Stefano DiMera, one of the most hated villains in soap opera history. Drake Hogestyn has played the iconic mystery man known as John Black for decades now and Alison Sweeney’s is best known for her infamous Sami Brady character. The show has seen and (in some cases) provided a launching pad for many successful Hollywood actresses and actors over the years. Below is a list of eight stars you may have forgotten were on DOOL!

Before Greg Vaughn stepped into the role in 2012, Jensen Ackles played Eric Brady on DOOL. He was rolled up in all the Salem teenage drama when he entered the role in 1998. Ackles would move on from soaps in 2002 to join the world of primetime where he’s been on shows like Dark Angel, Dawson’s Creek, Smallville, and Supernatural.

Barber and the rest of the Full House crew have a new lease on Hollywood thanks to the smashing success of the Netflix reboot Fuller House. Before she enjoyed basking in her Full House fame as Kimmy Gibbler, Barber was the original Carrie Brady on DOOL. She played the child character from 1982 to 1986.

Most people recognize Hollywood actress Frances Fisher as the mom to Kate Winslet’s character in the highly-acclaimed 1997 Titanic film and she was also married to Clint Eastwood at one point in time. But how many fans remember her short stint on DOOL? It may be hard to recall, as Fisher had a small role that only extended to two episodes in 2011. Alas, she played the neighbor to Rafe and Sami, Gladys Pierce.

Shirley Jones has had an incredible career in the entertainment world with roles in film, stage, musicals, and television. She also dabbled in soap operas with a huge DOOL role in 2008 as Colleen Brady. While the stint was short-lived, the character created a tremendous impact on the show, revealing the true reason behind Stefano DiMera’s vendetta against the Bradys. It also seemed like she had finally shed some light on who John Black really was when it was announced that he had been her long-lost illegitimate child. Alas, that ended up being false as the years progressed.

Jack Coleman is an accomplished primetime television actor with roles in some pretty popular shows, including Dynasty, Heroes, The Office, and Castle, but did you also know that he got his start on DOOL? Coleman played Jake Kositchek, who also appeared as the Salem Strangler on Days of Our Lives from 1981-1982.

While Ashley Benson has received a lot of attention for her Pretty Little Liars role, there was once a time where she partook in a little daytime drama. Benson played teenage Abigail Deveraux, the daughter of DOOL super couple Jack and Jennifer Deveraux. She was in the role from 2004 to 2007.

Vivica A. Fox has a long list of Hollywood accolades on her resume. She is a successful television and film actress who is well-respected in the industry when it comes to her acting. However, much like many stars in the business today, Fox got her first big acting job working on none other than DOOL! Entering Salem in 1988, Fox played a character known as Carmen Silva.

This lady may not need an introduction. She’s known for her work on That ‘70s Show, Ted, Bad Moms, and her highly-publicized marriage to fellow Hollywood actor Ashton Kutcher. But before all that, a young 11-year-old Kunis played Hope Williams Brady on DOOL in 1994. It was a one-off appearance, but her first one on television. Clearly it helped warm her up to the idea of acting in the long run. 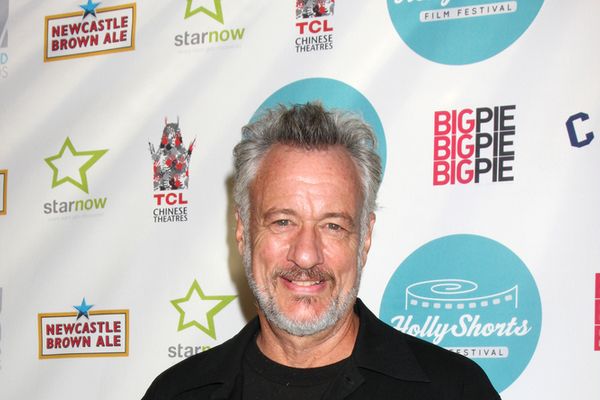