8 Things You Didn’t Know About ‘Black-ish’

The ABC sitcom Black-ish is still a relatively new show with only two seasons under its belt, but it’s already broken down many barriers and become one of the most talked about shows on the air right now as it tackles important issues like racism, diversity and even police brutality. The series tells the story of The Johnson’s, a middle class African American family living in a classy neighborhood starring veteran actors like Anthony Anderson and Tracee Ellis Ross. Black-ish has received widespread critical acclaim, receiving many nominations and awards including two Emmy nominations in the category of Outstanding Comedy Series. The series is about to begin its third season so we’ve decided to take a look at 8 things you might not have known about the popular series, Black-ish!

8. The Show is Somewhat Autobiographical

The show isn’t necessarily a biography, but show creator Kenya Barris has stated that he drew comparisons from his own life, as well as lead actor Anthony Anderson, who is also an executive producer on the show, when he created the Johnson family. “Kenya and I sat down two years ago and conceived the show. The show in its original form was about both our families. We’re products of the inner city — Kenya from Inglewood and me from Compton — and both of us are first-generation successful. All of our children are in private schools, and we’re the only blacks living in our respective neighborhoods. When we met for the first time, we met to talk about business, but we ended up talking about each other and found out that we had more in common than not,” said Anderson. For example, matriarch Rainbow Johnson is a bi-racial anesthesiologist while Barris’s own wife, who is also named Rainbow, is an anesthesiologist with a white father and black mother. Unlike Anthony, Tracee has stated that she’s actually nothing like her character, Bow. In real life, Tracee was raised by a famous mother, Diane Ross and is often found wearing heels, accessories and makeup while Bow is much more low key and has a more average, day-to-day comfortable attire.

Barris has also stated that many of the ideas for episodes come from his own real life experiences with his kids, in particular the conversations he has with them. One episode that stands out in many peoples minds is the episode titled “Hope” from the second season when the family discusses police brutality. Jack, the youngest son, asks his father “Why are all these people so mad?” when he sees the news footage. In an interview with the Washington Post, Barris talks about using his son’s questions as a guideline of how to tackle this issue on the show. “I didn’t want to change or skew [my son’s] point of view because he has to grow up in this world. I spoke to a lot of people that I know, other parents…and friends and that was an issue that – whether it had been about police brutality or whatever – a lot of parents are having to go through right now.” Similar to Barris, Anthony Anderson has contributed a lot of his own real life experiences to the show. For example in the pilot episode when Dre throws his son a bro mitzvah, this is something that Anthony Anderson did for his son in real life. In an interview with Anderson, he said, “My son came to me one day and told me that he didn’t feel black and wanted to have a bar mitzvah, so I met him halfway and threw him a ‘bro mitzvah,’ and you see that in the pilot.”

6. The Story Behind the Name

The title of the show sparked a lot of controversy when the show was first released back in 2014. People seemed to think they were trying to define what “black.” Kenya Barris said the title of the show is a reflection of his anxieties about raising children in a more privileged world than he knew as a kid: “it really speaks towards the homogenized society we’re living in today…If you look at the main character, Andre Johnson, from his eyes, he’s raising kids and a family in a time where he looks around at his kids and he feels like their idea of being ‘black,’ from what he remembers growing up, is different from what it was for him,” said Barris. On the show, the main character, Andre sees his kids going to Macklemore concerts and skateboarding, which is completely different from what he saw growing up as a black kid. According to Barris, their world is a little more “filtered, subtracted, watered-down” version of what he’s used to and so they’re kind of ‘black-ish’ in that version. It also reflects how in general society has becoming this sort of converged culture where “it’s all become sort of this one thing, and we’ve all sort of merged into this big homogenized pot of where we’re [borrowing] from each other. And everyone else, in his eyes, has become a little bit more ‘black-ish.'” Other potential titles that were thrown around were The Johnsons and Urban Family.

It doesn’t happen often, but sometimes things that weren’t initially written into the script make it into the final cut of a scene and Dre’s back flip was one of them! During the pilot episode, the Johnson’s are at their son’s bro mitzvah and Dre goes onto the dance floor to do a back flip, but lands flat on his back! According to Marcus Scribner, who plays Andre Jr, that incident was not part of the script — Dre accidentally wiped out. “One of my favorite moments was in the pilot episode actually, there’s one part where Anthony does a flip in one of the scenes and he lands on his back. I think that everybody in the entire room thought Anthony died. We all rushed over to Anthony like, ‘Are you okay? Are you okay?’ He just kept moving and it made it…into the show. So, fun fact: that was not scripted or planned we were all actually worried for Anthony’s safety,” he joked.

The Johnson twins, Jack and Diane are named after the John Cougar Mellencamp’s 1982 song about “two American kids doing the best they can.” They chose those two names from that iconic song is one of Barris’s (and Rainbow’s) favorites. During an episode in season 2, the show finally gave a shout out to the song when Bow does a rendition of the song’s famous guitar opening. She is trying to explain to her twins that they belong together, but tries to avoid revealing the creepy fact that Jack and Diane are a couple in the song. In an interview, Barris talks about choosing these two names and said, “The wife in the show names the twins Jack and Diane much to [her husband’s] dismay because that was her favorite song growing up, and because she grew up in a different environment than he did,” said Barris.

The set of Black-ish is designed really well to make it look like an actual home that reflects the characters who live there. The art hung throughout the Johnson’s home are real pieces by well known black artists. Also the photographs placed throughout the house are real childhood photographs of the kids. While giving tours of the set, Tracee revealed that she stashes copies of the script and her cell phone in various drawers on set, just in case she needs to review her lines. Unlike many other sets, this one is basically the size of an actual house besides the fact that the doors and windows are wider to fit the cameras and the second story of the home is set up on the first floor. There are signs all over the set, particularly on the beds that warn people not to sit on them, but many of the cast members have openly stated they ignore them and frequently take naps on the furniture while filming!

2. The Cast has Impressive Dance Skills

In an interview with Essence, Yara Shadhidi revealed a little behind the scenes secret from the set of Black-ish. She said fans would be surprised to learn that the cast participates in a lot of dance offs! “Dance offs. A lot of dance offs. It’s surprising,” said Shadhidi. When asked about who the best dancer is, she said: “It’s between, well being completely biased I would think I would be the best dancer. But Anthony can break it down. He can salsa, he can do the worm, he can do the worm. It’s pretty trippy!” she said. But there’s some stiff competition amongst the cast because he youngest onscreen son, Miles Brown, who plays Jack, made a name for himself as the dance sensation Baby Boogaloo when he appeared on The Ellen DeGeneres Show when he was only 4-years-old — we think this should be incorporated into one of the episodes!

Tracee Ellis Ross plays the character of Rainbow “Bow” Johnson, Dre’s wife and the mother of their four children. In real life, Tracee is the second eldest child of the iconic singer, Diana Ross! She grew up in a house where Michael Jackson was a family friend and Andy Warhol painted her portrait. Diana is extremely proud of her daughter’s acting career, and in an interview with Miles Brown, he told Ellen that Diana Ross came to the set to visit one day! She then invited the entire cast to sit up front at one of her concerts and during her performance she invited them all up on stage to dance! Talk about work perks! He also said that she gave him the best compliment when she told Brown he reminded her of Michael Jackson. 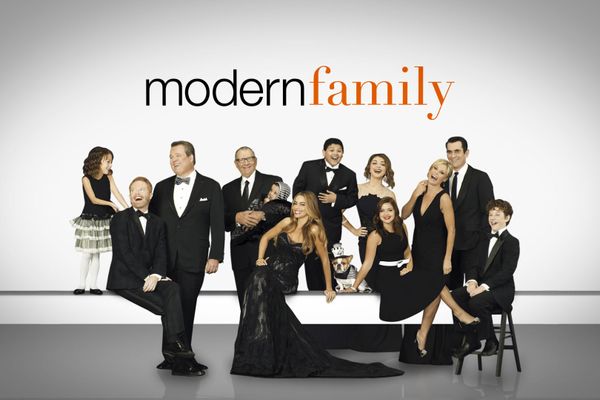