This Grammy-nominated country singer and songwriter has experienced huge fame only within the past few years after the release of hit songs like “Tomorrow,” “Aw Naw,” “Who I Am With You,” “Lonely Eyes,” and “I’m Comin’ Over.” Chris has worked hard for his career, but to some fans he might seem like an overnight success. But lately, he’s earned his stripes with numerous singles that have all hit number one on the Billboard County Chart. Now he’s all over the radio, selling out shows and he has been dubbed one of the country musics hottest bachelors! In honor of his upcoming birthday he’s a look at some things you probably didn’t know about Chris Young:

8. He Competed on a Singing Show

In 2006 he competed on the show, Nashville Star. He performed the song “Drinkin’ Me Lonely” and won! After the competition he received a contract with RCA Records and publicly released the single, “Drinkin’ Me Lonely.” The song was a moderate success peaking at 42 on the Billboard Hot Country Songs chart. He then released “You’re Gonna Love Me” which also wasn’t a huge hit, but garnered a bit of success. It wasn’t until his third release of “Voices” that he broke the Top 40 charts.

Chris Young attended two different universities — first he went to college at Belmont University in Nashville, but dropped out and enrolled at Middle Tennessee State University in Murfreesboro. During his time at college, he juggled music and his education. Chris toured and performed more than 150 times while in school! “It was a great way to get experience. I had a seven piece band and we played three nights a week. Plus there were major acts constantly going in and out of there, so I’d get to watch their show and see how they worked the crowd. It was a good learning experience for me,” he said.

His grandfather is Richard Yates, a performer on the Louisiana Hayride. “My grandfather sang and played my whole life, and I would love to follow in his footsteps,” he said. He was raised by his stepfather, Michae, who he calls “dad.”

Great photo with my old man and my sis from family dinner tonight. Love my family! A photo posted by Chris Young (@chrisyoungmusic) on Jun 21, 2015 at 9:24pm PDT

His full name is Christopher Alan Young. He was born in 1985 in Murfreesboro, Tennessee. He started becoming interested in performing while in middle school when he enrolled in children’s theater productions and took vocal lessons. By the time he was in high school he was performing in Nashville at local clubs and music scenes.

Chris’s greatest fear while performing is forgetting the lyrics to his songs. In an interview with Glamour he said, “It’s gonna happen when you’ve been lucky enough to do it for a while, but you almost laugh it off. When I first started I thought, ‘Oh my God, this would be awful. I wouldn’t know what to do.’ Now I’m so used to being on stage and being comfortable with crowds that you just go with it [if it happens]. What are you gonna do, stop the show and start over? You just go with it and laugh about it.”

He’s a bit of a know-it-all when it comes to country music history. He told Glamour in an interview, “I’m a really big country music history person, even when I was 20. I grew up listening to a lot of stuff with my grandfather that was from the beginning of country music — just stuff that kids my age were not listening to, so even though what I do doesn’t always reflect that, there’s that love from where it came from.”

When Chris Young started out he was the winner of Nashville Star, so his first tour was with the show and then he became an opening act for other big names in the industry like Rascal Flatts and Kellie Pickler. He’s still a relatively new artist, but has made huge leaps within the past few years. Chris received many nominations and even has a few wins under his belt! He got his first Grammy nomination in 2010 for the single, “Gettin’ You Home.” He also won a CMT Award in 2010 and in 2011 won two American County Awards as Breakthrough Artist of the Year and Single of the Year for his hit “Voices.” Then in 2014 he won an award from the British County Music Association for International Act of the Year.

Chris used his real family for the music video of the hit single “Voices.” You’ll be able to spot his dad, mom and more relatives in the video. The only member who wasn’t in the video was his sister Dot who serves in the armed forces, but he made sure a picture of her made it into the video. 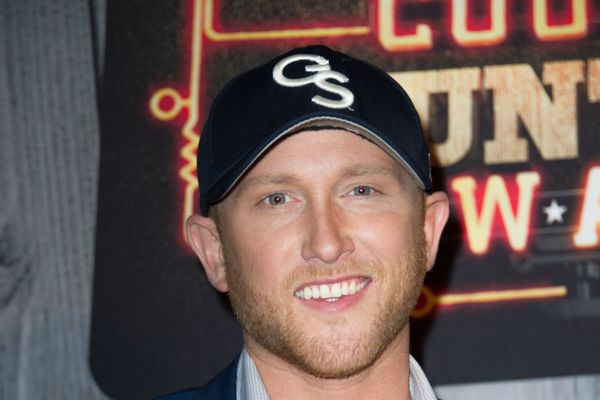