Cindy Crawford and Rande Gerber have one of the most solid marriages in Hollywood. They have been together for 20 years now and are still going strong. These two are definitely in it for the long haul! Since they have yet another anniversary coming up, here are 8 things you didn’t know about the gorgeous couple:

The supermodel and the nightlife industry entrepreneur met back when she was still married to Richard Gere. “We met at my agent’s wedding. When I met him I was still with Richard [Gere] and he didn’t want to go to the wedding with me…Rande also had a girlfriend at the time so he wasn’t looking to meet anyone either and that’s the best time to meet someone because that’s when you’re truly yourselves. We became friends and after Richard and I broke up then we started dating,” she told Harper’s Bazaar.

Before Crawford and Gerber were lovers, they were friends. Crawford believes that this underlying friendship is what has made their relationship so strong. “We started off as friends, and I know that Rande and I, we will always be friends, no matter what,” she said during Oprah’s Master Class. “Being rooted and based in friendship, it keeps the relationship elevated. There’s always a certain level of respect. We respect each other’s opinion about parenting and our personal life, but also for work stuff . . . We really listen to each other. I would want that friendship in my life no matter what.” In a separate interview with Entertainment Tonight, Gerber shared a similar sentiment. “We started as friends and we remained friends. You have to just keep that friendship and fun in the relationship,” he said.

Cindy and Rande were married in a low-key ceremony in the Bahamas. It was so low-key that even her stylist didn’t know that she was getting married. “I actually told a stylist friend of mine that I had to go to a black-and-white party, so to bring me some black dresses and some white dresses, because we didn’t tell anyone we were getting married,” she told Harper’s Bazaar. “That was just one of the white dresses and it was perfect. It was off the rack Galliano, and I love it.” The dress was definitely unconventional and so was the ceremony — she and Rande walked each other down the aisle!

They have two children together: Presley Walker, who was born in 1999, and Kaia Jordan, who was born in 2001. Both of them are models. Presley has walked the runway for Moschino and Dolce & Gabbana, and has landed a Calvin Klein campaign, while Kaia has walked for Alexander Wang and is the new face of Marc Jacob’s Daisy fragrance.

Crawford and Gerber both know that one of the best ways to ensure a happy, healthy relationship is to have date night. “We do have date nights. It sounds a little cheesy, but that’s what it is – time for the two of us. We recently went to see The Hangover. My husband just lost his father so he really needed that kind of movie. It was an escape,” she told Redbook. “The kids go to bed at 9, and we also have that hour and a half at night before I go to bed, although in the summer the kids want to stay up later. I remember being a kid in summer and having the whole summer ahead of you. I want them to be able to stay in their pajamas all day if they want. That’s what summer is for. But we’re still figuring out bedtime, because I want that time alone with my husband.”

In 2004, a former employee, waitress Harmy Kubiak, came forward alleging that she had almost slept with Gerber. In 2009, two other waitresses came forward claiming they were wrongfully terminated after they declined his sexual advances. Gerber denied all of the allegations.

Cindy knows the way to keep the spark from disappearing is to make sure to keep her sex life with her husband alive. “If you just wait for the moment to strike, you’re going to have some dry spells. Sometimes you have to grease the wheels a little. You just need to make it a priority and say tonight is going to be the night. If you’re not in the mood, it’s easy enough to get into the mood,” she said.

Thanks for all the birthday wishes! Out with my man @randegerber for a @casamigos margarita! #betterthancake !

After all of these years, Gerber is still madly in love with his supermodel wife. “There are so many things I love about her,” he told Haute Living. “She’s still a small town girl at heart. The most important thing to Cindy is her family and making sure that we’re all happy. She’s so low-key despite her high-profile position. She’s someone who constantly gives back, who does so many things for so many people without asking for anything in return. She means the world to me.” 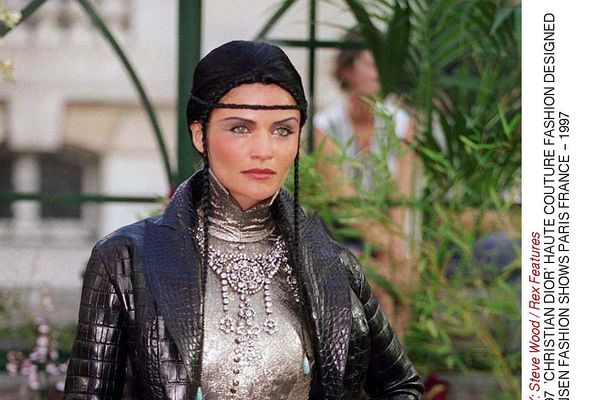