It is no secret that TV has changed a lot in a short period of time, but thanks to syndication, fans can still enjoy their favorite series of decades past. Despite a fairly short run, Gilligan’s Island is one of the most iconic series from the ’60s and is a show many have enjoyed again and again in re-runs. The show ran from September 26, 1964 to September 4, 1967 for 98 black and white episodes, which were later colorized for syndication in following years. Fifty years since the iconic show came to an end, here are 8 things many never knew about Gilligan’s Island.

Alan Hale Jr. was iconic as Jonas “The Skipper” Grumby, but as it turns out it was not easy for Sherwood Schwartz to cast the role. After many auditions, he finally decided upon Alan Hale Jr. and asked him to do a screen test. Unfortunately, at the time Hale was filming in Utah so he snuck off set, rode a horse to the highway, then hitchhiked to the airport in order to get to L.A. The very next day he did it again to get back to Utah in order to continue filming Bullet for a Bad Man.

While many assumed the series was shot in Hawaii, it actually began by being filmed in Malibu. After two episodes, however, the fog caused too much of a disruption in filming so they returned to L.A. and shot at CBS studio, and when not in use, the lagoon was drained and used as a parking lot. While the fog issue was taken care of, filming in L.A. meant that if they filmed too early or too late, microphones would pick up on all the traffic noise of the nearby Ventura Freeway.

In the original pilot, John Williams, who went on to compose for Star Wars, put together the theme song. One of the most important differences between Williams’ theme song and the one that would go on to be used by the band The Wellingtons are the lyrics. In the first song it says the group were on a “six hour ride,” which was eventually cut to “three hour tour” in the well-known theme song. This is important because many have questioned why they had so many endless resources on the boat for only a three hour trip, but six hours at least makes a little more sense.

Special effects certainly weren’t what they are today when Gilligan’s Island was filmed, so even the scariest or most dangerous stunts actually had to be done. Much of the cast did their own stunts, and one almost went badly for Bob Denver (Gilligan). During one of the last shots of the week, Denver’s character was supposed to be trying to hide from a lion only to realize the lion was in the hut with him. Unfortunately for Denver, the lion actually lunged at him, and as it happened, the twin beds Denver was standing on split apart and he fell as the lion trainer tackled the lion. Luckily no one was hurt.

Natalie Schafer was an interesting addition to the Gilligan’s Island cast. In the beginning, the actress only took part in the original series pilot Gilligan’s Island: Marooned because of the free trip to Hawaii. When she was on a holiday in Mexico, the actress received a telegram stating that the pilot had been picked up, she burst into tears because it meant she had to stay in L.A. to film and couldn’t move back to New York City. Interestingly enough, she made it part of her contract that there would be no close-ups of her on the show and that was because she was actually 13 years older than her on-screen husband Jim Backus. Although producers knew her real age, it wasn’t until the series ended that her co-stars found out her real age.

As one of Hollywood’s toughest men at the time, it came as a shock to many, especially creator Sherwood Schwartz, to learn that during filming Alan Hale Jr. had broken his arm and hadn’t done anything about it. Schwartz revealed that while the cast was celebrating the end of season one, Hale mentioned to Schwartz he could finally do something about his arm. He then told him, “Oh, I broke it a couple of weeks ago.” As it turns out, Hale did a scene three weeks earlier where he fell out of a tree, but missed the crash pads at the bottom, landing on his right arm. Hale then explained that he didn’t want to cause a problem with filming so he decided to just carry on without saying anything.

Despite the light-hearted comedy the show provided, and the friendships made on-set, the series did not go without its drama behind-the-scenes. According to many accounts, there was quite a bit of tension between Tina Louise, who played Ginger Grant, and the rest of the cast. It seems that for the most part, when the cameras weren’t rolling Louise would just ignore the rest of her castmates and they did the same. It seems that at the time she was cast in the role, Louise’s agent had told her that it was based around her as an actress that was stranded on island with six other people. Louise also thought that the series had ruined her career as a serious actress.

Back in 1964, all of the actors signed their contracts for the series, but thanks to her husband, Dawn Wells (Mary Ann) got the best deal. At the time the contracts guaranteed the actors pay for each episode plus residuals for the first five repeats of each episode. Since syndication hadn’t become widely used on TV yet, this contract made a lot of sense; however, Wells’ then-husband Larry Rosen told her to amend her contract about the residuals to extend it. Producers allowed the amendment because no one would guess the show would run in syndication for 50 more years. Thanks to her contract, Wells along with the estate of the show’s creator Sherwood Schwartz are the only two who still receive money for the series. 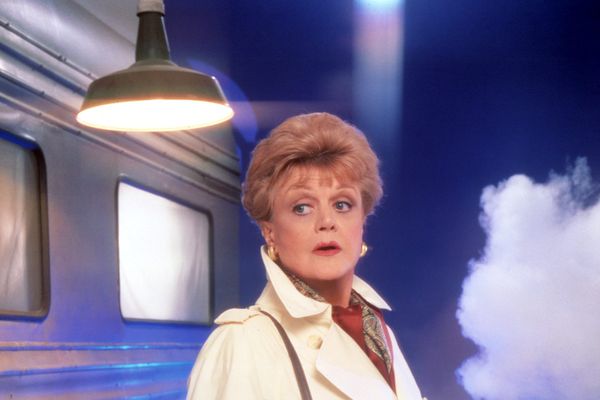