Heather Dubrow is also known as ‘Fancy Pants’ joined the cast of The Real Housewives of Orange County for season 7 in 2012. She and her husband, Terry Dubrow quickly became fan favorites on the show — she recently got her own podcast show and is the co-star of his own reality show called Botched with another former husband of a housewife, Paul Nassif. This actress and mother of four is often deemed the voice of reason and sometimes a little bit of a know-it-all, but we still love her for it. Heading into her fourth season this summer, here’s a look at 8 things you might know have known about Heather Dubrow:

Heather Dubrow was born in Bronx, New York in 1969. Her father is Jewish and her family has Ashkenazi roots in Austria, Hungary and Poland.

Heather and Terry Dubrow are easily one of the most favorite couples in the entire Real Housewives franchise. She married prominent Newport Beach plastic surgeon Terry Dubrow in 1999. These two met on a blind date of all things! She told US Weekly, “We met on December 7 — D Day — which [should have been] a warning.” The couple now has four children together, three girls and one boy.  They both star on a show together called After Botched, started a line of beauty products and are currently writing a book! These two are the ultimate power couple. Heather revealed when she first started filming on the show that she hadn’t legally change her name to Dubrow, but she eventually did during season 7 after she’d already been married to Terry for 12 years.

Heather’s fourth child was a surprise and “miracle.” In an interview with The Hollywood Reporter she said, “I keep talking about how I have this surprise fourth child and someone online was ragging on me about it last night, and the truth is that I had three children by in vitro. I had a lot of, personally me, not [my husband], but me, I had a lot of fertility problems. So to have a natural child was shocking, and I think I’m still a little shocked by the whole thing and I was ready to go back to work, my other three were in school full-time, and it really changed everything.” Heather refers to herself as a “busy mom on the go,” especially when she at one point had four children under the age of 8. Talk about a handful! She’s definitely what they call a super-mom.

The Real Housewives of Orange County wasn’t Heather’s first taste of being on screen. She’s an actress! Heather graduated from Syracuse University as a musical theater major aspiring to make a career on Broadway. However, she landed an TV audition in Los Angeles and never came back. She’s most well known for her appearances in the ’90s like in Jenny alongside Jenny McCarthy, Stark Raving Mad with Tony Shalhoub and Neil Patrick Harris, as well as a lead role in That’s Life with Debi Mazar. More recently she’s appeared on Hot in Cleveland, Malibu County and Hawaii Five-O.

When Heather was given the chance to become a housewife within the Real Housewives franchise, at first she was hesitant. She said her husband Terry was the one who encouraged her to do it. She said, “He thought it would be fun, and he thought it would be good for me. He basically didn’t talk to me for two weeks until I said I’d do it. That’s actually a true story. It’s a great platform, I mean, I don’t know, I guess if you ask me if I think it’s a good idea if I did this show, ask me in four months. But in general, it was an opportunity, Terry and I discussed it, and we decided that the pros outweighed the cons.”

As much as her co-stars on RHOOC like to rag on her and call her “Mrs. Fancy Pants,” Heather claims she’s not pretentious at all. She doesn’t look down upon people or put value on material things, despite being wealthy or having a seemingly over-the-top life she tries to reassure fans there’s more to her than what is shown on Real Housewives. She said a lot of what is heard on the show is edited down to a little snippet so it’s wrong to make judgement based on one little comment. “I’m actually very jokey, and on the show I tell this story about the way I got proposed to, but it’s a joke, I love my husband. You know I married him, not a ring, not a proposal, but it’s kind of a funny story. You heard a piece of it, so if you don’t think it’s funny and you think it’s pretentious, that’s all right. But in general I am not a pretentious person. I do like nice things, we do live in a great house, but I don’t choose my friends by how much money they have or what labels they’re wearing.”

Heather is a former pageant queen. She was named Miss Greater Syracuse (N.Y.) in 1989 and Miss Congeniality at the 1989 Miss New York State Pageant.

Heather and Terry made headlines last year, but not for any good reason! The two business moguls were scammed out of nearly $2 million! Heather was very candid about the experience on her podcast, Heather Dubrow’s World. She said, “We felt we were making a calculated, risk-free investment and it turned out not to be so. And really, it comes down to a matter of trust. Who do you trust? Who can you trust? And, you know, you think you have people you’ve known for years and years, and it turns out they’re not who you think they are.” The couple was offering a $25,000 reward for any information that would lead to the arrest of Jennifer Lindsey Bell, the alleged woman who they say is responsible. Dubrow said Bell fled the country and is most likely onto her next victim.

Trying to catch this lady! #THIEF #CONARTIST Listen to #HEATHERDUBROWSWORLD and hear how we got scammed out of 2 million$ by our accountant GARY HOFFMAN of Hoffman and Nardone, attorney STEVE CZIK and JENNIFER BELL. @iTunes @podcastone heatherdubrow.com #RHOC #BOTCHED #HAMBURGLER #mustmaintainasenseofhumor   A photo posted by Heather Dubrow (@heatherdubrow) on Dec 16, 2015 at 7:02am PST 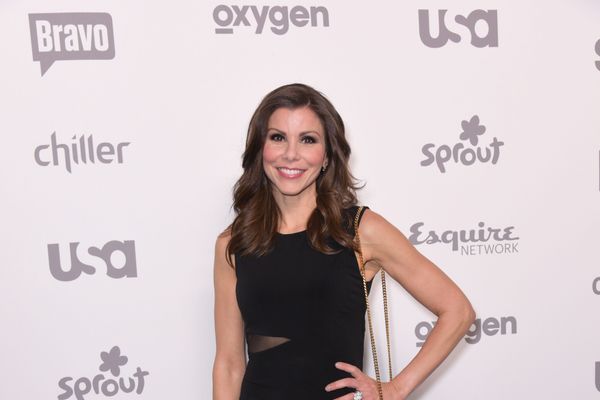