LuAnn de Lesseps, otherwise known as the Countess, rose to fame when she was cast as a regular member of Bravo’s Real Housewives of New York City. The Countess made a name for herself on the show using her royal title as fuel for her preachy personality and condescending attitude — it didn’t always help her make friends! Regardless, LuAnn has been through a lot in the past 8 years on the show and fans are dedicated to her success. As one of the original housewives, LuAnn joined the cast back in 2008 and maintains strong friendships and a long history with many of the regular cast members on the show. Since it is her birthday, here’s a look at 8 things you probably didn’t know about LuAnn de Lesseps!

Like many of her co-stars, LuAnn is not just a housewife, she’s also a businesswoman! When she first started out on the show back in 2008 she was married to a Count and upheld her title as Countess like a full-time job, but once she joined the show she began working on other projects. In 2009 she got divorced and also wrote a book about manners and etiquette called, Class with the Countess: How to Live with Elegance and Flair. Unfortunately the book wasn’t well received and she recently revealed that she didn’t even write the book — it was written by Diane Reverand. Since then LuAnn has moved onto a more successful business venture in fashion with a clothing line called The Countess Collection featuring affordable clothes and jewelry.

7. She’s a Singer and Actress

LuAnn is not the first housewife to use her platform on the show as a launching pad for a singing career (e.g. Gretchen Rossi, Melissa Gorga, Kim Zolciak). More often than not, it usually doesn’t work and with LuAnn it hasn’t been much different, but it seems she does it more for pleasure rather than as a business venture. She hasn’t had much success with her singles, but continues to release new songs here and there. Her first single was called “Money Can’t Buy You Class” in 2010 and she released another in 2011 called “Chic, C’est La Vie.” In 2011 she also tried to break into the acting scene with brief appearances in the pilot of the television series Eden and Law & Order: Special Victims Unit as Cindi. LuAnn took another stab at a singing career in 2015 when she released the dance mix “Girl Code.”

6. Married to a French Aristocrat

LuAnn was married to Count Alexandre de Lesseps for 16 years which is how she got her coveted title as Countess. She was his fourth wife and the couple share two children together, Victoria and Noel. The two divorced in 2009 and despite being on good terms now, the marriage ended badly, with rumors of infidelity and drug and alcohol abuse. He reportedly sent her an email asking for a divorce and stated he had met someone else who happened to be the Ethiopian Princess Kemeria Abajobir Abajifar. Ouch!

She’s a former Wihelmina model; however, it has never been confirmed by any other source than herself. In an interview with US Weekly she said her medical knowledge and flexible hours made it easy for her to book modeling gigs. “I could do ‘double duty’ and serve as the medical staff for a shoot.” She also said she traveled to Europe as a model.

4. Worked as a Nurse

Before LuAnn got into modeling, she worked as a nurse! In an interview with Forbes.com, she said, “I knew that nurses were always in demand and that I could have a fulfilling career in the health field.” She didn’t opt to work in a bustling hospital, but rather in a home for the elderly. “I took every opportunity to chat with the rest homes elderly residents and found that I had an affinity for helping people.” She does admit it wasn’t her first career choice. She went into nursing because her gig as a secretary didn’t work out so she enrolled in nursing school.

We’ve all heard LuAnn talk about her unique descent; in fact she raised some eyebrows in earlier seasons when she somewhat insulted the Native American culture (and offended Carole Radziwill) by calling herself an “Indian” and made some ignorant gestures that appeared to mock their culture, but nonetheless it’s true — she’s of Algonquin and French descent on her father’s side and her mother is French Canadian. LuAnn is fluent in French and so are her children which is pretty cool!

Despite her current life of luxury, LuAnn wasn’t raised in the ritzy fashion she now lives. She was born in 1965 into a “working class family” in Berlin, Connecticut, under the name LuAnn Nadeau. She has six siblings, but so far none of her family has appeared on camera with her. In fact, she never talks about her past which is seemingly odd, so many people suspect she is “embarrassed” of her upbringing. Her father was a concrete manufacturer and his company is still up and running, but is now owned by two of her brothers.

LuAnn married Thomas D’Agostino Jr. on New Year’s Eve 2016. So, who is her husband? Thomas is the President and CEO of Smart Source and had a brief relationship with Sonja before he met LuAnn! Another tidbit of interesting information, he previously dated fellow housewife Ramona Singer and had a ‘friends with benefits’ situation with Sonja Morgan. In an interview with Jenny McCarthy, she asked the uncomfortable question of whether it bothered LuAnn that her husband-to-be had been involved with her co-stars and friends, but she replied, “I couldn’t care what happened. I don’t blame him for doing Sonja, I would do Sonja if I was a man. I totally get it, she’s hot.” 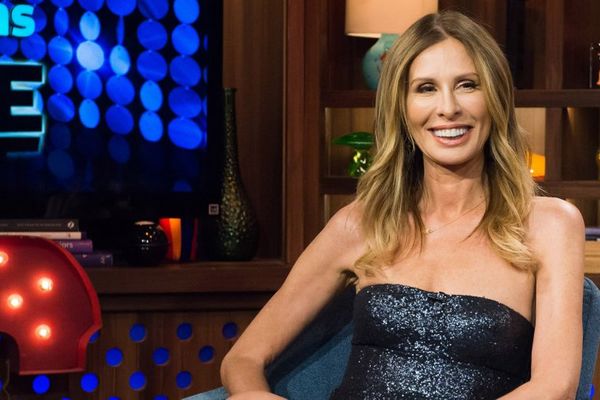