Before ER and Grey’s Anatomy there was St. Elsewhere, a medical drama comedy series about a financially strapped Boston hospital, St. Eligius, and its beleaguered staff, that ran from October 26, 1982 to May 25, 1988. The show starred Ed Flanders, Norman Lloyd and William Daniels and was produced by none other than Gwyneth Paltrow’s father, Bruce Paltrow. It’s been almost 30 years since the show went off the air, so we’ve collected these things 8 things about television’s pioneer medical series:

NBC wouldn’t agree to let St. Elsewhere begin production until the network saw 10 scripts for the show. Production started on the show while Paltrow was finishing work on the movie A Little Sex, so actor-director Lou Antonio was at the helm for the first episode. When Paltrow returned from filming, he didn’t like what the show was becoming and production was shut down. “When (Paltrow) got back and he saw the rushes, he didn’t like the look of the show at all, so he closed down. He fired the cinematographer. He put in a ceiling on the show so it wouldn’t look like Dr. Kildare – a sparkling hospital. We had to go to MTM to get permission to do that because they took quite a hit financially,” William Daniels, who played chief of surgery Mark Craig, told Indie Wire. Those weren’t the only changes that Paltrow made. Director Lou Antonio was replaced with Thomas Carter, and Josef Sommer and David Paymer’s roles were recast as well.

During the production shutdown, many of the younger performers were terrified that they were going to be fired. “I worked one day because I had one scene and then we shut down. I remember I heard there was going to be a shakeup in the cast. I was afraid I was going to get a call from Bruce Paltrow saying they were going to find somebody else for my role. I sat around for a couple of weeks, wondering what was going to happen and then my phone rings one night about 8:30 and the voice says, ‘This is Bruce Paltrow.’ I said, ‘Please Mr. Paltrow, don’t fire me. Give me a chance. I’ll get better.’ He just started laughing. ‘No no no. You’re fine. I just wanted to let you know we’re going back into production in another week.’ I started crying I was so relieved,” Terence Knox, who portrayed resident Peter White, told Indie Wire.

Once production resumed, many of the characters’ status remained fluid. Some roles went from being minor to regular status while other parts that were intended to be recurring disappeared altogether. Many of the characters who were marked for an early exit or limited appearance found that their roles grew after Paltrow and his writers saw potential in them. One example of this was Ed Begley Jr.’s Dr. Victor Ehrlich and William Daniels’ Dr. Craig. Both of their characters were planned as minor roles.

5. Famous Friends and Family Were Paged

The names of the doctors paged over were often friends and family members of the cast and crew. In fact, during some of the episodes, if you listen closely, you can hear a page for Dr. Gwyneth Paltrow, the series’ executive producer Bruce Paltrow’s now famous daughter.

The writing on the show was considered top notch, so the show attracted a lot of big name performers. “The writing was so strong that very good actors who were not on the show would request to be on the show because they knew they’d get very good scenes to play,” William Daniels told Indie Wire. Some of these big name actors included Alan Arkin (who played Jerry Singleton) and Emmy nominee Piper Laurie, who played his wife, Fran.

Despite the show’s high standing amongst critics, it was never received strong ratings; however, it managed to survive six seasons because it attracted a relatively small but highly desirable audience of young, affluent viewers that attracted plenty of advertising dollars to NBC. The show was cancelled after six seasons though because it cost more to produce than what NBC paid to broadcast it and the prospect of recouping those deficits through syndicated reruns looked bleak, so NBC didn’t want to put more money into it. “Hour shows are just not selling into syndication; the market is saturated with them,” Paltrow told The L.A. Times. “And because we were never a hit, we didn’t have the firepower behind us to make the syndication business.”

The show encountered a couple of lawsuits during its tenure. In 1987, Humana Inc. sued NBC over a storyline in the show where the hospital was to be sold to a for-profit medical corporation and renamed Ecumena, which would change the hospital in both positive and negative ways. Because of the lawsuit, St. Elsewhere had to show a disclaimer at the beginning of each episode that read that the drama had no connection to Humana, which operated 86 hospitals. The following year, the American Association of Neurological Surgeons filed a $10 million lawsuit against NBC and the creators of St. Elsewhere after an episode linked a Chicago-based medical society to adultery, philandering, male chauvinism and lawbreaking.

When the series was going to be cancelled after its sixth season, the show’s writer Tom Fontana pitched several ideas for how the story should wrap up. One of these included two doctors having a conversation when they’re interrupted by a nearby explosion that kills everyone while another one had one of the doctors confessing to be the second gunman in the JFK assassination and then pulls the gun on his colleague. Paltrow wasn’t a fan of either idea, but he didn’t mind the snow-globe ending, which implied that the entire series was just the fantasy of an autistic body. While some viewers were okay with the ending, others absolutely despised it. 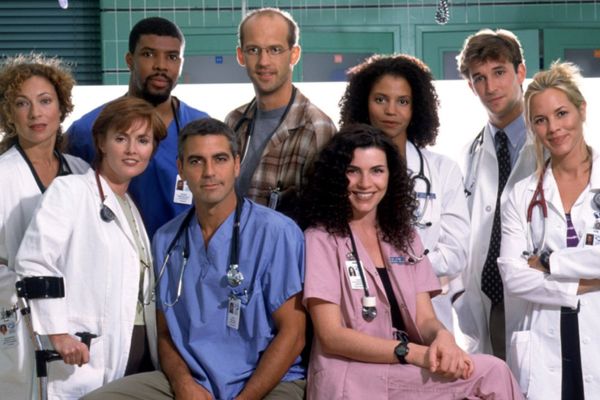 10 Things You Didn’t Know About ER